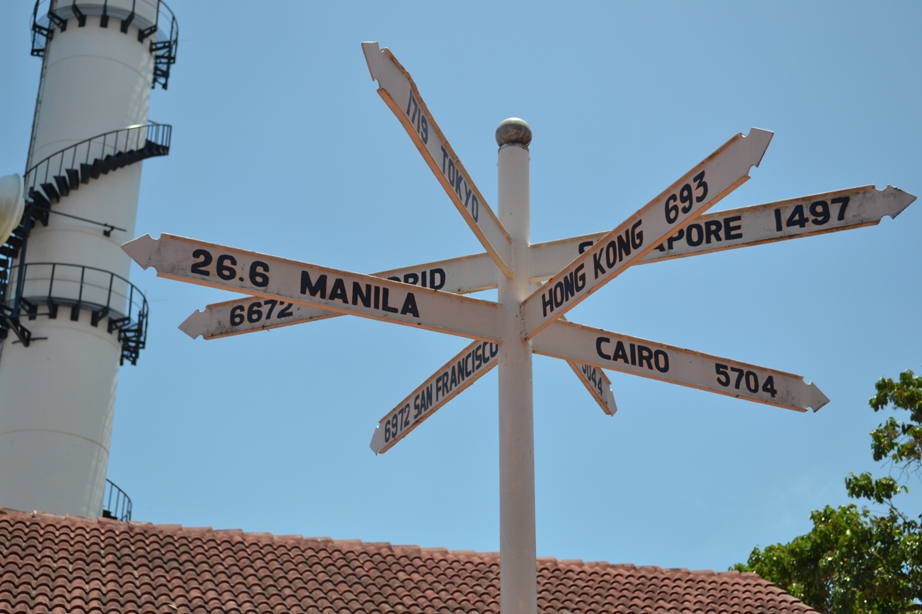 Have you been to Corregidor Island?

If you live in Manila, you probably haven’t. It’s so ironic that the places near us are the last ones to be visited.

I have been all over the Philippines, and have lived in Manila for over 18 years, but it wasn’t until I was invited by Sun Cruises (through Ivan Henares) that I got to go to Corregidor.

Corregidor is a small island in the mouth of the Manila Bay, standing guard against foreign invaders during World War II. It is tadpole shaped, and served as the headquarters of American forces in the 1940s.

Nowadays, all that’s left of them are buildings in ruins, tunnels, and a number of large weapons that serve to remind us that what freedom we enjoy today we owe to the brave men and women in our past.

Sun Cruises, the only ferry service going to Corregidor, is promoting the island as a premier tourist destination: it is history, adventure, and family fun combined.

Our group of travel bloggers chose the Adventure Challenge, and since there were 12 of us, we got split up into two groups: the Orange and Red Teams. We were equipped with a flashlight, an adventure kit (water, energy bar, sunscreen), lots of good luck from the Sun Cruises crew, and off we went! 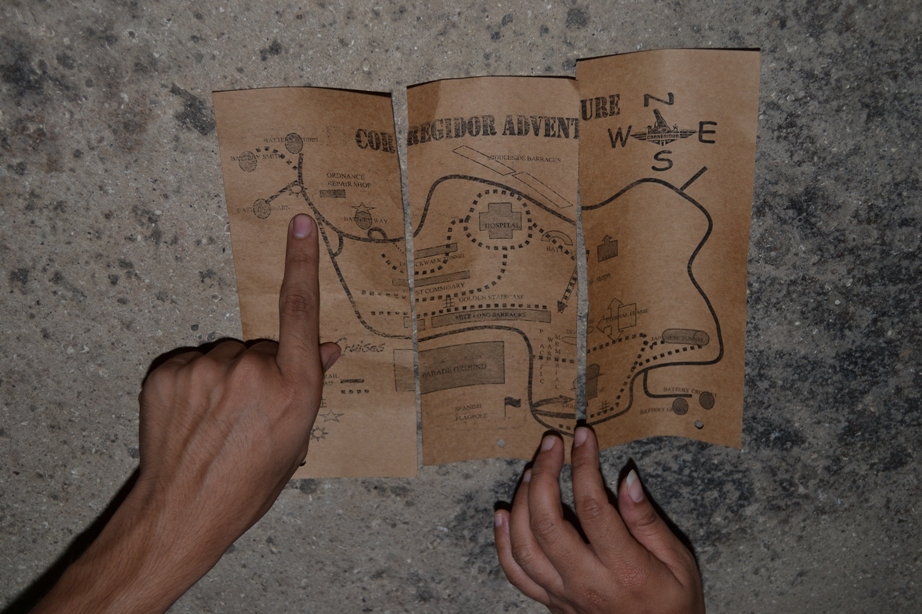 We had to look for the pieces of the map in three locations. 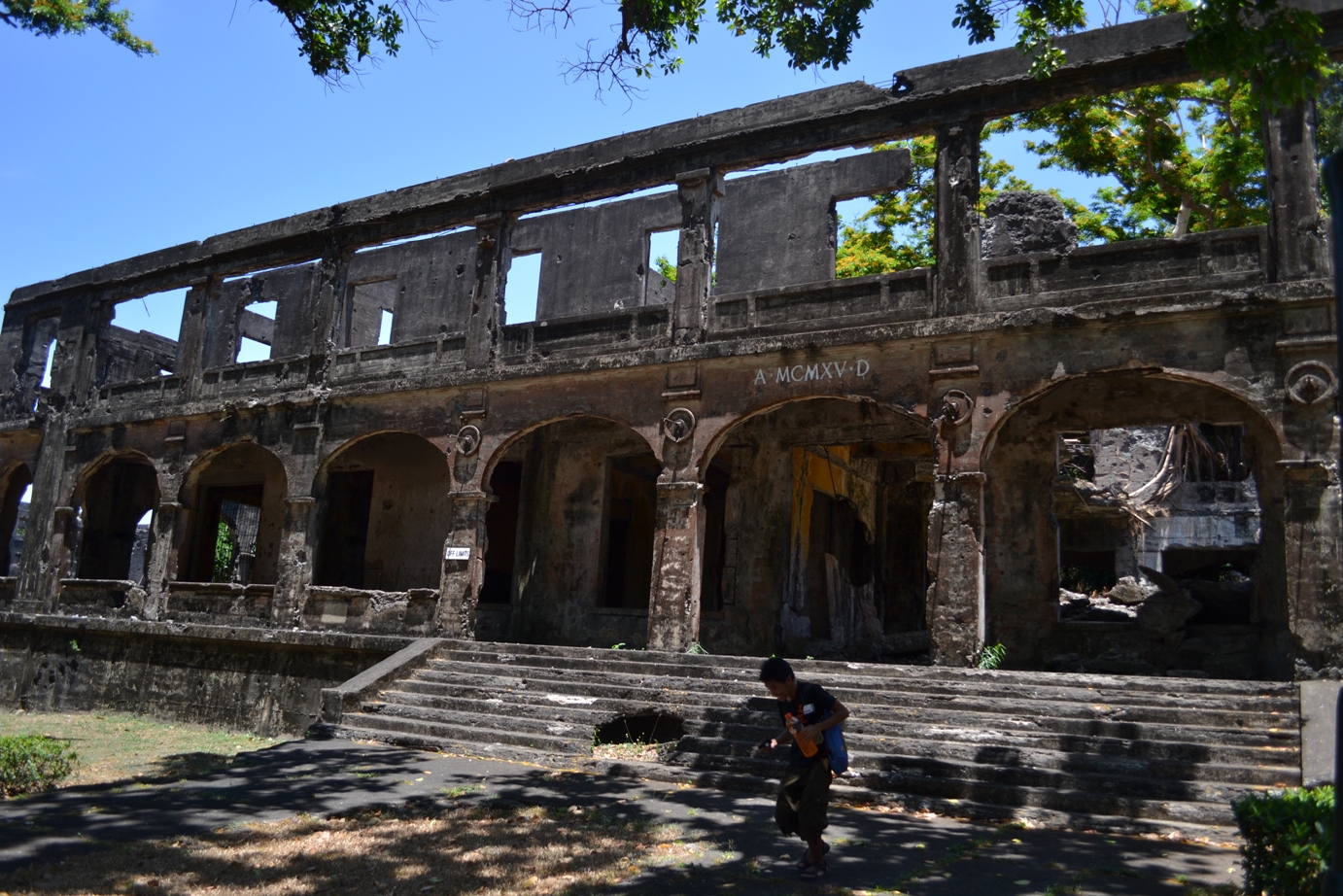 A building in ruins in Corregidor

We then hunted for the three pieces of maps in the gun batteries (Battery Grubbs, Hearn, and Smith, all named after American lieutenants), solved puzzles and performed dexterity exercises, explored the bombed out Red Cross Hospital and other ruins, raced across the Duckwalk and Japanese tunnels, climbed the Golden Staircase, and looked out over the bay in the Eternal Flame monument.

We also got to climb the Lighthouse; if it had not been a race, I would have wanted to stay longer there and take more pictures.

All in all, it was 3 hours of fun and excitement. I got to run again, and it was a very good feeling, despite knowing that I may pay for it later. 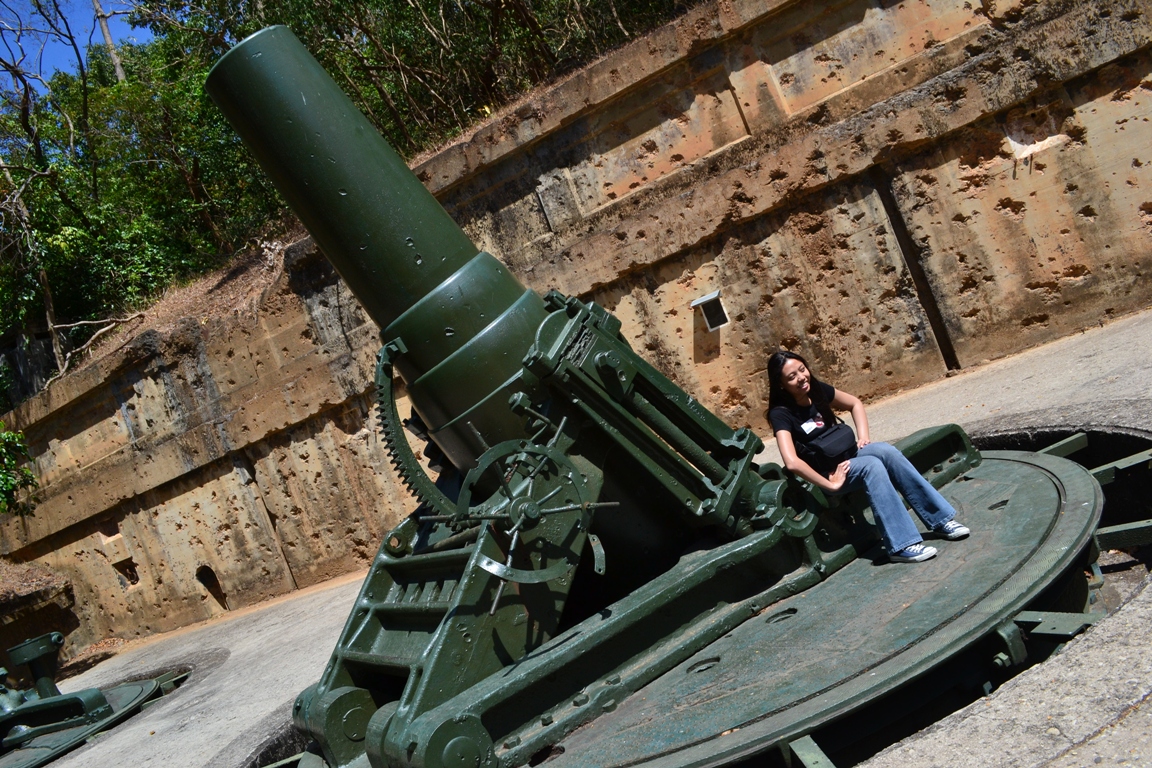 These cannons are now a silent but grim reminder of how it used to be.

According to Bobby Aquino of Sun Cruises, the Adventure Challenge started out as a team building package for companies several years ago. They realized later though that friends and even family members may also enjoy the activity, given that the route will take the participants in sites which are not usually seen by tourists who will choose the Historical Guided Tour package.

“Our goal is for people to see a different Corregidor,” Bobby said. “It can also be for those who have been there before and would like another way of experiencing the island.” 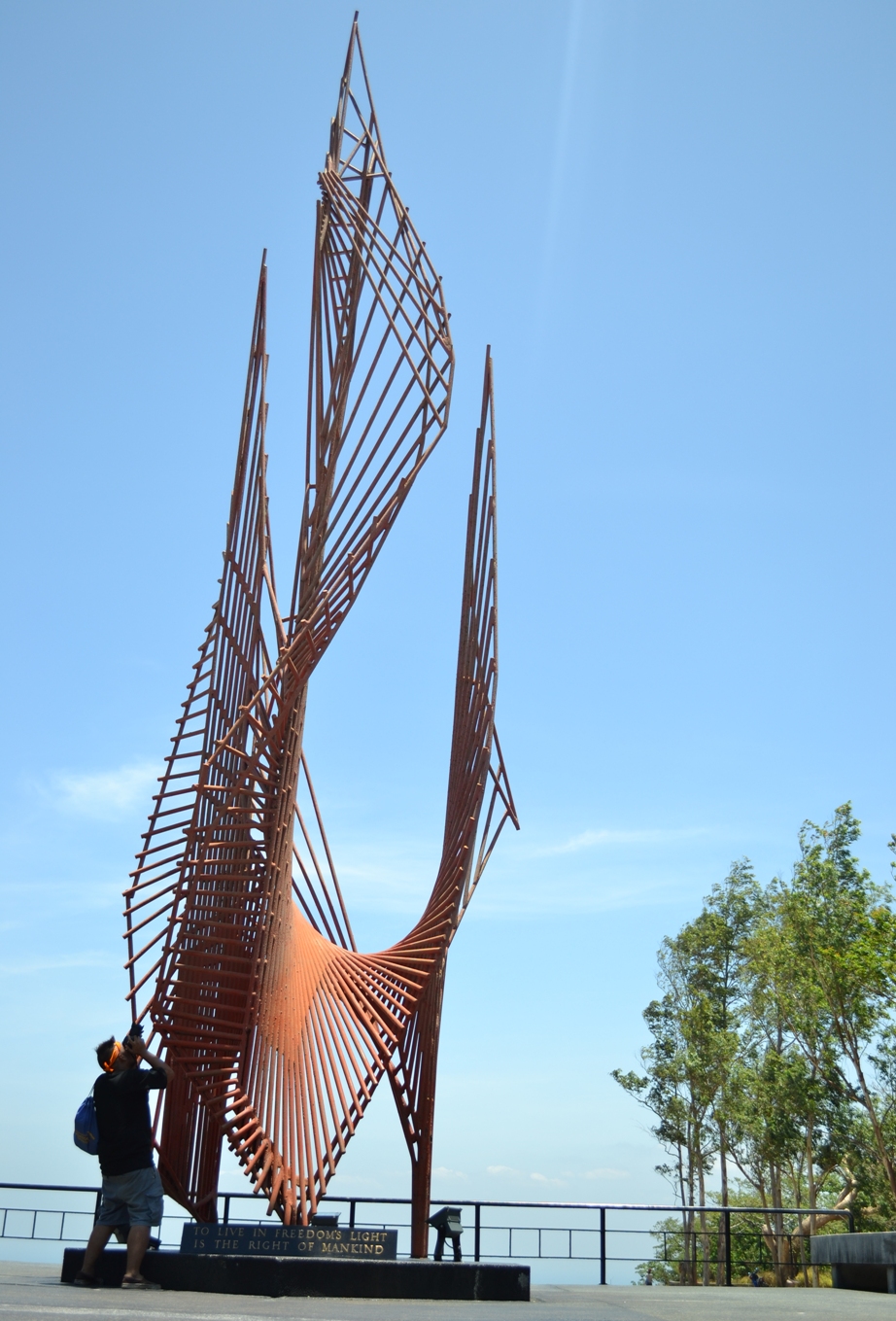 The Eternal Flame Monument in Corregidor for the soldiers who sacrificed their lives for the Philippines.

Is the Adventure Challenge physically difficult? Not really. It only became so because we wanted to run and feel “competitive.” Yes, our team won (Team Orange, a.k.a. Team Jumpshot) but in the end, it didn’t really matter. I enjoyed seeing Corregidor from the ground (not on a tram), exploring its bat-filled ruins and going through the tunnels that Filipino and American soldiers had once used.

I loved trekking in the jungle, and was amazed at the thought that half a decade ago, these forests had been non-existent, the whole place bombed out by the Japanese. 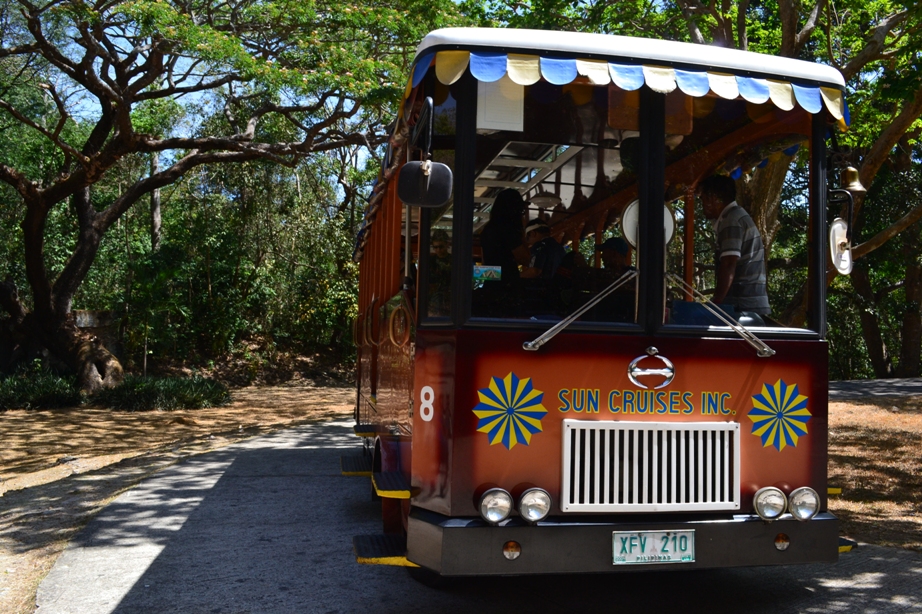 The Sun Cruises tram used in going around the island.

Or maybe I enjoyed it because I really love to explore. I don’t enjoy guided tours; I would prefer to do things on my own, to get lost and find my way again.

Although we really didn’t have a chance to get lost in Corregidor (our very kind, very good photographer/marshall took care of that), I still had a feeling that if I had the chance, I would have lost myself in the jungle purposefully and immersed myself fully in the history of the place, glad and thankful for those unnamed soldiers who contributed to what the Philippines has become today.

Perhaps I’ll have that chance the next time I go to Corregidor Island.

Sun Cruises charges P1,999 for the historical guided tour. The adventure challenge costs the same (book this in advance, there’s a minimum of 4 participants. Call their office at 834-6857). The fee includes transportation, guide fees, and buffet lunch.

Touring the Malinta Tunnel is optional; it costs P150/person. There’s a 300m zipline which is optional as well, costing the same. For those who would like to stay overnight, just add P500. Where to Stay in Manila—MNL Boutique Hostel 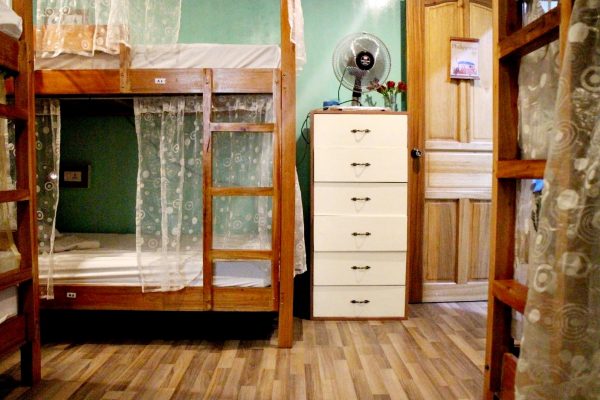 The Best Hostels in Manila According to Budget Travelers

For the record. We are ones who started Adventure Team Building in Corregidor.

Hi, in case anyone wants to go to Corregidor, I’d like to offer 2 vouchers that I bought from Sun Cruises.

It’s for a Corregidor Day Tour with buffet lunch package.
It also already includes ferry service from Manila to Corregidor & back, terminal fees, entrance fees, and a guided tour.

I hope someone would get them so they won’t go to waste coz our trip to Corregidor won’t push thru.

[…] by Sun Cruises Philippines, the same company that runs the Corregidor Tours, the sunset cruise is a definitely a treat. I was with a group of travel bloggers (invited by Bobby […]

Reply
Visit the Lonely Sentinels of the Sea in the Northern Philippines | Solitary Wanderer
September 30, 2011 11:49 pm

[…] in the Philippines, however, I’ve only been in two: the old lighthouses in Puerto Princesa and in Corregidor. The former was no longer used, and informal settlers have settled around its base. In the […]

[…] was my second time to ride a zipline (my first was in Corregidor) and I chose to lie face down, looking at the river and the thick vegetation hundreds of meters […]

@ Mindanaoan: Yeah, it’s really nice to see the place. Before, we just read about it, but it’s different if you’re really there.

Brought my mom here a few months ago. Very nice pala dun and you can learn a lot in terms of history 🙂

@ Red: Yeah, it’s certainly a beautiful island. Wish I could go back there.
@ CA: I would love to go back and just go around taking pictures!
@ Nicely: Another PTB outing to the Malinta tunnel? That should be fun!

wow extra ako! this is a very good start of my friendship with you guys. more trip for us 🙂 sana pwede ulit tayo makabalik for the malinta tunnel hehe!

Hey, that sounds like a fun way to explore! I’d read about the island many years ago and it sounded almost too exotic to be true. Now I see it’s all for real!!

Have a great day!!

@ HappySole: I just rescued your comments from the spam folder hehe. Would have wanted to DIY too but I guess they don’t want people getting lost and all.
@ Jerik: I met you at last! Hope to see you again in future meet-ups 🙂
@ Kim/MJ: Do push through with it! Corregidor is fun, especially if you take the adventure challenge. Thanks for dropping by!

We’re inggit we missed out on this!:-D Puro lang plano ang Corregidor namin but thanks to this we’re finally scheduling it hopefully this September. Sana!:-)

@Chyng: Yes, it’s beautiful, isn’t it? And I agree, it would look prettier in flames haha

@Ivan: Thanks, I’m excited to read the others’ account too!

@Claire: Sayang nga, I’m sure you’d have enjoyed the Adventure Challenge as well. Di bale, it’s something to look forward to. Maybe you can go there with your BF na. 😀