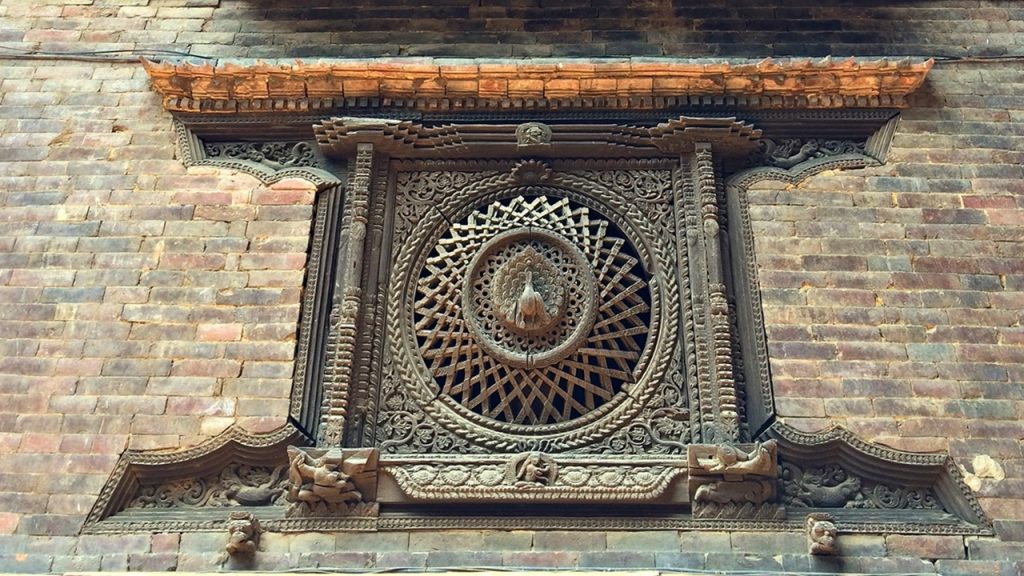 What To See in Bhaktapur, Nepal

Hiking the Himalayas may be the ultimate goal for mountain lovers (Hiking the Annapurna or Everest Base Camp trek is definitely in my bucket list), but a trip to Nepal would not be complete without visiting the magnificent ancient Newa city in the east of Kathmandu Valley — Bhaktapur.

A UNESCO World Heritage Site, Bhaktapur (which means “place of devotees”) is said to be the living representation of how the entire Kathmandu Valley would have looked like during the medieval periods.

It is also known as Khwopa, and was the ruling throne of the Kathmandu Valley until King Yakshya Malla divided the kingdom between his three sons in 1482. Naga Pokhari, the Serpents Pool, in the Royal Palace in Bhaktapur.

I visited Bhaktapur on a day trip from Kathmandu when I attended the Himalayan Travel Mart (hosted by the Pacific Asia Travel Association) last year. Despite the damage from the 2015 earthquake that killed almost 9,000 people, injured more than 20,000, and damaged a lot of heritage sites, the city’s rich history and culture is still very much evident.

Bhaktapur did suffer heavily from the earthquake, but it is actively rebuilding. There are construction sites all over the city. Fortunately, not all of its heritage sites had been affected; the iconic Nyatapola Temple, for example, the famous five-storey pagoda, only sustained minor damage.

Here’s what you can see on a day trip to Bhaktapur. The 55 Windows Palace with the Golden Gate. Photo by Dave Briggs

Near the Bhaktapur entrance is the Bhaktapur Durbar Square that houses a number of interesting sights in the city. At the center of the square, you will find the famous 55 Windows Palace.

Built in 1427, the palace was named as such because of its 55 balconies that showcase the craftmanship of wood carvers in ancient Nepal.

The 55 Windows Palace had been used for royal ceremonies since the reign of Jaya Malla, the last of the Malla Kings. It opens out to several courtyards, which are accessible through the entrance from the Golden Gate.

The main palace entrance is known for the magnificent Lu Dhowka or Golden Gate, which features one of the most beautiful and intricately carved pieces of artwork in the city.

Set into a bright red gatehouse surrounded by white palace walls, the Golden Gate is easily a highlight of Durbar Square. Its gilded torana features among the finest Nepal metalworks: a Garuda wrestling with supernatural serpents, and the goddess Taleju Bhawani with four heads and 10 arms. Found in Taumadhi Square, the heart of the old city, is the tallest temple in the country. The five-storey Nyatapola Temple was built in 1702 and features intricate designs. Nyatapola translates to “five stories” in Newari, one of the oldest languages in Nepal.

Resembling three hats toppled on top of the other, tourists often flock the temple for the stunning stone figures of the two strongest wrestlers– Baghini and Sanghini — that guard its entrance.

Inside the Royal Palace is the best of three museums in Bhaktapur — the National Art Gallery. Built in the 1960s, its two main sections showcase an extensive collection of stone art and paintings.

Other artifacts include palm-leaf manuscripts and metal and wooden objects that date as far back as the 12th century. Bhaktapur produces a lot of pottery.

Potter Square is the center of the pottery industry in Bhaktapur where tourists can watch potters in action. You may buy any of their freshly-finished products or have something customized on the spot.

Bhaktapur’s two Potters’ Squares can be found in the Durbar Square and Dattatreya Square. The latter is a bit out of the way but it is recommended to those who plan to buy pots in bulk.

When to Go to Bhaktapur Generally, travel to Nepal is recommended from September to December for the cool weather, and March to June if you like it warmer.

You may also want to take note of some festivals if you are interested in taking part in the festivities. The longest festival, Dashain, lasts for 15 days in September and October. Pujas (offerings), including animal sacrifices, are performed during this festival in honor of goddess Devi Durga, slayer of the demon Durga.

Also in October, Tihar or the festival of lights is celebrated in honor of the goddess of wealth Laxmi. Homes lit up with candles, oil lamps, and other lights are a common sight.

April is the time for Bisket Jatra, the Nepalese New Year celebration. Those who will be blessed with good fortune in the coming year is determined through a tug of war between chariots pulled through the streets. The woman in the window. Photo by Dave Briggs

For the food tripper, do not miss Bhaktapur’s famous Juju dhau (king of yogurt), a special type of curd that is said to taste like no other elsewhere in Nepal.

Avoid the rush hour traffic and leave for Bhaktapur no later than 9 a.m. from Kathmandu, especially if you only have a day to spare in Bhaktapur. Note that motor vehicles are not allowed within Bhaktapur.

How to Go to Bhaktapur

Naga Pokhari, the Serpents Pool, in the Royal Palace in Bhaktapur.

There are many buses plying between the cities of Kathmandu and Bhaktapur. Travel time is about 45 minutes to an hour, depending on the flow of traffic.

Buses from the Bhaktapur Bus Park are highly recommended because they can drop you off near the main entrance in Bhaktapur. These buses charge around 50 rupees for foreigners.

Alternatively, you may also take the buses from Ratna Bus Park in Kathmandu City. These buses, however, often take the main road and the drop-off point at Bhaktapur will be quite a walk to the main ticket counter.

It is also possible to take a taxi to Bhaktapur from Kathmandu City, but you need to up your haggling skills as this can cost you from 900 to 1,500 rupees.

If you have more time, it would be worth spending more than a day in Bhaktapur. The city has been damaged by the earthquake, yes, but they have definitely shown that they are more than ready to receive visitors again.

Have you been to Nepal? Would you want to visit Bhaktapur? 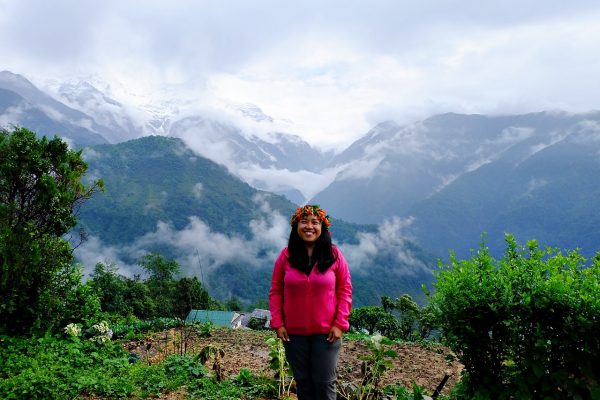 Wow Aleah; 9000 people perished. I had no clue that many folks passed on due to the hurricane. I did know it was intense from world media and from my Nepali friends on Facebook. We missed this day trip in 2013 when visiting Kathmandu. But we will see it on a return trip.