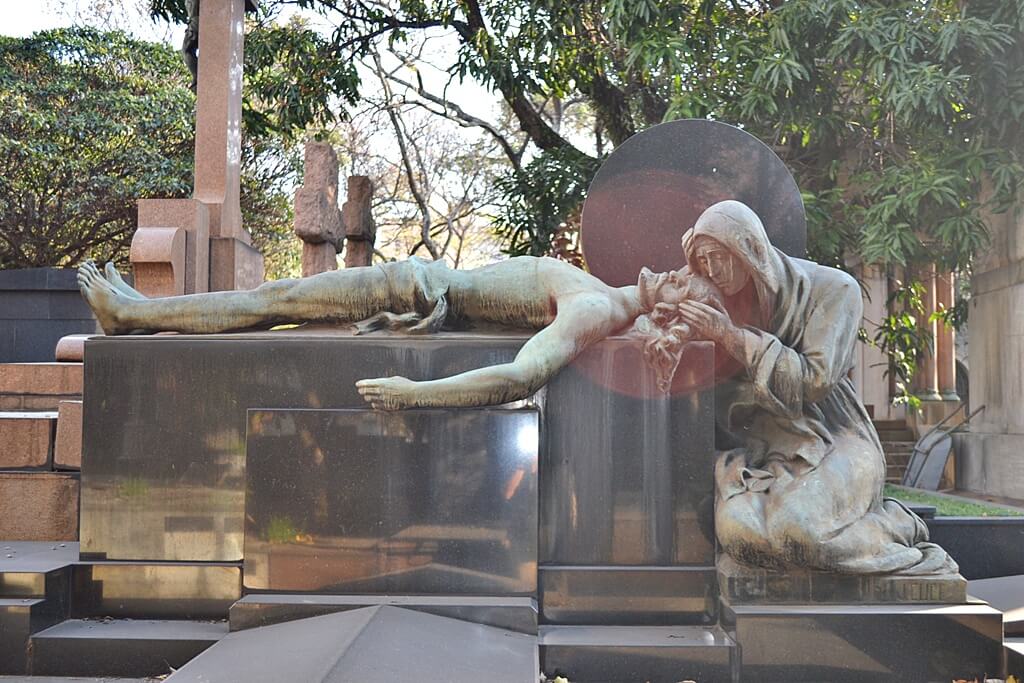 Things To Do in São Paulo, Brazil: Visit the Consolação Cemetery

As a tourist, there are many things to do in São Paulo, Brazil. It’s a big, cosmopolitan city with beautiful parks, modern architecture, and a vibrant art scene. One of the more memorable places I’d visited there, however, is the Consolação Cemetery.

Cemeteries appeal to people who love dark tourism. For me, cemeteries give an insight into the culture I’m visiting. Whenever I have a chance, I always try to check out cemeteries in the cities I visit.

I’d been to St. Louis Cemetery in New Orleans where I saw Nicolas Cage’s tomb (reserved for when he dies), Montmartre Cemetery in Paris, Assistens Cemetery in Denmark where I saw Hans Christian Andersen’s tomb, and the Laeken Cemetery in Brussels, the resting place of the Royal Family, among others.

Of these, Consolação Cemetery is definitely one of the best to visit.

Located in the district of Consolation, Consolação Cemetery is the oldest functioning graveyard of São Paulo. It was established in 1858 as the city’s first public graveyard. At first, it accepted people of all social classes, but it eventually started accepting only people from high social classes.

The city’s nobility and other wealthy families certainly wanted to be buried in style, and tombs and mausoleums were built with marble and bronze works of art. The most renowned artists were hired to create beautiful sculptures, leading to the cemetery being considered an open-air museum.

The Funerary Art in Consolação Cemetery

Consolação Cemetery is well-known for its tumular art (a.k.a., funerary art). Hundreds of sculptures in granite, marble, bronze, and other materials by well-known artists and sculptors grace the tombs and mausoleums. This style of artwork symbolizes love, sorrow, and reflection and is definitely well-represented here.

Once inside, check out the huge mausoleum of the Matarazzo family, the largest in Latin America. Don Francesco Matarazzo (a.k.a., Count Matarazzo) was, in his time, Brazil’s richest man. He was conferred the title of Count by Italy’s King Victor Emmanuel III due to his financial assistance to Italy during World War I. The family mausoleum is as tall as a three-story building and decorated with bronze sculptures by Luigi Brizzolara, a well-known Italian artist.

Aside from Matarazzo, Consolação Cemetery is also home to various important personalities in the history of Brazil including Dr. Manuel Ferraz de Campos Sales (Brazil’s 4th president), Washington Luís (the 13th president of Brazil), José da Costa Carvalho (Prime Minister of Brazil), Tarsila do Amaral (one of the leading Latin American modernist artists), Mário de Andrade (one of the founders of Brazilian modernism), Olívia Guedes Penteado (art patron and philanthropist), Domitila de Castro (the long-term mistress of Emperor Pedro I), and many others.

Many tombs have artwork that can actually be considered museum pieces. Take “The Burial” by Victor Brecheret. It is an award-winning sculpture gracing Penteado’s tomb, showing a Pieta scene with Mary Magdalene, Mary of Cleopas, St. Elizabeth, and a fourth woman that many people think represents Penteado.

In one of the tombs, you can find a beautiful expression of modernism that came to São Paulo in the 20th century, the first female naked sculpture in Consolação. Called “Amparo” and created by Francis Leopold e Silva, the work represents the loneliness of the ones left behind. It was carved for the tomb of Teodureto de Carvalho and his wife.

Look out also for the tomb of Eduardo da Silva Prado, the founder of the Brazilian Academy of Letters. It has a broken column, which represents that the person died before his time.

Consolação Cemetery is definitely not only for dark tourists, but anyone who appreciates good works of art. Visiting the cemetery is one of the best things to do in São Paulo and I would highly recommend it when you visit Brazil!