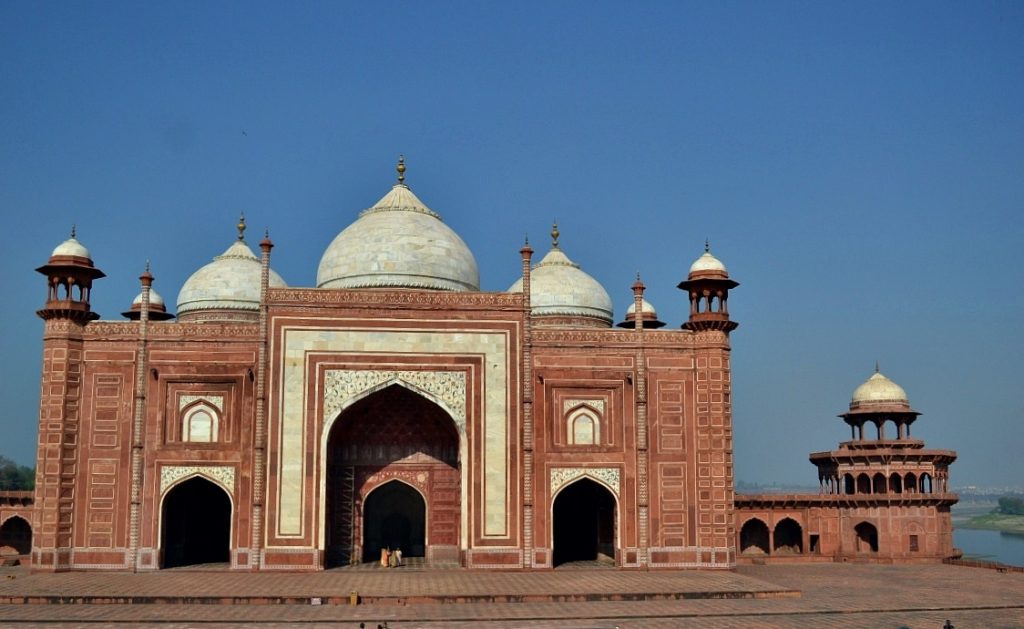 When I was in Varanasi, I met some travelers who told me that it wasn’t worth it to go to Agra.

The Taj Mahal is just a huge tomb, they said. Really? Isn’t it like saying that the Great Pyramid of Giza is just blocks of stone clumped together? Undeterred by their cynicism, I pushed through with my trip to Agra, and I wasn’t disappointed. The Taj Mahal is magnificent! 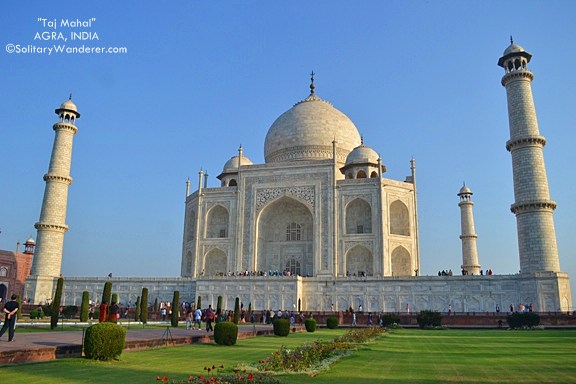 Built between 1632 and 1653 by Mughal emperor Shah Jahan, the Taj Mahal was indeed intended to be a memorial for his wife, Mumtaz Mahal, who died giving birth to their 14th child. The emperor reportedly was so heartbroken he didn’t spare any expense to build the Taj.

When it was done, though, the emperor’s son had him imprisoned at Agra Fort where he spent his last days looking out the window at the completed mausoleum. He died in 1666 and was buried in the Taj Mahal alongside his wife. 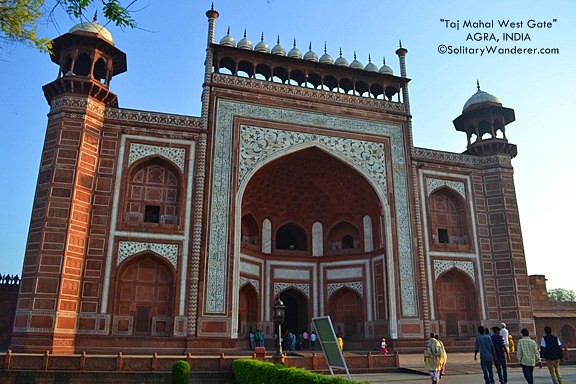 The Royal Gate that leads to the garden, and eventually to the Taj Mahal.

I had taken the overnight train (Marudhar Express) from Varanasi to Agra Fort, and arrived there at 6.30am. Immediately after checking in at Hotel Siddhartha, I went to the West Entrance. There were a lot of people queuing up, but most of them were Indians.

If I were a local, I would definitely visit the Taj again and again. Entry fee for locals is only 20 rupees, compared to 750 rupees for foreigners! 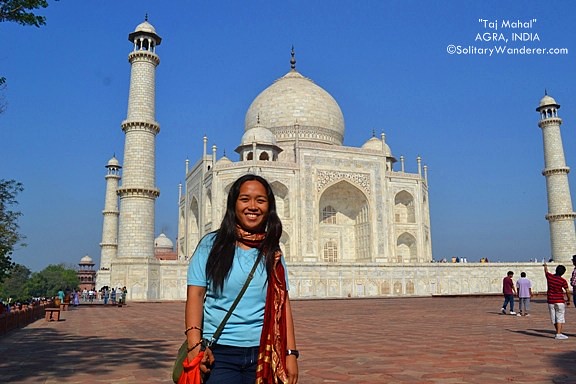 Taj Mahal from the eastern gate.

Huge bags are not allowed inside the compound. To make sure your stuff doesn’t get confiscated at the gate, just bring a camera (video or still), a bottle of water, and your mobile phone. Tripods are not allowed. 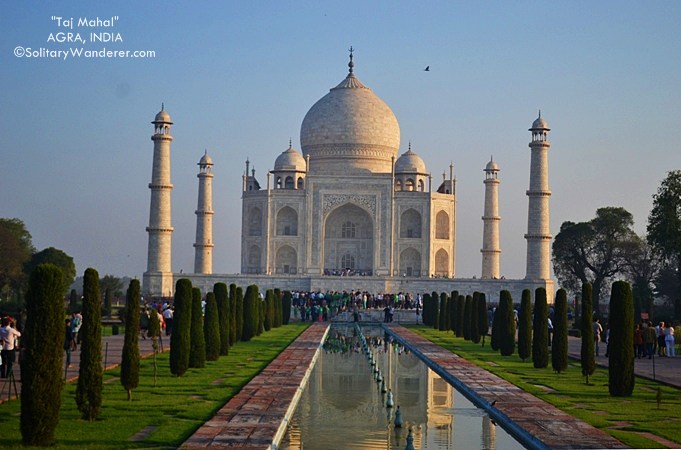 Soft colors of the Taj Mahal at sunrise.

Sunrise is the best time to visit the Taj Mahal. There aren’t so many people yet, and the Indian heat is not as bad. There’s nothing much to see inside the mausoleum except for the replica of the tombs of the emperor and his wife (they’re actually buried underground). Photography is not allowed inside.

Declared a UNESCO World Heritage site in 1983, Rabindranath Tagore called the Taj “a teardrop on the cheeks of time.” What a perfect description for this ultimate display of romantic love!

How about you? Is the Taj Mahal in your bucket list? 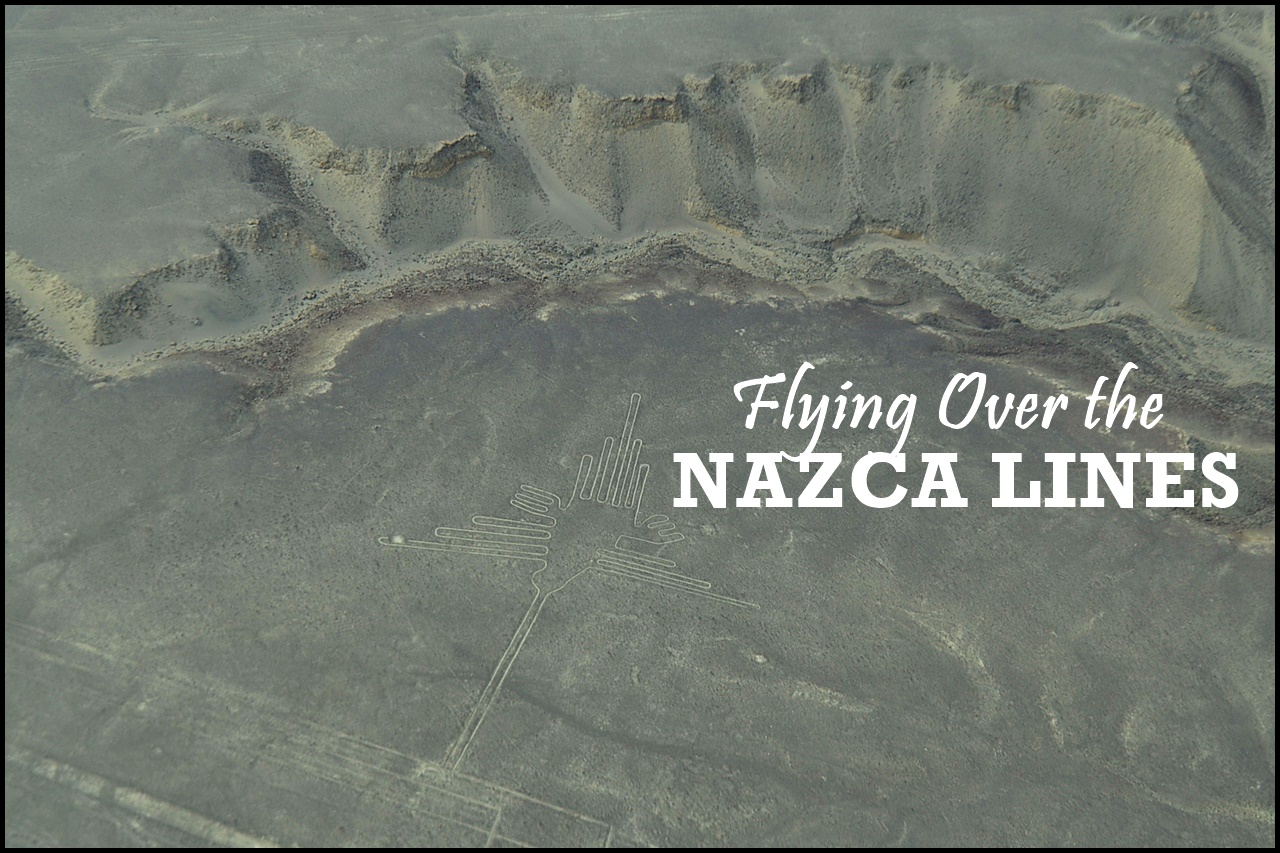 Flying Over the Nazca Lines in Peru 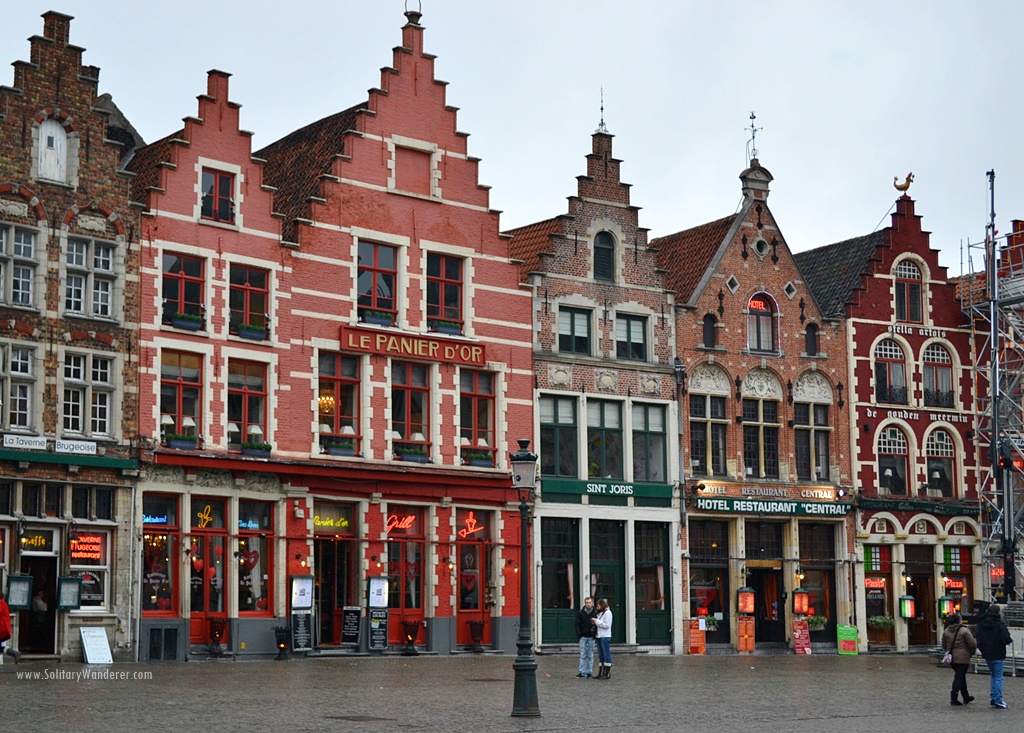 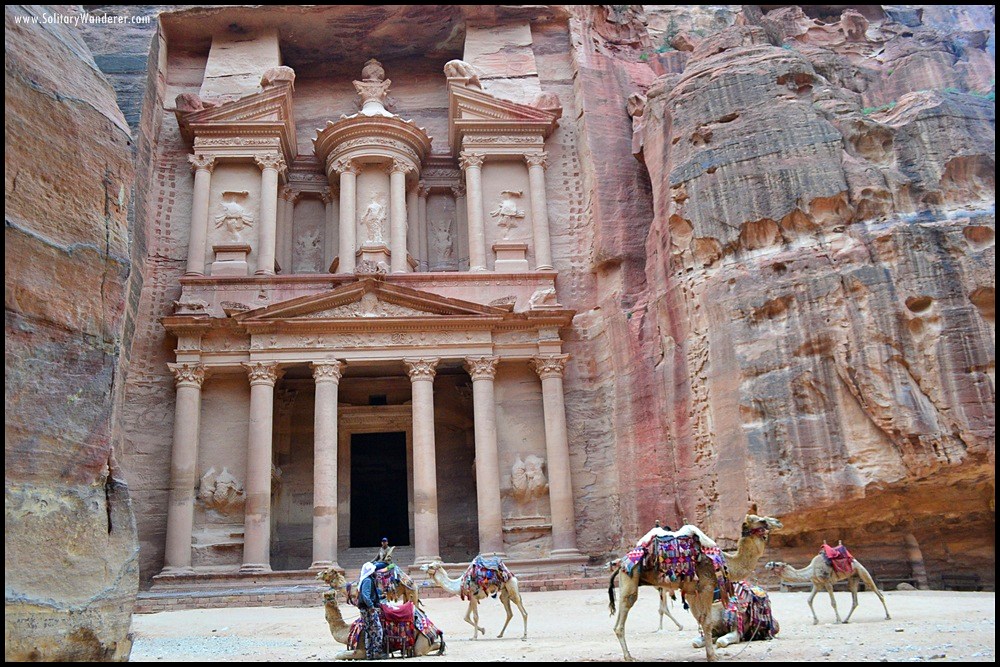 Every time that I see a picture, it seems to get even more beautiful, is that even possible? Yes, it’s most definitely in my bucket llist! Nice post and beautiful pictures.

[…] places for the food (like Thailand), the views (Santorini), ancient structures (Angkor Wat and the Taj Mahal), and history (e.g., Athens, Rome). I traveled to Penang for its street art, the “lost […]

Your plane landed in Kolkata right? From Kolkata, how did you go to Agra? Land or Air Travel? 🙂 And around how much did you spend?

Thanks so much!
Cha

[…] had initially planned on staying two nights in Agra, thinking I’d go to the Taj Mahal on my second day. However, I arrived there at 6am, and with my hotel so close to the West Gate, I […]

Hi! I am planning to visit India and I have read that you got to varanasi and taj mahal via train. Did you book this train tickets online or through travel agencies ? I was told that trains in India are limited, especially for tourist on long distance trips, we cant just show up at the stations. I personally don’t know anyone whose been to india.
Hope to hear from you,thanks sis !

beautiful captures, aleah! but your words are even lovelier.
reading this post just refreshed my want to go to india, experience taj mahal too and the rest of cultures and colors of that exotic country.

i read the article written about you about your india, particularly that of varanasi experience. one of the wives of my filipino colleagues here who experienced working in chennai for an assignment with a bank before, even spent few minutes reading your experience. you’re one brave woman! hats off!

here’s to more travels but be safe and take extra care!

Soon after the Taj Mahal’s completion, Shah Jahan was deposed by his son Aurangzeb and put under house arrest at nearby Agra Fort . Upon Shah Jahan’s death, Aurangzeb buried him in the mausoleum next to his wife.

I found that the Taj Mahal was one of those overhyped UNESCO sites that lives up to its name. It is just magnificent in postcards and posters, more so in real life!

This is one of the reason why we love to visit Incredible India. Taj Mahal surely captivates the heart of folks who loves history and architecture, including me 🙂

Taj Mahal has to be one of the most photographed places on earth. It’s just so beautiful and the story behind is even more beautiful. I’ve been there as well and absolutely loved it.

Taj Mahal is regarded as one of the eight wonders of the world and i congratulate you for visiting most peaceful place of India.I have visited many times there and had fun with photography.

I was astonish just by the photos… How much more in flesh? This is truly an architectural wonder and pride of India.

I was delighted to see your posts about the Taj. Being from New Delhi, I have visited Taj Mahal twice. While I was still young, I could not understand the beauty of the monument and I am glad my parents took me there again later so that I could fully appreciate it. There is an interesting story about its construction which I am sure the locals told you: Shah Jahan ordered the arms of the artisans who had worked on the Taj to be cut so that they can not replicate the monument anywhere else. Also, he had initially planned a duplicate monument across the river from it made from black marble. I am not quite sure now how it never happened. Probably his sons took over by then and shelved the plans.
I agree with the above post of Christine. I have spent annual vacations in Amritsar since my birth as it is my hometown. The Golden Temple (not palace) is probably the most beautiful temples (temple is wrongly used here. Temple is generally used for Hindu religious monuments and the Golden Temple a.k.a Harmandir sahib is a religious place (i.e., Gurudwara) for the Sikhs. It is the only Gurudwara to be referred to as a temple in my knowledge. It is frequented by both Sikhs and Hindus though. I know it is an overdose of unwanted information but I was really happy when I read your post!

Good Luck on your future travels!

Nice photos Aleah! The detail of the Taj is quite exquisite, I agree. But next time, I urge you to visit Amritsar. The golden palace left me more speechless than the Taj. 😉

Isn’t it must a WOW? Like many people who didn’t “go with the flow” I wasn’t keen on seeing Taj Mahal but when I finally laid eyes on it, I choked up. I only got choked up twice. Once when I first saw Grand Canyon (almost simultaneously my hubby and I cried) and second is Taj Mahal. It’s just impressive.

I’m so glad you went. I don’t really listen to what people say about a certain place. I read travel commentaries but don’t alter my plans because of them.

Hi Aleah,
I wasn’t really so excited to see Taj Mahal when I visitied India. For me, it was just like making a courtesy call to a country’s icon during my first visit It was like you HAVE TO see the Statue of Liberty if you visit New York for the first time. But as soon as I caught sight of it, it took my breath away. The more I saw it the mor I was blown away. You’re absolutely right, it much more than a tomb. It’s a testament to a beautiful love story, one for the most beautiful structure ever built, etc. I’m glad you didn’t listen to the cynics. Beautiful photos! I hope to post mine sometime soon (they got buried in the stock:(

it’s like sacrilege for visitors to say comment like “it’s just a tomb” – apparently they couldn’t get past its intended function and not appreciate beauty that’s screaming right there in their face. anyway, was glad to see this human masterpiece on different lights of day when I was there: sunrise, sunset and a full moon view!

@ Apol: They’re strict about security!
@ Del Mc: Too bad I only stayed one day there. Just saw it by sunrise. I’m sure it’s magnificent when there’s a full moon! I was there in March, and it was already pretty hot. Next time I will go around October-November or January when the weather’s a bit cooler.

Taj Mahal is truly a magnificent Architecture. We visited there mid-April last year and it was so hot, but I enjoyed the day trip before my scheduled flight back to the Philippines on that night. For the second time, I’m here in India and I hope I could come back to visit Taj again or else I would visit some places which you have visited here also. I enjoy reading your travel stories.