I arrived very early in Batanes, so I was able to join the North Batan tour immediately.

At the end of the 5-hour tour, I felt extremely tired, not only because I lacked sleep the night before, but also because there was just too much to see.

Batanes is very much an assault on the senses; if I had felt that way after half a day, how would I be able to take the whole day tour of South Batan?

It turned out I need not have worried. True, the South Batan tour takes the whole day, but it’s only because travel time has to be considered. If you’re taking the tour (which I highly recommend you do!), here are some of the sights you can expect to see. 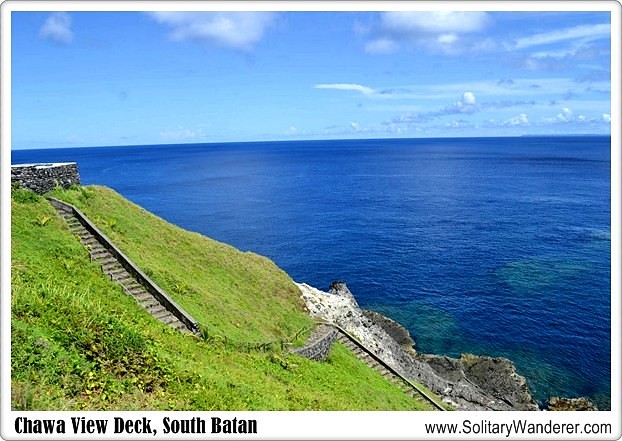 The South Batan Tour covers three municipalities: Ivana, Uyugan and Mahatao. Our first stop was the Chawa View Deck on our way to Mahatao. The view was quintessentially Batanes–rolling green hills leading down to the ocean, sky blue waters, and huge rocks.

For those who wanted to go down to the sea, there are concrete stairs along the cliffs. Our tour guide said that if we wanted to swim, we could also do it some other day. 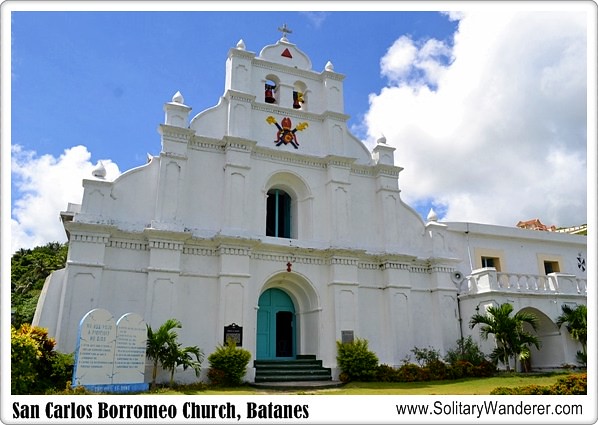 Although a small town, Mahatao is interesting enough. There’s the beautiful San Carlos Borromeo Church, originally built as a mission chapel in 1787 but rebuilt several times through the years. The present church was finished in 1873.

Although the outside is not that much too look at (except for the beautiful crest in the belfry), the interior is beautiful, decorated baroque style with floral designs and sunbursts. It has been declared a national cultural treasure by the National Museum in the early 2000s. 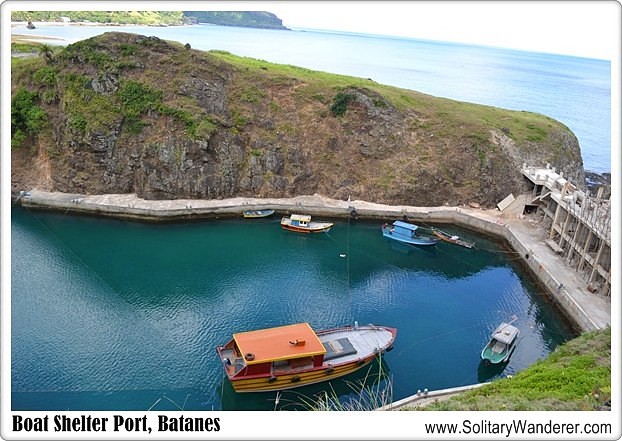 An interesting sight as well is the boat shelter where boats dock when the weather is bad. The huge rock protects the boats from the big waves during storms which happen a lot in Batanes.

What struck me most about the town (and the whole of Batanes itself) is what our tour guide did. He dropped off something at one of the town’s waiting sheds, telling us he’d come back for it later that night. “Won’t it get stolen?” we asked. Never, he said. What an amazing culture! 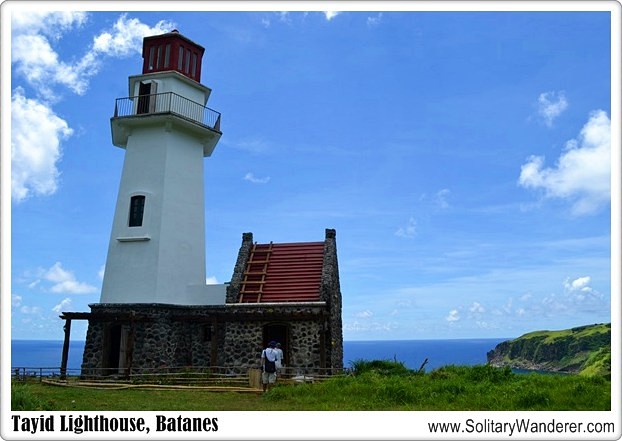 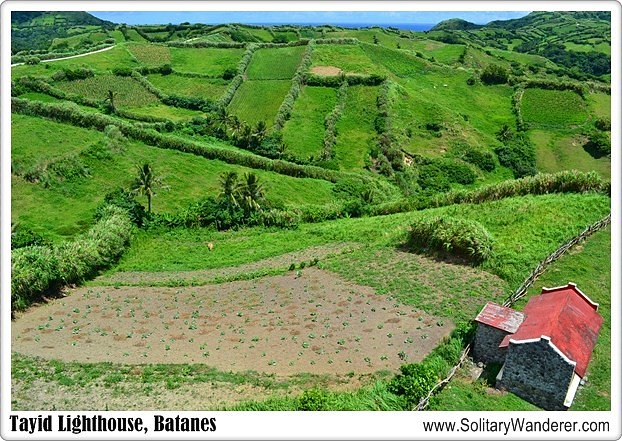 The lighthouses in Batanes are very picturesque. The Tayid Lighthouse in Mahatao, although quite young at less than a decade old, is no exception. When we arrived, the workers there who was renovating it were cooking their lunch, a very delicious-looking dish of shellfish.

I recommend going up to the top floor, the views are marvelous. Of course, we can expect nothing less; this is Batanes!

Diura Fishing Village and the Fountain of Youth 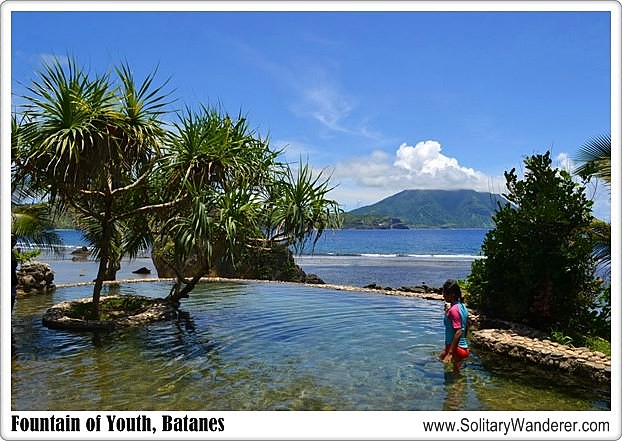 Just before lunchtime, we stopped by the Diura fishing village, taking photos of the dried fish that fisherfolk had on display. We also hiked a bit to the so-called fountain of youth, a spring developed into a natural swimming pool.

The view was wonderful and the water was cool. Instead of swimming though, I just lay down and took a nap, the bubbling spring lulling me to sleep. 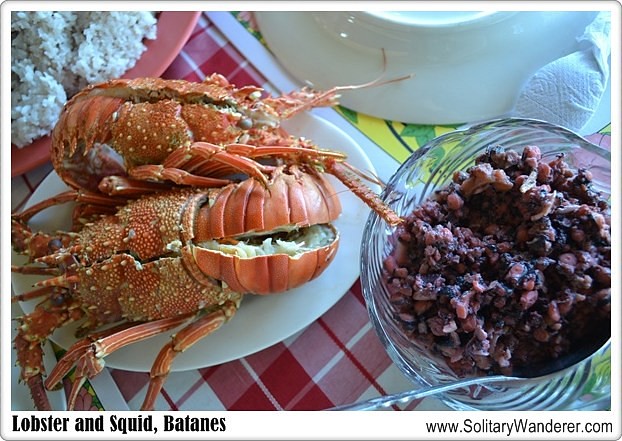 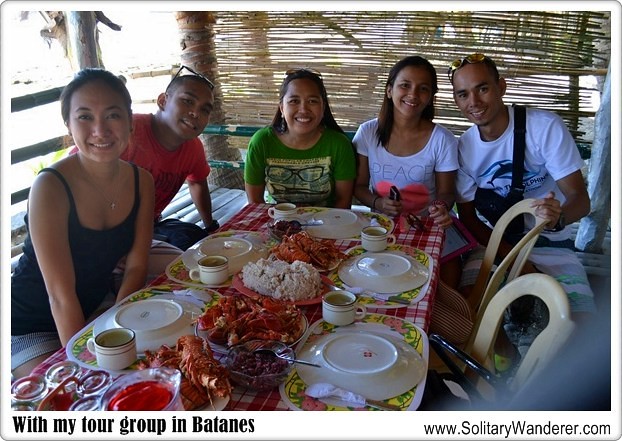 Lunch was the best I’d ever had. Who could forget lobster and squid, all freshly caught and cooked? The restaurant was somewhere along the beach, and the cool breeze from the ocean only improved our appetite. 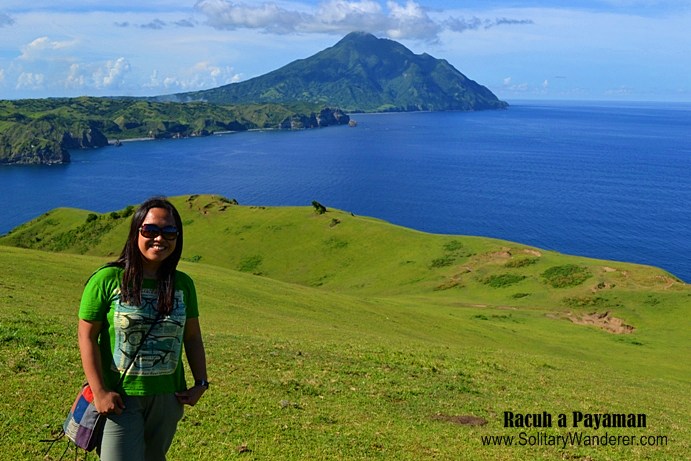 The beautiful Marlboro Country in Batanes.

Racuh a Payaman is the image that comes to mind when people hear of Batanes. It’s rolling hills as far as the eyes can see. If the weather is perfect (like the time when I was there), the view indeed is incomparable, with the green of the hills blending in perfect harmony with the blue of the sky and the ocean. 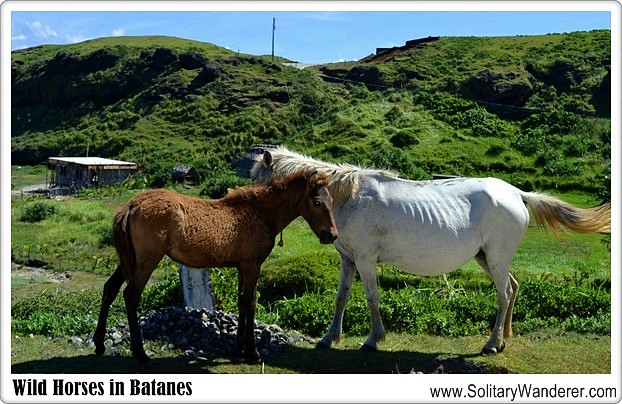 “Marlboro Country,” as it is also known as it reminds one of the cigarette commercial, is a communal pasture where cattle, goats, and even horses come to graze. It has unobstructed views of Mt. Iraya and the ocean below. I can imagine it gets crowded during tourist season but when you’re here during the off season, it’s easy enough to consider it the best spot you could possibly find in the Philippines.

In the town of Uyugan, we checked out Alapad Hills and what remained of Sitio Song Song.

Before it became a “ghost town,” Song Song was a thriving community. A tsunami in the 1950s completely decimated the sitio, and with the residents’ resettlement elsewhere, all that remained of Song Song are just the ruins of its stone and lime houses. 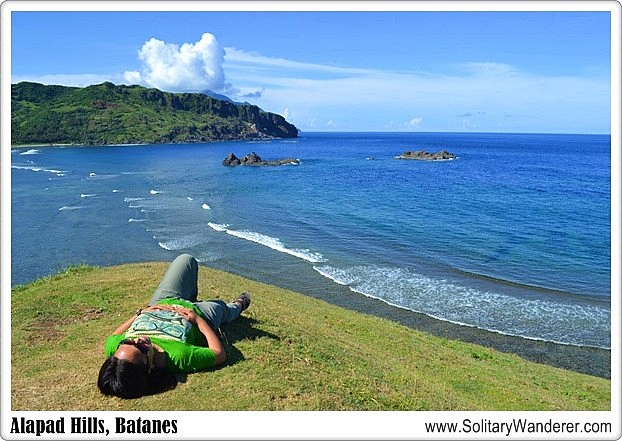 Alapad Hills provides another stunning view of the sea and the huge rock formations in Batanes. Indeed, it is so easy to find beauty in this province! 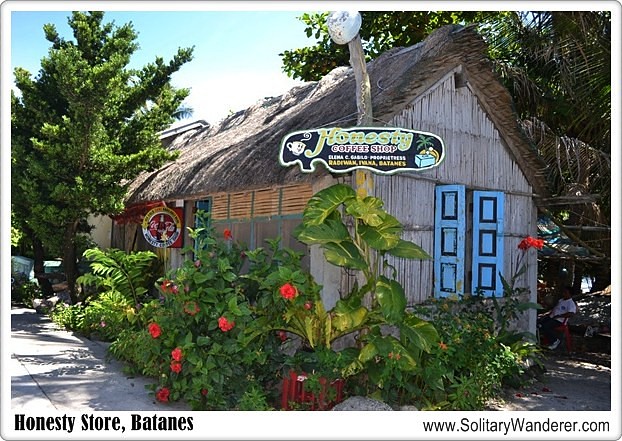 This shop in Ivana town is probably the most famous in the Philippines. The concept is simple; as the name of the shop suggests, honesty is the best policy here. People who buy anything (the prices of each item are clearly indicated) just drop their money in the box provided. 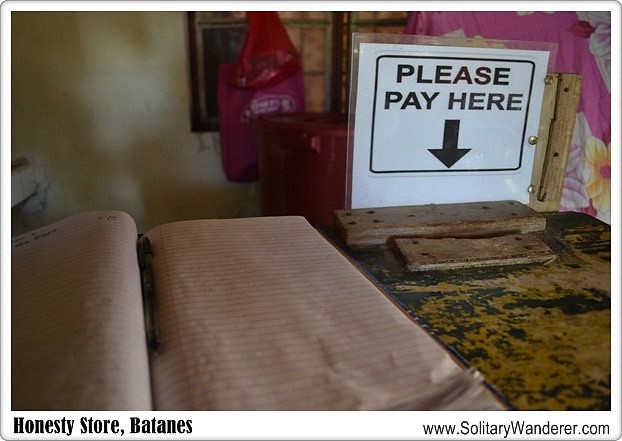 Does it work? Probably, as it’s still standing. If there are dishonest customers, it would probably be the tourists, not the locals. If you need change though, you only need to knock at the house next door where the owners live.

The House of Dakay (Oldest House in Batanes) 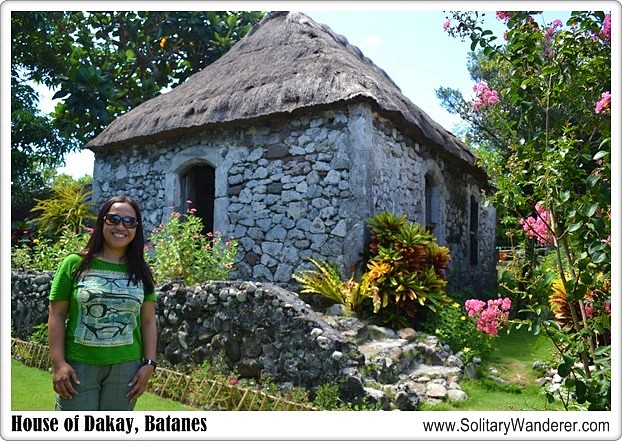 The House of Dakay, owned by Lola Ida Estrella, is probably the most photographed house in Batanes. It’s the traditional stone house of the Ivatans, and the oldest, too, built as it was in the 1800s.

When the tour ended, we were so tired, and a bit overwhelmed too, by all that we had seen in South Batan. If I had more time in Batanes, I would have considered putting a rest day in between tours to process my experience.

Still, everything was worth it. Batanes is certainly a Philippine destination I would love to go back to again and again.

Look for a guesthouse / homestay / hotel in Batanes here. 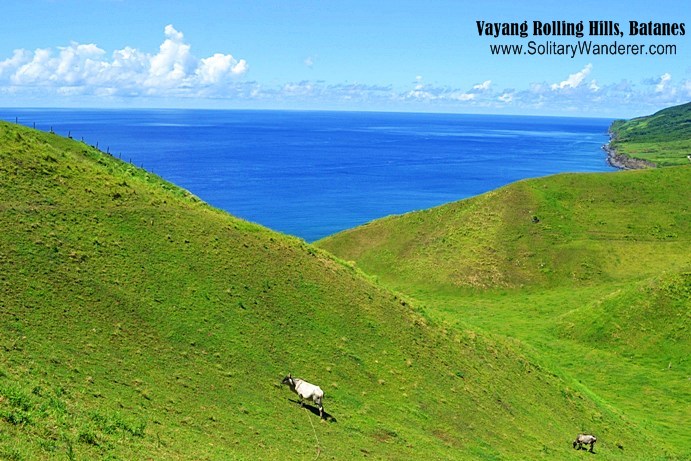 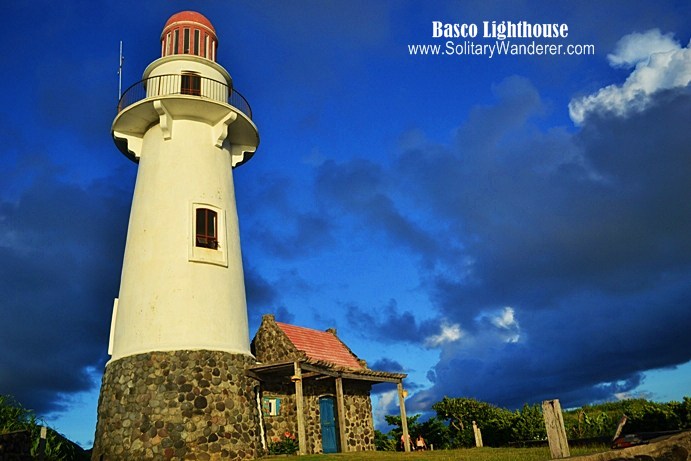 It’s so good that the Honesty Coffeeshop still exists. I visited Batanes in 2011 and was amazed with the concept. I wondered if it would stick around long enough, and turns out it still does! It’s good to know that people are honest, at least those that came to Honesty Coffeeshop 🙂

[…] is a given that Batanes has lots of picturesque views. From North Batan to South Batan, Sabtang, and Itbayat (which I still have to go), you won’t be able to stop taking […]

[…] is a given that Batanes has lots of picturesque views. From North Batan to South Batan, Sabtang, and Itbayat (which I still have to go), you won’t be able to stop taking […]

[…] When I went to Batanes on the first week of June 2013, however, everything was perfect. The sky was amazingly clear, I found an inexpensive (and highly-recommended) accommodation in Basco, and the tour guide, Ryan Cardona, was very accommodating. We went to North Batan on day 1, to Sabtang the next day to take advantage of the good weather, while day 3 was devoted to exploring South Batan. […]

Hi, this is very inspiring, I always knew Batanes was a beatiful place, but this gives me a batter view of another side of Batanes. The view from Alapad Hills was really amazing and the beach!

Hi Aleah, I always want to go to Batanes long long before it was a popular tourist destination. I remember telling my friends way back when that I wanted to go there and they looked at me as if I had four eyes. Your post inspired me to go next time I go home to the Philippines. Is it a good time to go December/January? How many days would you recommend as a sufficient time to leisurely take in the island?

This is so awesome, Aleah! I’ll go to Batanes in the near future! Inggit ako sa higa-posing shot mo sa Alapad Hills, hehe!

I could wade in the fountain of youth all day – that viewpoint is stunning! And it’s amazing that the culture fosters honesty. A store like that would never exist here in the U.S.!

What a gorgeous part of the world that nobody seems to have heard about.
The photos capture what seems to be a very quiet, laid back part of the Philippines. What a delicious sounding lunch.I can’t get over the colour of blue.

Does it make me a bad Pinay if I had to google Batanes? 🙂 What a beautiful tour you had and I’d say worth the long day. Drooling at the fresh lobster and squid. That Marlboro Country is just breathtaking. This looks like it’s one of the country’s hidden gems. I’ll have to ask my mom to check it out for me when she goes to the Philippines later this year for a vacation. Love these photos, Aleah!

Nice place to go on holiday. Love the photos of the place. That lobster looks quite something.

Wow – gorgeous! I love the scenery and food

Very picturesque! Can’t wait to cross it out my MUST list. Great photos, made me drool. haha =)

@ Shie: Yep, you can. You better ask for a detailed map of where the sights are though, since if you’re without a guide, you may miss some of the wonderful views there.

@ Lelay: Like my FB page and you’ll know when there are cheap flights available hehe I usually work at night, so I’m up when they announce the seat sales. I’m one of the first ones to buy 🙂

i think this will be a hypothetical question for you … How did you avail a cheap airfare for a domestic location LOL :))) because its really seems hard for me to get updated on those . I tried .. but upon booking , palage akong nauubusan.. huwaaaaaaaaaaaaaaaaaaaa LOL

Hi Aleah, thanks for this post 🙂 I’ll be in Batanes end of this month and I’m wondering if we can cover the whole South Batan sights by means of a motorbike? How many hours do you think it would take?

@ Photo Cache: Yes it is. 🙂
@ Mike: It’s a really really wonderful place. If you’re looking for a good place to visit in the Philippines, you should definitely choose it 🙂

I had too play around with Bing Maps (which I’m addicted to reading the posts from my travel blogger friends, like you) to find out where the Batan Islands are, Aleah! It’s way out there! What a paradise and I’ve fallen in love. I’m adding this to my bucket list. I would literally print out your post and just follow it as a guide. By the way it’s great to see a post from you again, our friend! 🙂

Postcard shots. Another place worth visiting.