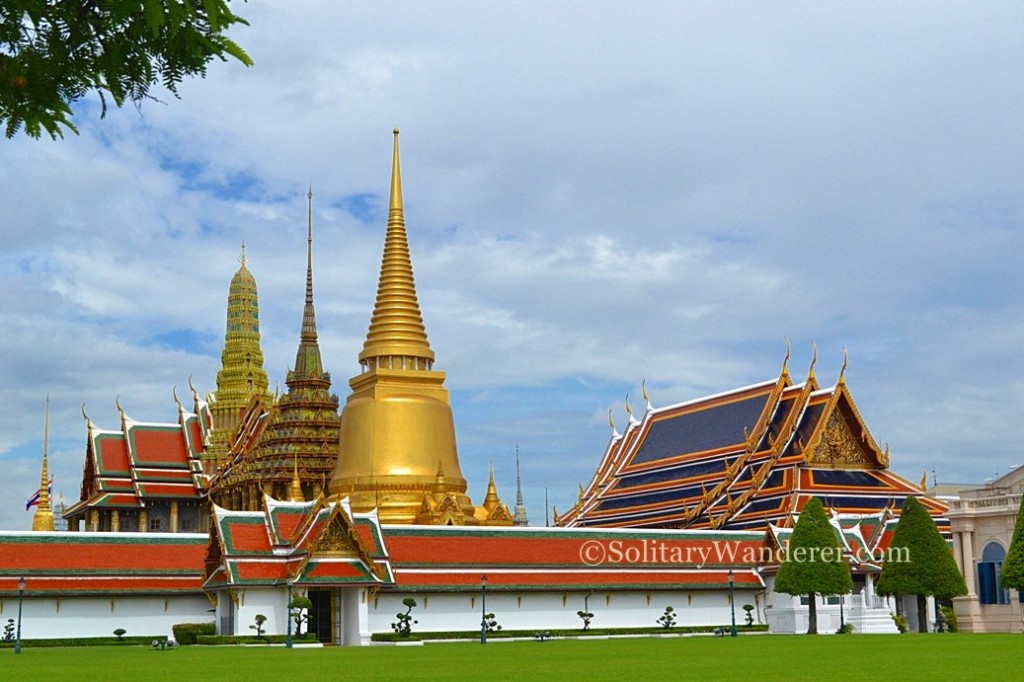 The temples of Bangkok, Thailand are a study in luxury and grandeur. The Grand Palace, in particular, is magnificent.

The architecture of the buildings, the colors of the temples, the structures painted in bright gold—all these opulence certainly make one feel so small, so insignificant.

When I had a chance to spend a day in Bangkok in August, I made sure to include the Grand Palace in my itinerary. Despite the hefty 400THB entrance fee (equivalent to PhP600), it was well worth it.

The riot of colors inside the palace grounds was overwhelming; I entered the Temple of the Emerald Buddha, thinking I could get a bit of peace; boy, was I mistaken! In such a small space, there must have been hundreds of tourists. I immediately went out and took a deep breath of fresh air; still, the emerald statue’s unassuming elegance was not lost on me. The amazing Grand Palace in Bangkok.

It is very easy to go to the Grand Palace, as public transportation is very accessible in Bangkok. If you’re near the BTS, just take the Silom line and get off at the Saphan Taksin Station. When you go out, take Exit 2, walk to the Central Pier, and buy a ticket (THB30) at the Chao Phraya Express Boat. Just tell the ticket seller “Grand Palace,” and she’ll know. Chances are, there’ll be loads of tourists there too so you won’t get lost.

Get off then at pier number 9 (the numbers are clearly seen on the pier). I suggest that you don’t sit down in the boat. Go to the back and remain standing; that is, if you like to take pictures. I took loads of photos of the structures by the river, including the Wat Arun and other more modern buildings.

When you get off the boat, just walk straight out of the pier, through the market, and straight ahead a few hundred meters. I just followed the white palace walls myself. Another warning: ignore locals who tell you the temple is closed. I couldn’t believe I was approached not one but three tuktuk drivers who told me the same thing! Didn’t they know their scam is well-known already?

I regret that I had spent too little time in Bangkok. The next time I go back, I will certainly do justice to this City of Smiles. 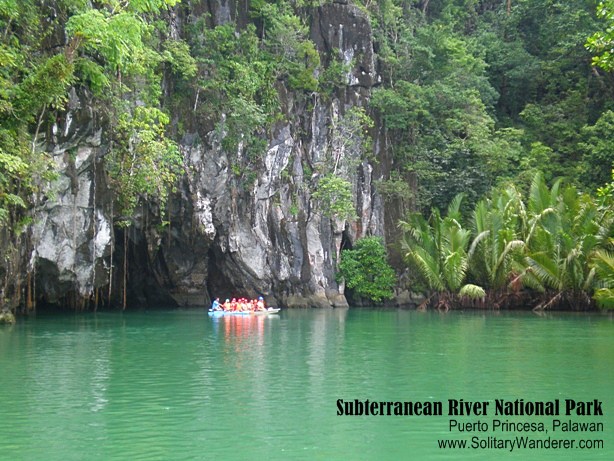 Things to Do in Puerto Princesa, Palawan 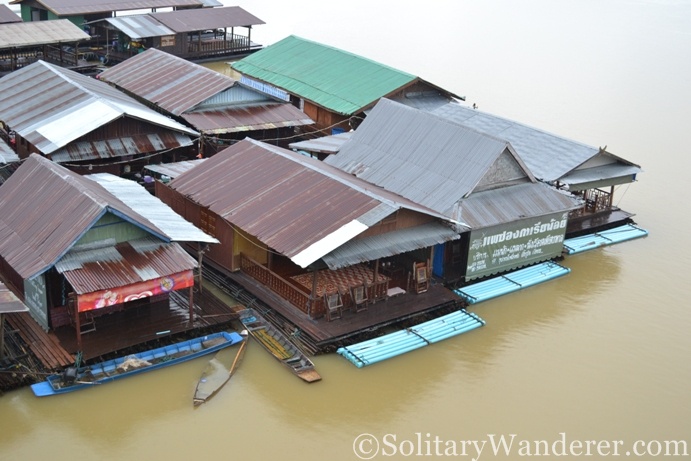 Hi Aleah, I really like your blog. Im going to Bangkok solo and this is my first time in the country/city. I will only have 24 hours before my flight back to Manila and would like to make the most out if it. So grateful if I can get an advise from an expert like you.

I’m arriving at BKK 8:30am and I booked Bangkok City Hotel (Soi Petchburi 10-12, Petchburi Road, Ratchathewi, Siam, Bangkok, Thailand) – would you know any feedback about this hotel? It’s a safe neighborhood as per reviews but I’m not really sure.

Anyway, for the rest of my stay, I’m only planning to visit the Grand Palace and then join Taste of Thailand tours at night. I’m a little bit worried on how to find my way to the Grand Palace to be honest. But thanks to your article above I think I feel a bit more comfortable now.

Would you know any other tourist spots that I shouldnt miss? If you were to spend 24 hours at Bangkok, what will you do or visit?

If theres anything more you could recommend, feel free to do so =)

I do have the same concern.
I would love to know what you think, Aleah.

Hi Anna. As I said to Anne, 24 hours isn’t much. Do check out my other posts on Thailand, it should give you more ideas on what to do there.

Hi Anne! 24 hours in Bangkok is a bit tight. For sure, visit the Grand Palace and Wat Pho, they’re close to each other. You can also check out the nice Jim Thompson house, it’s free. If you want something offbeat, go to the Fertility Shine, I wrote about it 🙂

@ The Floating Clouds: Yes, it would have been easy to go to the Grand Palace from the airport. 🙂
@ Gelo: Thanks!
@ Jarmo: Yeah, it’s a bit steep, esp since you won’t see everything at first visit. Still, I think it’s worth it. Loved your tubing tips!

I am in Bangkok right now, but haven’t gone to the palace yet, the entrance price just seems a bit too steep for Thailand. But people have said it is nice, so I might go see it once I’ve been to northern Thailand.

Thanks for sharing this info. A few years ago I spent 8 hours at the airport between connecting flights-wish I had stepped out and seen atleast some part of the city.

@ Jonah: Yup, the Grand Palace is magnificent. It’s a must visit!
@ Claire: I was only able to visit a few temples because of over-stimulation. One to two is already too much for the senses! If it weren’t expensive, I’d go back again and again.

The number of temples and tourists inside are indeed overwhelming and top that with humid and hot weather. But this is definitely one tourist-y place you shouldn’t miss in Bangkok.

wow! thank you for this information. Going to Bangkok soon and I was just thinking of going to grand palace!:)

@ Koen: Yup, definitely lots of tourists there but I didn’t regret I went.
@ Nomadic Pinoy: I arrived at 12nn, almost felt faint from the heat! I think it’s a good idea to wear a cap when you go. That way, you’ll be protected from the worst of the heat.

It can get really hot and humid wandering around the grounds from noon to early afternoon so I think it’s best to go there as early as possible (if I remember it right, they open at 8:30AM). You also beat the tourist crowd at the same time.

The Grand Palace is indeed overwhelming…a bit touristic perhaps, and tuk tuk drivers will always try to get a piece of the cake, but while you’re in Bangkok, don’t hesitate to go there, you won’t regret it…very nice article and exactly to the point…