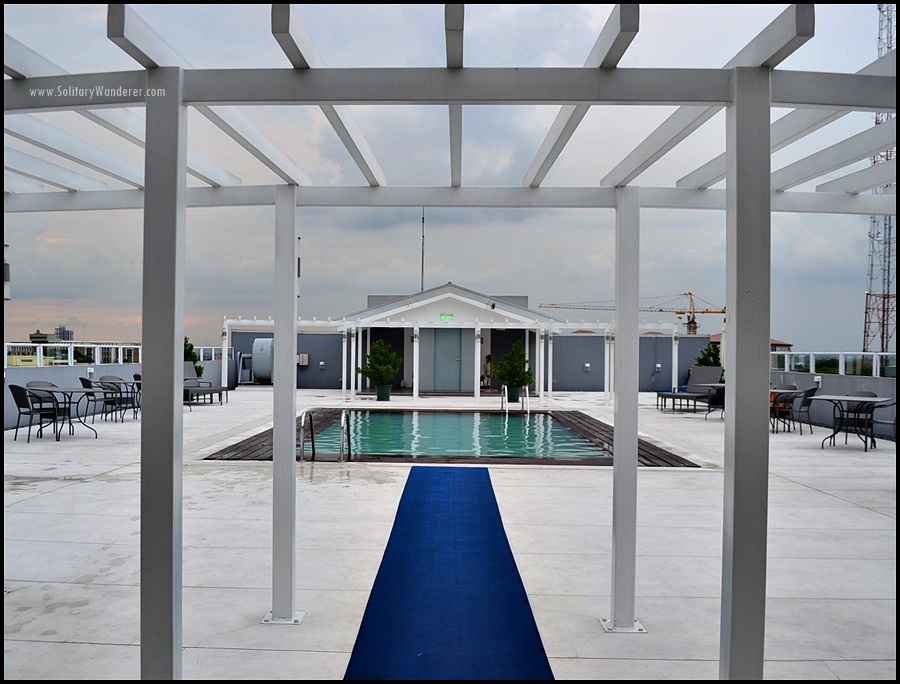 Where to Stay in Quezon City

Quezon City, once the national capital of the Philippines, is the biggest city in Metro Manila in terms of land area and population.

You can find here government offices (like the House of Representatives), the big La Mesa ecopark, and the best university in the country, the University of the Philippines.

Having lived in Quezon City for over ten years before I bought a place in the suburbs, I never got to stay at any of the hotels there. Thus, when visiting friends would ask for my recommendation, I would just refer them to Agoda or some other booking site.

Fortunately, I was recently invited on a staycation with Microtel by Wyndham, an international chain of hotels with 13 branches all over the Philippines. Here are the hotels I can recommend for you to stay in Quezon City. 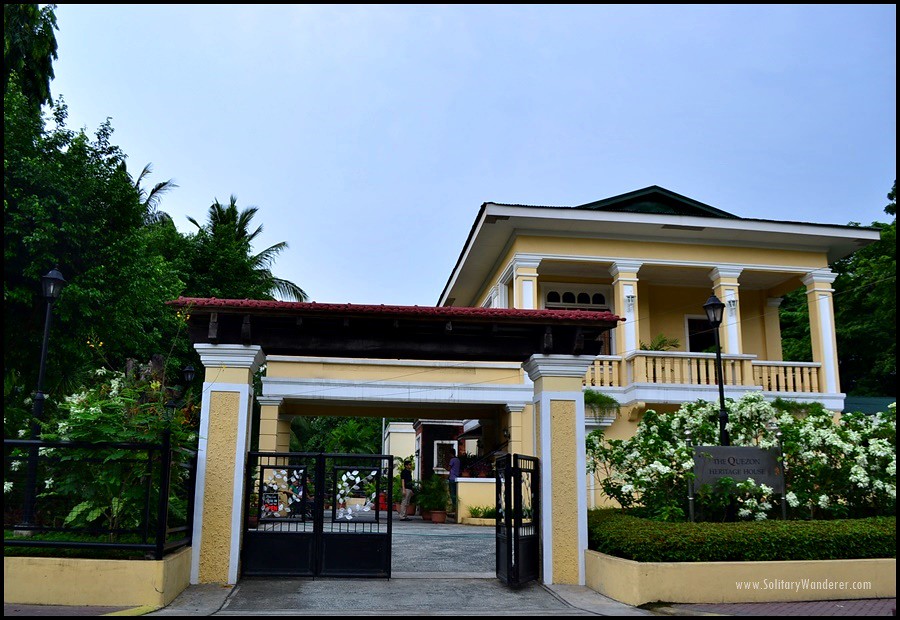 Microtel by Wyndham – UP Technohub

Located in the UP-Ayala Land IT Park, the Microtel by Wyndham at UP Technohub is very strategically located for those with business in the University of the Philippines, which is just across the hotel, or in one of the many BPOs, research firms, and other commercial establishments in the park.

It is also only a few minutes walk or ride from the Quezon City Hall and the Quezon City Memorial Circle, which is a bustling place especially on Sundays where you can find outdoor aerobic classes, Sunday market fairs, organic goods being sold, and a lot of people skating, jogging, or picnicking. 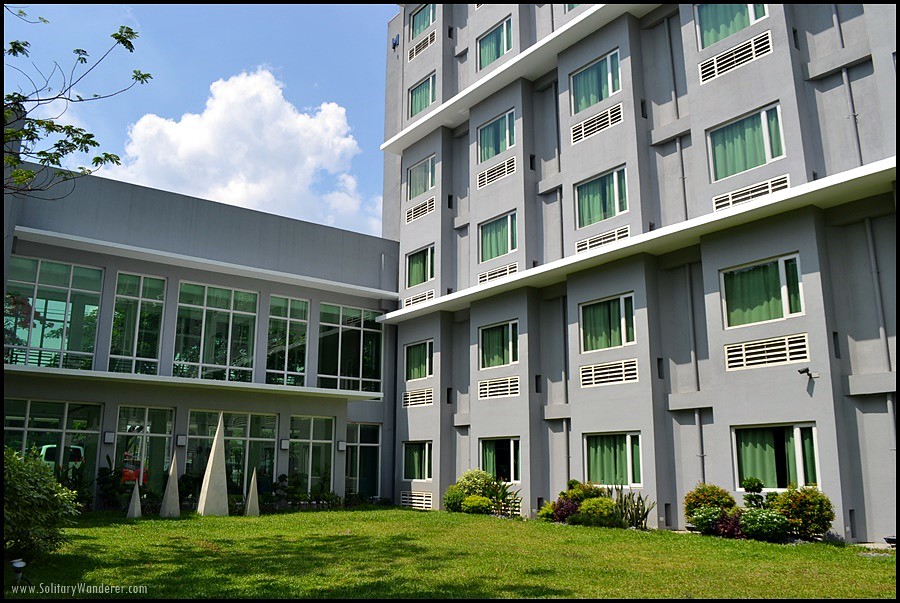 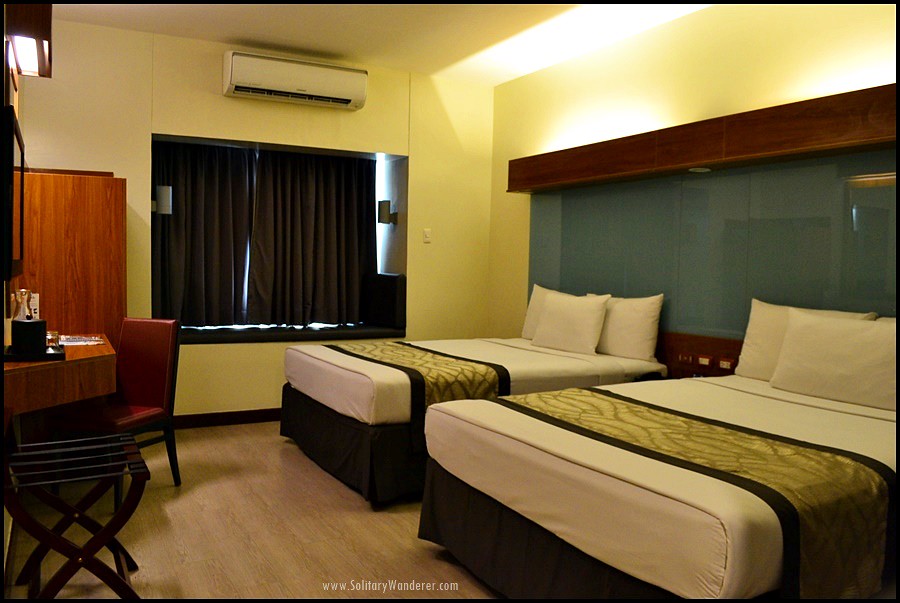 Like their other properties, the Microtel at Technohub also features the same things I liked in Microtel Boracay: firm mattress that feels really good for my back (they say it’s chiropractor-approved), a no-frills decor that manages to look elegant, and a very good in-house restaurant (remember my write-up about Mama’s Fish House in Boracay?) called Millie’s All Day Dining.

What I liked about this Microtel is that they provide fast WiFi access in the rooms, so if you have to work (like me, even on staycations like this) or check your email, you won’t have to go out to the lobby. Each floor also has a water dispenser with free ice! Talk about convenient! 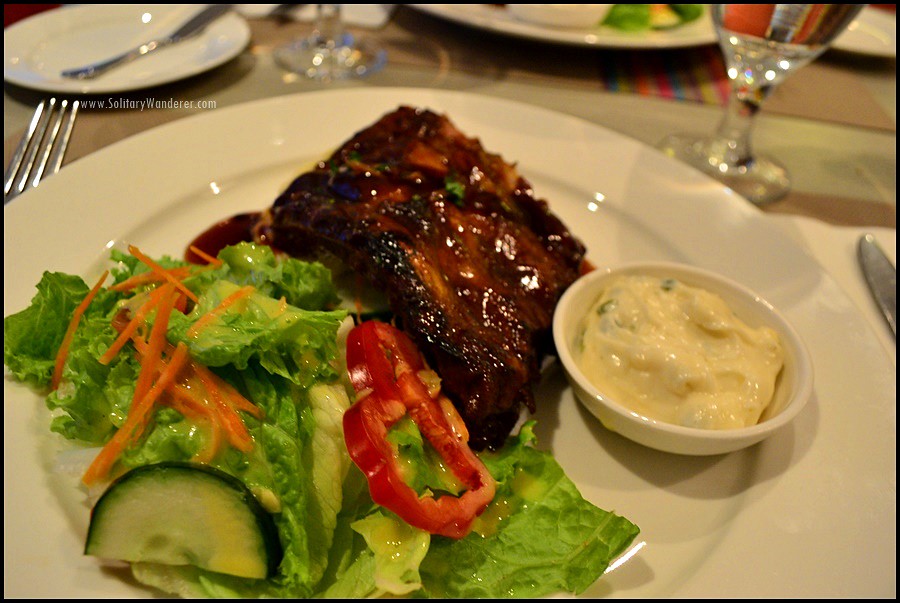 While Microtel accepts long-term occupancy (mostly those who are working in the BPOs next door), its 120 guest rooms ensure you would find a vacancy. Rates start at P2,890 per night, good for two persons, with breakfast. There are meeting rooms as well, and a function room good enough for 200 people. They have hosted weddings, conferences, board meetings, and other social gatherings.

Best of all, Microtel Technohub has a rooftop where you can get the best views of the sunset in Quezon City. Trust me, I’ve been a student at the University of the Philippines for over 10 years, and the sunsets here are amazing. If you’re more into swimming pools than sunsets, Microtel has one at the rooftop too. It’s a bit small, but it’s definitely better than nothing. Pool + drink + sunset = perfect ending to a busy day. The rooftop pool at Microtel Technohub.

Travel information: To commute to Microtel Technohub from the south, take any bus, jeepneys, or vans going to Fairview. Get off at Technohub; there’s a pedestrian overpass you can use. Don’t jaywalk as Commonwealth Avenue is very deadly. Microtel is to the rightmost part of Technohub.

Another Microtel property in Quezon City is the Microtel by Wyndham in Acropolis. Located across Eastwood City in Libis, it is walking distance from the offices of top corporations in the Philippines, banks, BPOs, shopping malls, cinemas, bars, and a lot of restaurants and other commercial establishments. 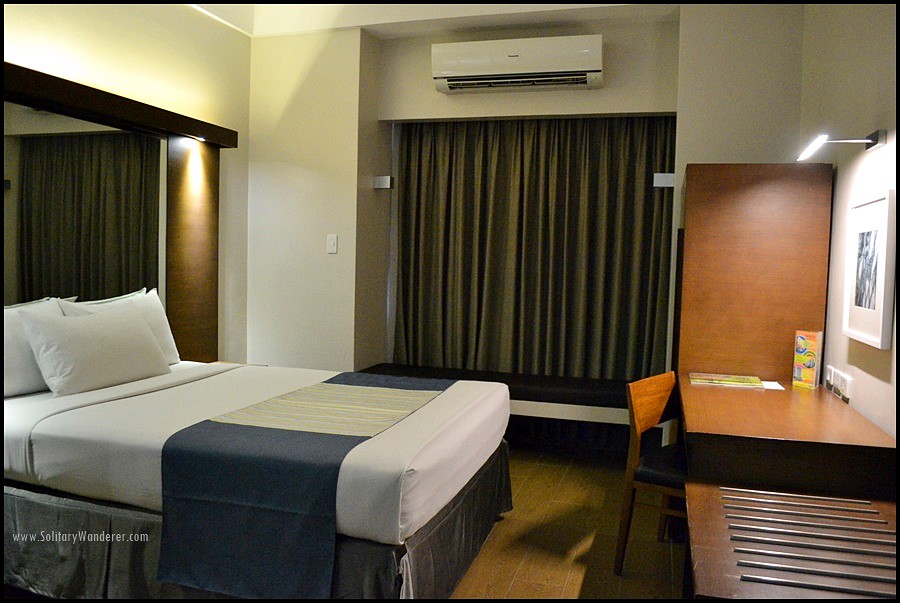 One of the guest rooms at Microtel Acropolis.

Called the only green hotel in the city, the property indeed implements energy-saving features to retain its certification, including sensor-operated lights and other eco-friendly processes.

Its 84 guest rooms feature the same facilities its other sister hotels have: chiropractor-approved mattresses, no-frills decor and services, cable TV, and hot and cold shower. WiFi, however, is only available at the lobby.

According to resident manager Ali Makabenta, the hotel’s clientele are mostly those who are working in the BPOs nearby, who rent the rooms long-term. However, they also get a lot of international clients when there are conferences in the area. Their function rooms also host board meetings, conferences, and other events. 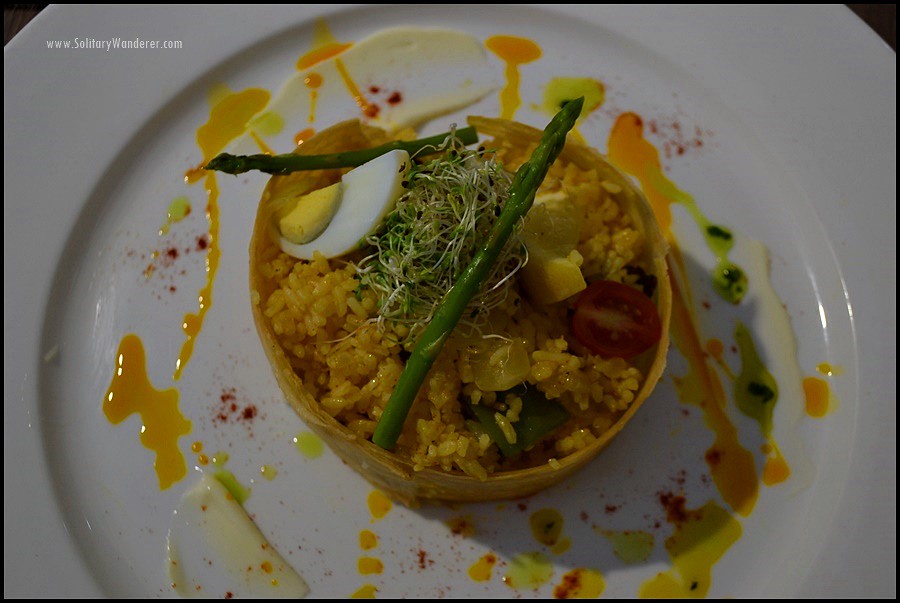 A must when you’re at Tito Chef: Aussie lamb paella.

The best feature of Microtel Acropolis–aside from its being environment-friendly–is its in-house restaurant, Tito Chef. It’s actually a destination on its own, especially for foodies. It is totally worth it to just go and eat there, even if you have no plans of checking in at the hotel.

When you do visit Tito Chef, make sure to order the Aussie Lamb Paella, Truffled Mushroom Puree, and the spicy Kung Pao Wanton Salad! For dessert, try the Dulce de Leche. Absolute heaven for those with a sweet tooth.

Travel information: To commute to Microtel Acropolis, take any jeepney from Cubao, Quezon City (from Mercury/Aurora Avenue) going to Eastwood City in Libis. Get off at Libis; Microtel is just along E. Rodriguez Jr. Ave. Rates start at P3,300 per night, double occupancy, with breakfast.

Disclaimer: While my stay at the Microtel Technohub was sponsored, all opinions are mine alone. 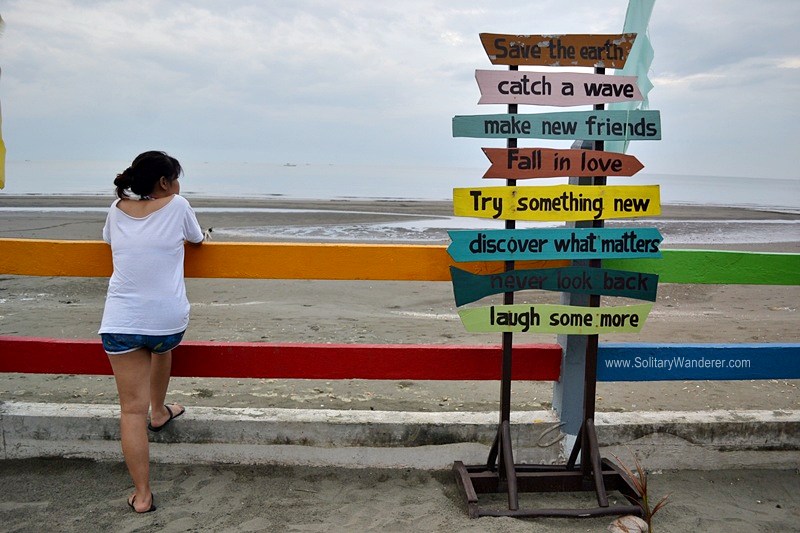 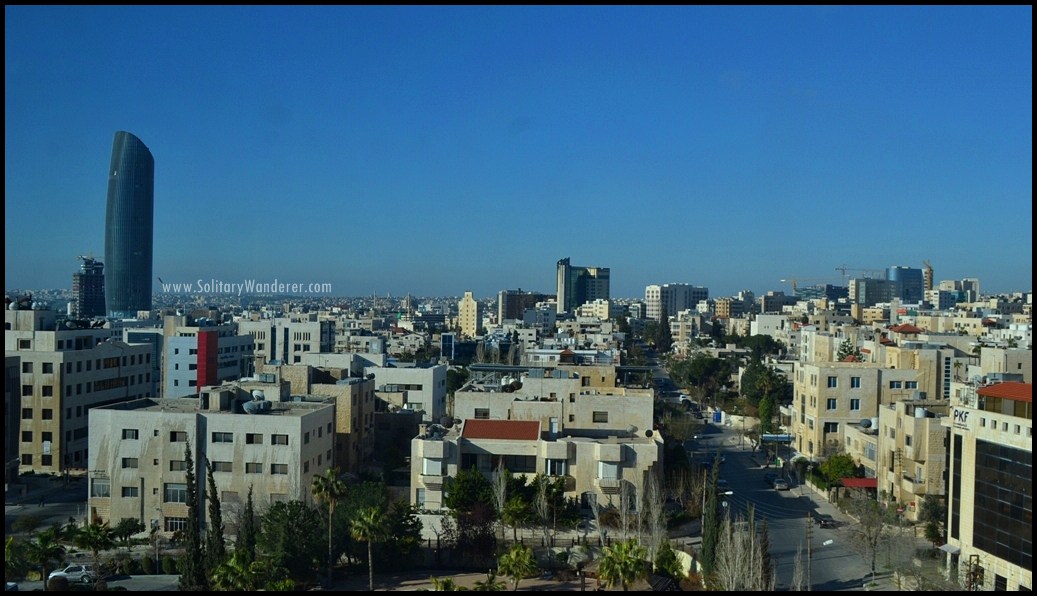 5 Tips for Choosing a Hotel for Solo Travelers 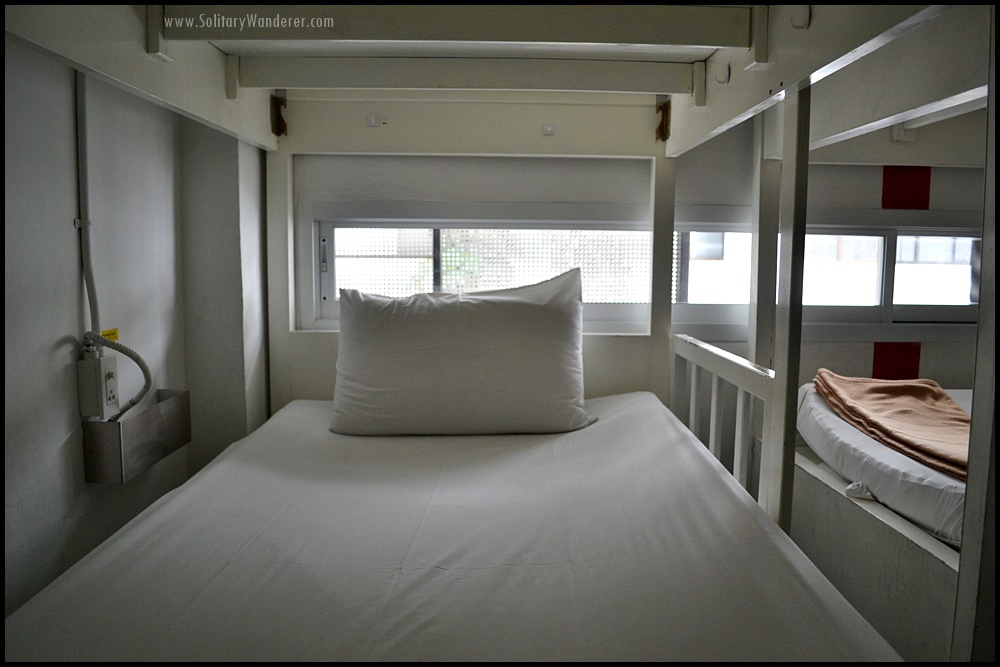 We’ll be staying in QC in a few days for relatives. I wonder what are good places for my kids to wander around to? Anyway, thanks for providing prospects! Good read! 🙂

Good read! I’ve overlooked Microtel many times during my past visits in the Philippines. I’ll want to check out the BPO scene in Quezon City and compare it with the US. Love the pictures by the way. Cheers!

Thanks! They have a lot of properties here in Metro Manila. Just choose the most convenient for you 🙂

Hi! I’ve been looking for a hotel to stay to at QC. Thanks for sharing!

Hi can you recommend budget friendly places to stay in Quezon City? I like your post, but it seem lacking. Do you know any hostel/ hotel with budget friendly price? I’ll be going there next month and I don’t have any ideas on where I can stay.

Ana: Sorry for the late reply. There are a number of hotels in Quezon City. You can check them out here: http://www.agoda.com/quezon-city/maps/manila-ph.html?cid=1652756