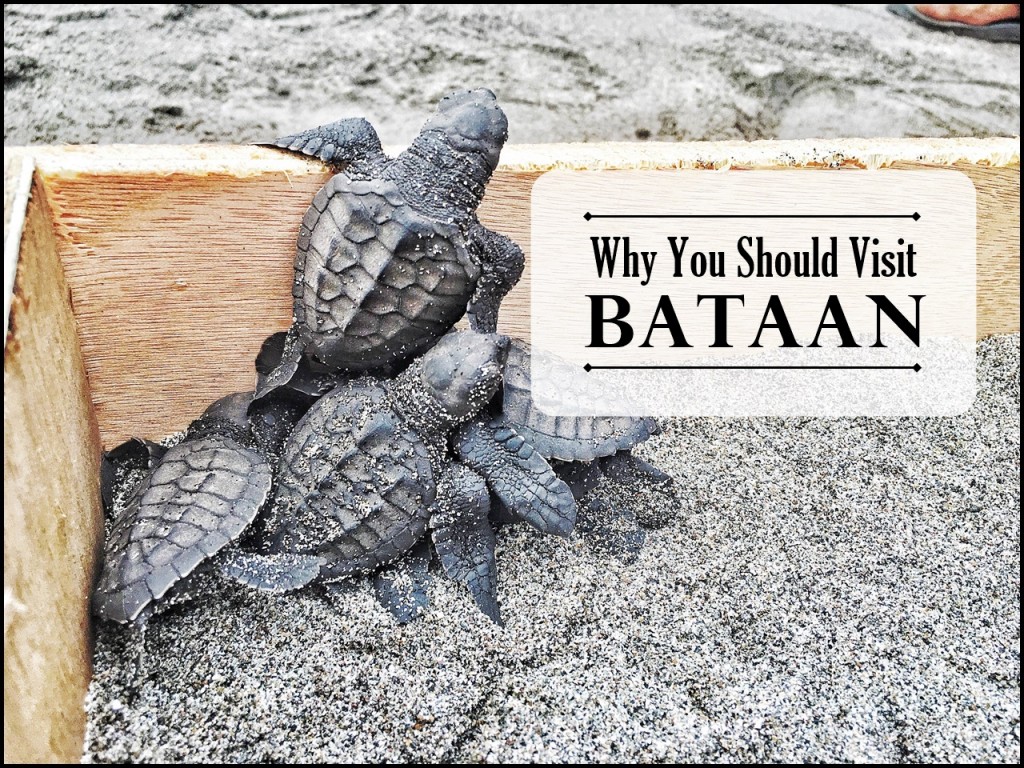 Why Bataan Should Be in Your Travel Bucket List

Text and photos (unless otherwise stated) by Karla Ramos.

The Philippines, though a bit small in terms of land area, is chock-full of wonderful places to visit, and one of them is a province called Bataan.

Bataan may not be as popular a travel destination as Boracay or Palawan but that shouldn’t discourage you to visit Bataan.

What Bataan lacks in white sandy beaches, it makes up for in just about everything else. Thus, while it isn’t the top choice of beachgoers, it is and it should be a go-to destination for the all-around traveler.

Check out the following reasons why you should visit Bataan. Bataan Has a Powerful History

As every history buff would know, Bataan was the starting point of one of the most well-known war crimes of World War II – the Bataan Death March. The Bataan World War II Museum in Balanga City is dedicated to showing what happened during the war, especially during the Death March.

It houses a huge diorama of the route where the Japanese forced 76,000 Filipino and American prisoners of war (POWs) to walk over 100 kilometers under intense heat and physical abuse. Although it’s a small museum, the things I learned as I walked around the place are definitely worth a visit.

There are other World War II-related sites and landmarks in Bataan as well. The 0 Kilometer Marker is where the POWs took their first steps in a march that would take them from Mariveles, Bataan to San Fernando, Pampanga and would take the lives of over 10,000 men.

As I stood there and observed it, knowing that it was the place that marked the beginning of people’s suffering and death, I couldn’t help but pay my respects to the soldiers who fought for this country.

Less than 700 feet from this point is the Philippine-Japanese Friendship Tower. Constructed by a Japanese organization for the city of Bagac, the tower was built to symbolize the rekindled relations between the Filipinos and the Japanese after World War II.

Find a Peaceful Retreat in Bataan

Bataan is also the perfect getaway for people seeking spiritual retreat. The Mt. Samat Cross, also known as the Dambanang Kagitingan, is said to be as tall as the Statue of Liberty. It’s been a tradition of the locals to hike up the 7-kilometer uphill pavement leading to the cross every first day of the Advent where a mass is held, followed by fireworks. I was able to climb up to the viewing deck and see the spectacular view. Our Lady of the Pillar Parish Church in Morong.

There’s also a number of churches in the area for the faithful. The St. Dominic De Guzman Church in Abucay is the oldest in Bataan. I found it pretty amazing how they were able to maintain some of the original architecture of this 17th-century church, especially its baroque style.

Bataan Has a Rich Culture

Apart from its historical and religious significance, Bataan is also a melting pot of Filipino and Spanish culture. With its spectacular representation of what the Philippine cities looked like under the Spaniards, the Las Casas Filipinas de Acuzar is an open-air museum and heritage park that perfectly symbolizes the Spanish influence in the province. Walking on the cobblestone path as we toured the property, I felt like I was brought back to the time when the Ilustrados and Insulares rode horse-drawn carriages to and fro their stone houses.

Another beautiful sight to behold is the Balanga Town Plaza which resembles the plazas in Europe. It’s pretty in the morning, but even more so in the evening with its decorative lights and fountain. There are a ton of restaurants and shops surrounding the plaza where you can spend your free time. I highly suggest dropping by Stregato Gelateria for a bite to eat – their eight-hour roast pork is a must-try. The Bataan Tourism Office is a perfect introduction to the province. You might find this surprising but Bataan has one of the best tourism offices in the country, with its spacious garden and a museum that shows you things you can expect on your visit. They also have souvenir shops where you can buy a bunch of pasalubong for your loved ones back home. I personally loved the bags and jars with hand-painted designs.

Like all provinces in the Philippines, festivals are also a big deal in Bataan. One of its most popular and biggest ones is the Pawikan Festival held toward the end of November. Aimed to preserve and raise public awareness on the endangered sea turtles, it’s a weeklong celebration that features a street dance competition, beach volleyball games, and sand castle contests among other things. The pawikan hatchlings before being released to the sea.

The highlight of this festival – and quite possibly the highlight of my entire travel experience – is being able to witness the release of the pawikan (sea turtles) hatchlings into the sea. It sounds simple, just watching baby turtles make their way to the water, but there is so much beauty and hope in knowing that the little creatures have a shot at life.

So far, the list includes a lot of sightseeing and exploring and not a lot of actual doing. Thankfully, though, Bataan isn’t just a place for leisure traveling – it’s also a place of adventure and outdoor activities. One of the most famous hiking spots in Bataan is Tarak Ridge where seasoned hikers climb Mt. Mariveles. It’s definitely a physical activity as the trail is very steep and there were multiple times when we had to go on all fours while climbing. The view at the top though is just utterly breathtaking and worth the strenuous climb.

Bataan also has its fair share of waterfalls and beaches. Possibly its most famous one is the Anvaya Cove Beach, the only beach in Bataan with fine white sand. However, since it restricts its beach and amenities to members only, another option could be Sisiman Beach. It may not have Anvaya’s powder white sand but it does have a lighthouse that is a perfect photo opportunity. If you’re a bit more adventurous, you can also try rappelling in Bataan. The 110-meter rock face of Mt. San Miguel in Sisiman is perfect for such an activity (try doing it Aussie style, which has you rappelling facing the ground!). It may be the highest in Luzon, too.

No matter how picturesque a place is, it’s hard to enjoy it if the food isn’t good. Luckily, Bataan knows how to serve good food. From its Vietnamese food and polvoron to its tinapa and bagoong, the food in Bataan is guaranteed to satisfy your hungry tummy after a day full of sightseeing and adventure. Overall, Bataan may not (yet) be an internationally known travel destination but I like to think that’s exactly why you should go and visit the place. The experience you will have is surely a more authentic one.

Besides, Bataan is only a few hours’ drive from Manila. So if you have a weekend free, gather up your buddies and set off on a road trip to the wonderful province of Bataan.

Karla is the travel blogger behind Karlaroundtheworld. She’s a social media manager, travel consultant, hostel co-owner, and former preschool teacher in the Philippines who works hard and plays hard. She is a thrill seeker and adventure junkie who enjoys researching for and planning trips. Follow her adventures on Facebook, Twitter, and Instagram! 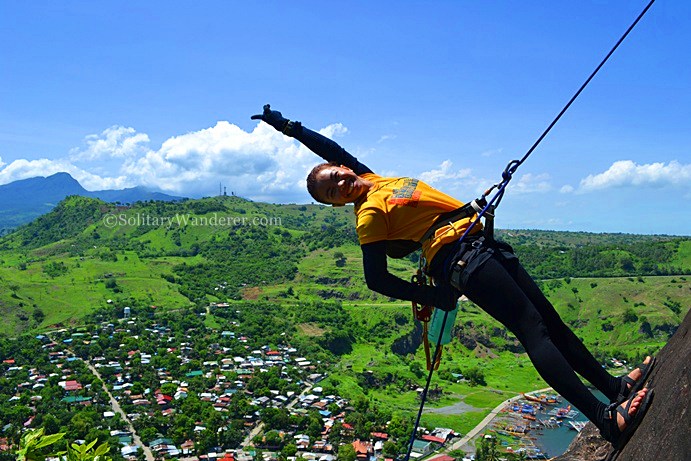 I have been to bataan but haven’t visited places on this list… Thanks for sharing..

My husband and 3 teenage kids are planning on staying at las casas de Acuzar and I happenex upon your site, which made me more excited about Bataan. I’d like to ask your advice of easy-to-reach places near las casas that we can visit. ? Thank you.

hi Karla! Do you have some tips on how to make it in bataan in more thrifty way? like for commuting, food and accomodations. Thanks in advance 🙂

If you want to commute to Bataan, you may rise a bus from Cubao. Depends on where you want to end up, you will spend around 200 pesos. Food in Bataan is cheap , as I mentioned the Hu Tieuan only costs around Php 50.

I never tried commuting around Bataan since we drove going there, but I found this link for you.

Hopefully that helps. Enjoy your trip !?

It is interesting to see this blog promoting my home province..but somehow i noticed a kind of confusing presentation.

You mentioned the 0km post of death march then in the next paragraph seems you are telling the tower in bagac is in close proximity with the death march post which is in mariveles.

But overall i do admire your preaentation of my home province

Been away from the place for decades already though.

Thank you for your appreciation. First of all, thank you for bringing it to my attention. There are 2 death march markers, one is in Bagac as I have mentioned in this article and another one is in Mariveles. So the facts are right. The one we visited was the one found in Bagac, Bataan, close to the Philippine-Japanese friendship tower.

As for the Pawikan Festival, it is held in Morong Bataan every year.

Hope that satisfies you. You have an interesting home town. I would like to go back and explore the other areas such as Sisiman and the falls.

one of the many reasons why i love my province, Bataan!
come visit us here in Bataan. 🙂

@ Sef: When I’m back in the Philippines, I’ll definitely go back there 🙂

Another pin-nable destination isn’t it?

Enjoy Asia! I’m enjoying the weather here now. It’s not cold at all. 🙂

We’re going to the Philippines in Feb and may now add Bataan to our itinerary. Thanks for the info 🙂

Hope you will enjoy the Philippines. Don’t miss Palawan!