In 2009, I went to Palawan with a good friend. I had meant to write about my trip there, but somehow, I felt that I could never do justice to it.

I did have a short post about our travel to El Nido once, but it was just full of pictures and of things left unsaid.

Two years down the road, with the memories only a soft whisper of what had been, I feel that I can already talk about how that lovely place has remained with me always, despite countless other places visited and other people I’ve been in company with. To me, El Nido would forever be associated with a future that was not meant to be.

Where to Stay in El Nido

We arrived in Palawan to a rainy Puerto Princesa, and my friend and I stayed there for a day or two to see the sights, specifically the subterranean river and the Palawan mangrove. We had decided to go to El Nido, a small town north of Palawan which I first thought to be expensive. A view from the El Nido beach.

When we arrived in El Nido, though, we learned that the accommodations were cheaper than we expected, cheaper even than the ones that could be had in Puerto Galera.

We could have had luxurious rooms for P2,000 a night, but being backpackers, we decided to forgo the luxury and looked for budget-friendly ones. The cheapest we found was Ralf’s; at P400 a room, it was certainly a steal, given that it was also a beachfront cottage and listed in Lonely Planet to boot!

I am an über-budget traveler, but even I balked at the place when I saw it. Shared bathroom, depressing atmosphere, a rickety ladder (not stairs!) going up to the rooms—all these spelled disaster to me, so we decided to go to a medium-priced one instead.

At P800/night, Rovic’s was perfect. It was beachfront, there were not too many guests, there was a private bath, and there was even a patio with a hammock to pass the time. Things to Do in El Nido

We had a lot of choices of things to do in El Nido. There were the island hopping packages to the numerous islands and islets nearby, snorkeling, diving, kayaking, mountain climbing, hiking, and biking, among others. We booked the snorkeling tour to Miniloc Island (Big Lagoon) at El Nido Boutique & Artcafe for P700 each (inclusive of lunch).

Of the 10 or so passengers, I was the only Filipino, and when it was time for us to go to the Secret Lagoon, all the Europeans jumped into the water and swam confidently to the outcropping of rock that hid the lagoon.

I and an American guy who was an English teacher in Japan were the only ones who had to wear a life vest first. (Yup, it was embarrassing not to know how to swim, given that I grew up in a coastal town!) There were not a lot of corals, but the view was magnificent. The beaches in Miniloc Island had fine white sand and the ocean was a calm blue green. We would have wanted to kayak too, but there was a storm the next day, confining us to the patio of the guesthouse.

Evenings were fun as well in El Nido. There was a live band at the El Nido Boutique playing 1980s song and we, together with two French girls we met, had a great time singing along. We had meals in Pukka Bar and Restaurant, too, a great place with tasty food and friendly staff.

Looking back on our trip there, I knew that from the outside looking in, El Nido is just like any other tropical beach paradise in the Philippines, with its requisite fine white sand beaches, blue green sea, and temperate weather.

I soon realized though that what made El Nido special was the seeming timelessness of the place. Nothing seemed to disturb its serenity; not the real-world concerns we had back in Manila, and not even the storm, which felt just right.

I thought then that we could be happy there forever, enveloped in the magical charm of El Nido.

If I could crystallize all my experiences of El Nido into one sharp image, it would be of a picture of him on a hammock that day, seen in silhouette amidst the white sand, blue-green ocean, and the distant views of the nearby islands. A picture of serenity in El Nido.

He’s been gone a long time, but I will always have El Nido with me. This is my entry to the “Most Romantic Place in the Philippines” Blog Carnival of the Pinoy Travel Bloggers which I am hosting. 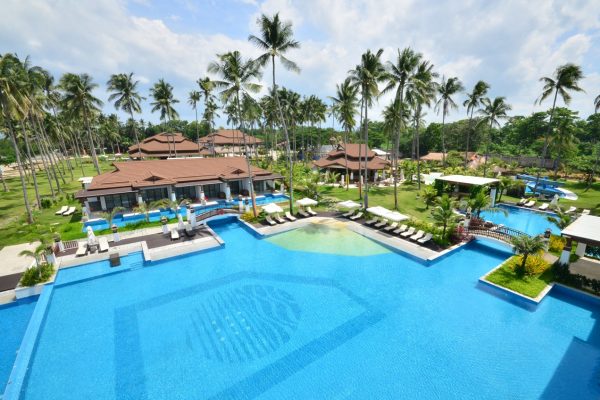 Where to Stay in Puerto Princesa, Palawan 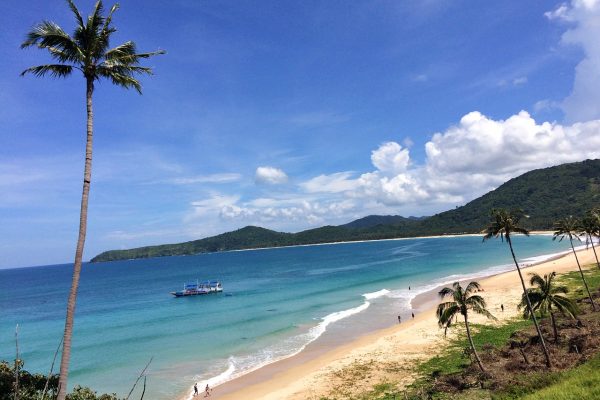 5 Best Things to Do in El Nido, Palawan 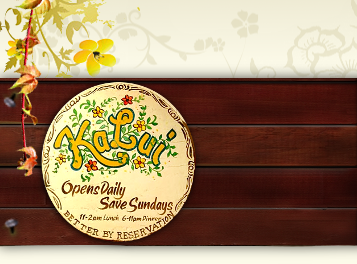 Guide to the Best Restaurants in Puerto Princesa, Palawan

You seem to have gone to El Nido at the wrong time. You should go again and see it in the sun

@ Filipino Food Guide: El Nido is surprisingly cheap. You wouldn’t go broke if you decide to go there 😀
@ tndcallphilippines: Love it too. I didn’t get a chance to use it though.
@ Ken: I agree 100%
@ Gelo: It’s history haha

“If I could crystallize all my experiences of El Nido into one sharp image, it would be of a picture of him on a hammock that day, seen in silhouette amidst the white sand, blue-green ocean, and the distant views of the nearby islands.

He’s been gone a long time, but I will always have El Nido with me.”

Bridge was right, I can also feel the emotion.

I visited El Nido last year about this time. I, too, found it to be a charming place. Isolated from the bustle of Puerto Princesa, and requiring a bit of commitment to get there, El Nido more than repaid the bit of effort in going. It was a great first real stop on my travels of the past year.

love the hammock picture. Indeed a perfect picture of relaxation – and what vacation should be like.

If I had the money that would be part of my vacation, I would first tour all tourist spots here in the Philippines before even thinking of vacationing outside the country hehehehe.

@ Davao Information Site: Thanks. El Nido IS beautiful. Do drop by my blog again!

It’s one of my dream destinations. Never been there. Your photos are spectacular.Thanks for sharing.

Beautiful, nostalgic post…El Nido must have had a really special place in your heart…the whole post breathes a romantic atmosphere..to have shared that with someone you were in love with at the time must be unforgettable…

@Lance: I’d been to the Underground River; just hadn’t had the chance to write it yet. hay. So many backlogs!

Look at those clouds, this place looks magical! I stopped over from Red Nomad OZ’s hop (better late than never, haha). have a great one!

Aleah, you describe it well. It’s an area I have never thought og going to, so keep on writing about the area. Need to know lots more.

Magic spot! I love how the good and the not-so-good worked so well together – a metaphor for life! Thanx so much for playing ‘Round the World’!!

Have a great day!!

yay..going to El Nido this May 🙂 doing another solo travel..bisyo na ito!

@Outonvacation: I envy you. I miss El Nido so much! I’m sure you will enjoy it there. Looking forward to read your posts then 🙂

Dai Aleah. How about your travel tips on how to get there? If you dont mind.:-). El Nido is also our dream places. How much would we budget? Any post on that? Thanks in advance. Thanks for posting this, it just ignite again our interest to visit the place.

I can relate, Aleah. There are posts that we can’t write about right away. It’s always at the back of our head until the time comes that the thoughts would just flow freely and we can safely talk about them in our blogs.
Drama talaga tong Valentines. hahaha. Nice post, andami na nating nagiging mush dahil sa Blog Carnival na toh! 😀

Hi Ed, I guess we all wanted to be mushy this Valentine’s. This is our only excuse after all, to write cheesy posts! Hehe.

“He’s been gone a long time, but I will always have El Nido with me.” Sorry but I can feel the emotions… this is so heartbreaking. Affected much? Damn, every entry in the “Most Romantic Place Blog Carnival” is dissolving me into one big mush!

You can still contribute, Bridge. There’s one more day before the deadline. Give us another reason to read this month’s blog carnival! 😀

The place is so dang good! Good for you, Al. You’ve been to that place. I should visit the place…with my fiance…when we get the chance! 🙂

You and Gerald will really enjoy it there, Liz. It’s very quiet, very peaceful. I wish I could go back there too! 🙂

El Nido is our dream place to retire to someday 🙂 We adore this place – nothing beats waking up to that tropical sunrise, beautiful limestone cliff, small town vibe and gorgeous beach. I hope its pristine beauty would remain timeless as well.

@Claire: Alas, nothing lasts forever. When we were there, the community was fighting against the dredging planned there. I have no idea what the status is, but I certainly hope it did not push through!

i agree i think the place is really timeless. I haven’t been to Palawan but when i go there, i’d probably stay a very looong time.

@Jerik: We were only there 3 days, quite a short time actually to enjoy the best of El Nido. Go when you have the chance, while the place is still relatively tranquil!