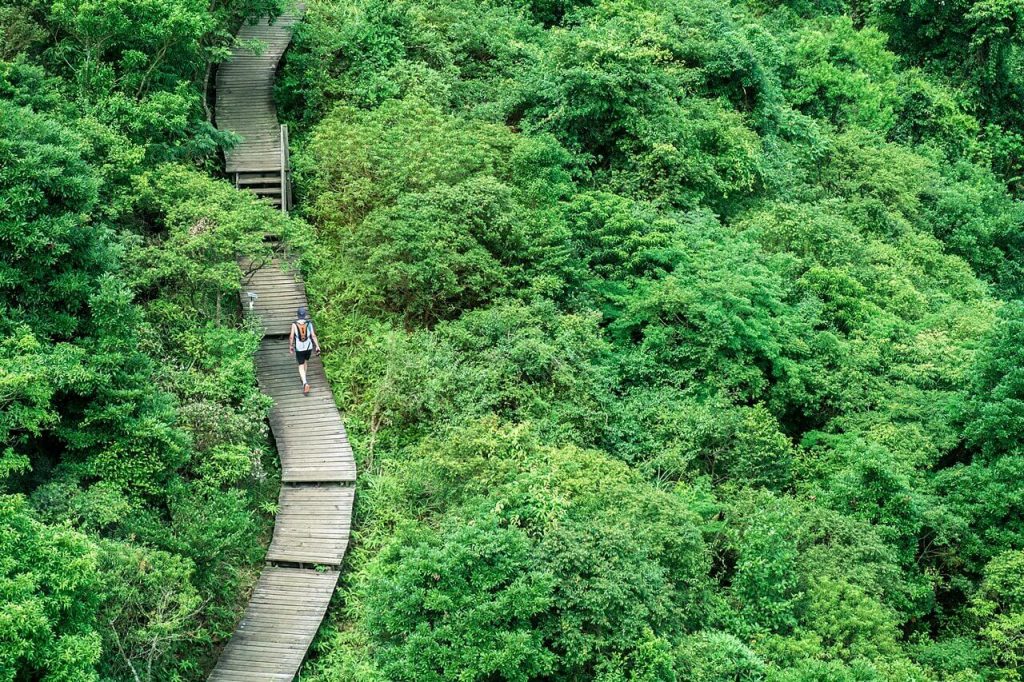 Things To Do on Lantau Island, Hong Kong

Hong Kong is one destination that a lot of Filipinos have visited. It’s relatively close (just a 2.5-hour flight), and airlines hold seat sales often enough that you can buy a return ticket for less than P5,000 ($100). The food is delicious, the shopping is plentiful (and cheap!), and there’s a lot of things to do there.

I’ve only been to Hong Kong once, but I stayed 9 days there, time enough to go around and even visit Macau for a day. If you’re planning your HK itinerary, definitely include Lantau Island. You can easily spend a whole weekend in that area alone.

Hong Kong is composed of 261 islands (that are bigger than 500 sq m) and the Kowloon peninsula. Lantau Island is the second largest next to Hong Kong Island itself which is the political and commercial center of Hong Kong.

There’s a lot of things to do on Lantau Island — nature lovers, in particular, would love it. Consisting primarily of mountainous terrain, Lantau is often referred to as “the lungs of Hong Kong.” Unlike Hong Kong Island and Kowloon, it has a lot of forested areas and there are no high-rise residential developments. Hiking trips on Lantau are definitely recommended.

If you’re a morning person, you can get a good view of the sunrise at its highest point — the 934-meter high Lantau Peak. If you’re nocturnal like me, however, here are other things you can do on Lantau Island.

Things To Do on Lantau Island

To get to Lantau Island, take the Ngong Ping 360 Cable Car. It’s not the only way to get there, of course, but it’s the most enjoyable. (Take note you can also hike there! See hiking path on the featured photo. That pic was taken from a cable car.)

It is the third cable car system in Hong Kong, following the Peak Tram and Ocean Park Cable Car. The ride takes about 25 minutes, which runs between Tung Chung and Ngong Ping. You’ll be treated to gorgeous views of the countryside and the sea, especially if you book the crystal cabin with a glass bottom!

I only chose the standard cabin, even though I’m not afraid of heights (as it’s cheaper). If you’re traveling with family, you can also choose to take a private cabin for privacy, queue-free ticketing service, and priority boarding.

When taking the cable car back to Tung Chung in the afternoon, you’ll be able to see a breathtaking view of the sunset.

How to go to the Ngong Ping 360 Cable Car: Take Exit B at MTR Tung Chung Station. Walk for approximately five minutes to the Tung Chung Cable Car Terminal. Here’s a guide to going around Hong Kong. The Ngong Ping 360 Cable Car takes you directly to this 1.5-hectare culture village. Aside from a lot of of shopping, dining, and entertainment options, Ngong Ping Village also has four themed attractions: VR 360, Stage 360, Motion 360, and Walking with Buddha.

VR 360 has six virtual reality experiences with Wuba and other characters from the adventure film Monster Hunt 2. Stage 360 is a live performance that shows how sensational special effects in movies are created. Outside the performance hall is a cinematic nostalgia installation that includes stylings and costumes of Bruce Lee. (I chose this one!)

Motion 360 is a theater equipped with seats that respond to the plot of the movie being shown, including water spray, wind effects, and other stimulating installations. Walking with Buddha, on the other hand, is a multimedia attraction wherein you will walk on an immersive journey with Siddhartha Gautama, the man who became the Buddha. You will follow his path to enlightenment from a prince living in an opulent palace to the Buddha in a harsh forest. The Tian Tan Buddha from Sompao/Shutterstock

3. Go up to the Tian Tan Buddha

The Tian Tan Buddha, also known as the Big Buddha, is a 34-meter tall bronze statue (including the base) on a hilltop within the Po Lin Monastery.

It sits 26.4-meter on top of a lotus throne and can be reached through a long stairway. You need to climb 268 steps (ha!) to take a closer look of this $HK60-million Buddha amid the sweeping mountain and sea views.

The Buddha statue faces north towards Mainland China to look over the Chinese people. Its depth and dignity is said to be personified through the eyes, lips and head inclination. Meanwhile, its raised right hand is supposed to deliver a blessing to all.

The construction of this huge statue took 12 years and with its completion in 1993 came the popularization of the once remote Po Lin Monastery. The Buddha has been drawing pilgrims from all over Asia since then, and it has been dubbed “the Buddhist World in the South.”

How to get there: The monastery is about 10-minute walk from the terminals of Ngong Ping Cable Car and New Lantao Bus. The giant columns on the Wisdom Path from Surrphoto/Shutterstock.

Located at the foot of Lantau Peak, Wisdom Path is about 15-minute hike from the Big Buddha and Po Lin Monastery. The entrance, which is right beside the gateway to Lantau Sunrise, is marked by a phoenix sculpture. The site is occasionally covered in fogs and mists because of its location.

You won’t get lost hiking the Wisdom Path. The trail is clearly marked. At the time I was there, there were only very few hikers (I guess most people climb up the steps to the Big Buddha and feel it is enough exercise?). You’ll pass by abandoned buildings like the one below. I peeked inside and there were still some household items in there, giving the whole thing a scary, horror-movie vibe. Abandoned building on the way to the Wisdom Path on Lantau Island.

Wisdom Path is so-called because of the 38 giant wooden columns installed in the area. Each one has a calligraphy of the complete verses of the centuries-old Heart Sutra — one of the world’s best known prayers by Confucians, Buddhists, and Taoists.

About 8 to 10 meters tall and 1 meter wide, the wooden columns are arranged in an infinity (∞) pattern following the natural terrain of the site. The verses inscribed are the Chinese version translated by Xuanzang of Tang dynasty and written by master Sinologist Professor Jao Tsung-I.

To portray the concept of emptiness that is highlighted in the Heart Sutra, the tallest column marked no. 23 was intentionally left blank. In its original language, the full name of the Heart Sutra symbolizes wisdom and completeness. The essence of the verses is to have no hindrance in one’s mind, according to Professor Jao.

How to get there: There are signs to the Tea Garden from the Ngong Ping Cable Car terminal and the Po Lin Monastery. The fishing village of Tai O from Philip Lange/Shutterstock

Tai O, also known as the “Venice of Hong Kong,” is home to the Tanka people. Tourists find scenic the fishing community’s stilt houses, called pang uks, which are built right above the waterway. Many also flock to the village to see Chinese white dolphins or “pink dolphins,” go on a boat trip, or watch the sunset.

A manually operated steel pedestrian bridge built in 1996 has replaced the once famous rope-drawn “ferry” that operated for more than 85 years.

There is also the Tai O Rural Committee Historic and Cultural Showroom that exhibits relics donated by local residents. It shows the community’s history through items such as fishing tools and dismantled old structures. I only spent one day on Lantau Island (I booked it via Tara Lah sa SG, which provides lower rates than other online travel agencies), and I did all except going to the fishing village. As always, there wasn’t enough time!

So if you’re going to Hong Kong, make sure to include in your itinerary all these things to do on Lantau Island. Whether just one day or two, you’ll definitely get to experience what Hong Kong has to offer!

Have you been to Lantau Island?
Featured photo of man walking on hiking path from Chanawin Tepprasitsakda/Shutterstock. 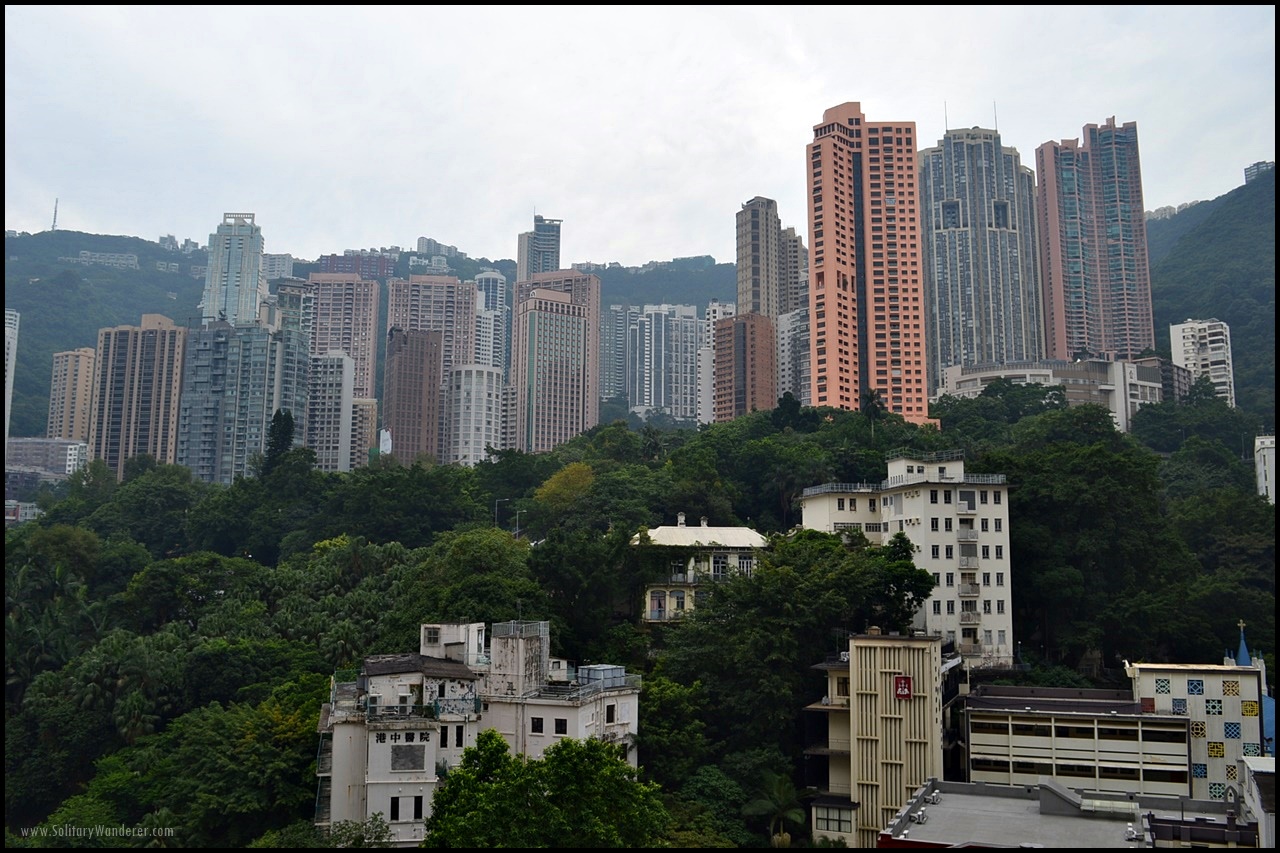 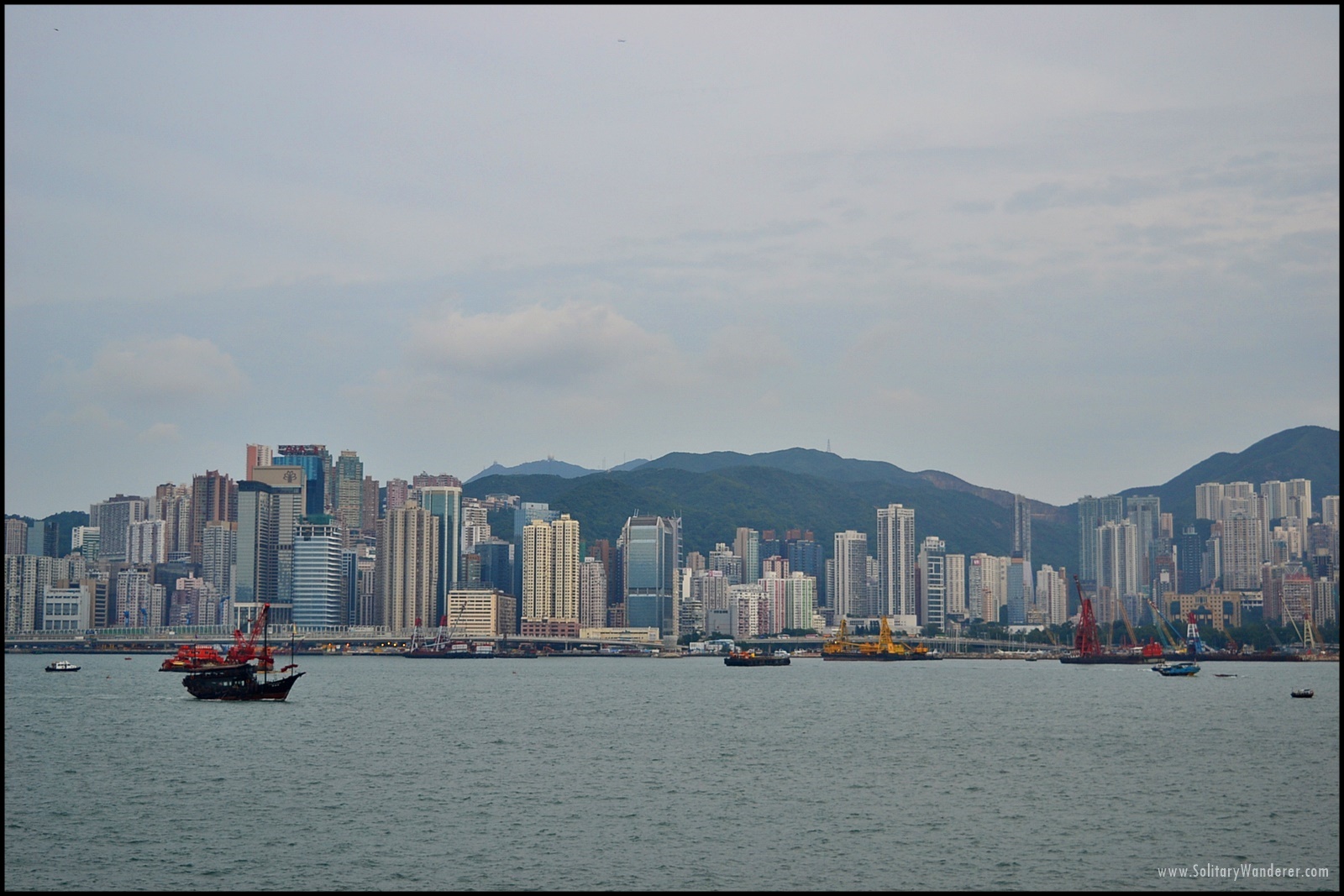 Off the Beaten Path Shopping Experiences in Hong Kong 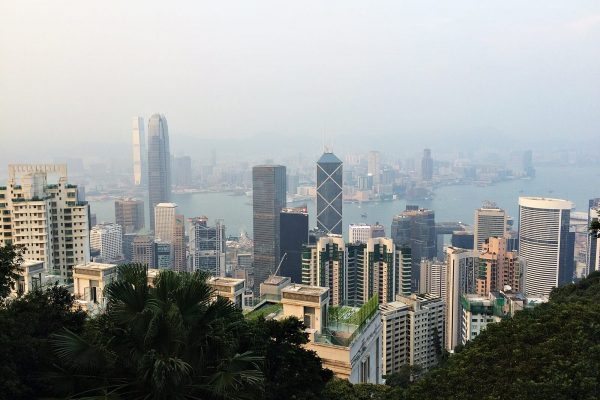 ” The food is delicious”

This is the most important thing I ensure before choosing a travel destination.

Lantau is breathtaking and beautiful. Especially the greenery there. Never heard of it before that.

I’ve been to Hong Kong but never really got to explore the country. I’ll go here if I ever find my way back!

I have this saved for when I travel to HK.
Really helpful guide

Such a cool island, I hadn’t actually heard of Lantau before now but will 100% make sure to visit it when I am in Hong Kong! The old fishing village looks beautiful, such a contrast to the manicness of the city

Hongkong is one destination I would love to stay a few days in. I am salivating at the thought of all the wonderful dimsums and noodles.

I really want to try the cable car! Not just in hong kong but anywhere! Looks fun though scary. Haha amazed with the giant Buddha too!

Very nice post. I really like to hike around the outer areas of Hang Kong. Most people don’t realise how much good hiking there is in Hong Kong.

Look at those lush, green hills Aleah. I am in. Love it. Lantau feels like a cozy paradise, perfect for a short stay. I would laze around the place for a week or so. Good to know cheap flights are available too, especially if we are already in SE Asia and need a quick connecting flight from the mainland. Super post.