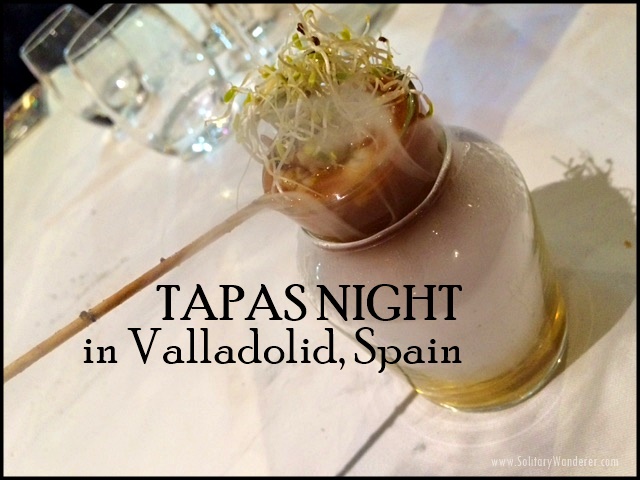 I have read, again and again, that having tapas is one of the best things I can do in Spain.

After all, what better way to know a culture than through its food (and drink), right?

It was in Siargao, Philippines, however, where I had my first taste of tapas.

My friend Albert, from Barcelona, made pan y tomate out of pan de sal that I bought from the market and olive oil that he brought from Spain. Together with slices of dried chorizo, it made the perfect snack for us.

That’s actually what tapas are — snacks that are eaten with alcohol. It can be cold — like our bread and tomatoes — or hot, like the chopitos (fried baby squid in batter) that I had in Barcelona. This is called Aroma.

Derived from the Spanish word tapar, which means “to cover,” tapas are served in small quantities. They were originally placed on top of a drink, making it “mandatory” to eat while drinking. This prevented people from getting drunk easily.

Aside from the bread and the squid, I’ve also had other tapas, like the fried eggs with fries and ham and some pork that I’ve had in a bar off La Rambla in Barcelona. Eaten with clara (beer with lemon), it was the perfect pre-dinner meal I had with a friend.

What I didn’t know, however, was that far from being just a regular and ordinary snack, tapas could be elaborately modern and sophisticated too. I had some of the best in Valladolid during our weeklong trip to Castilla y Leon. 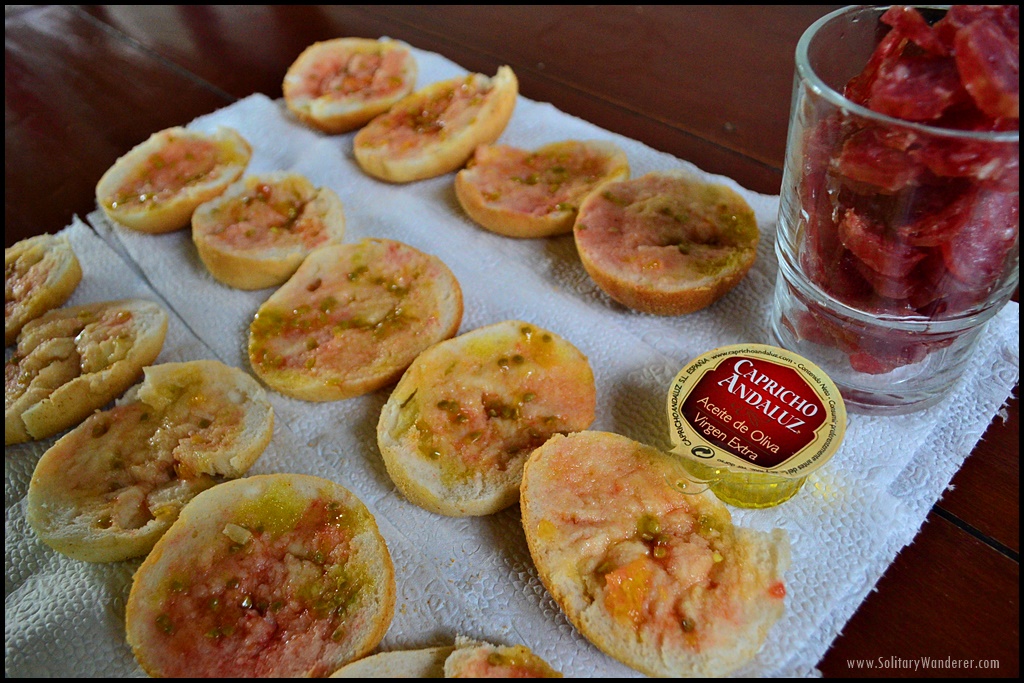 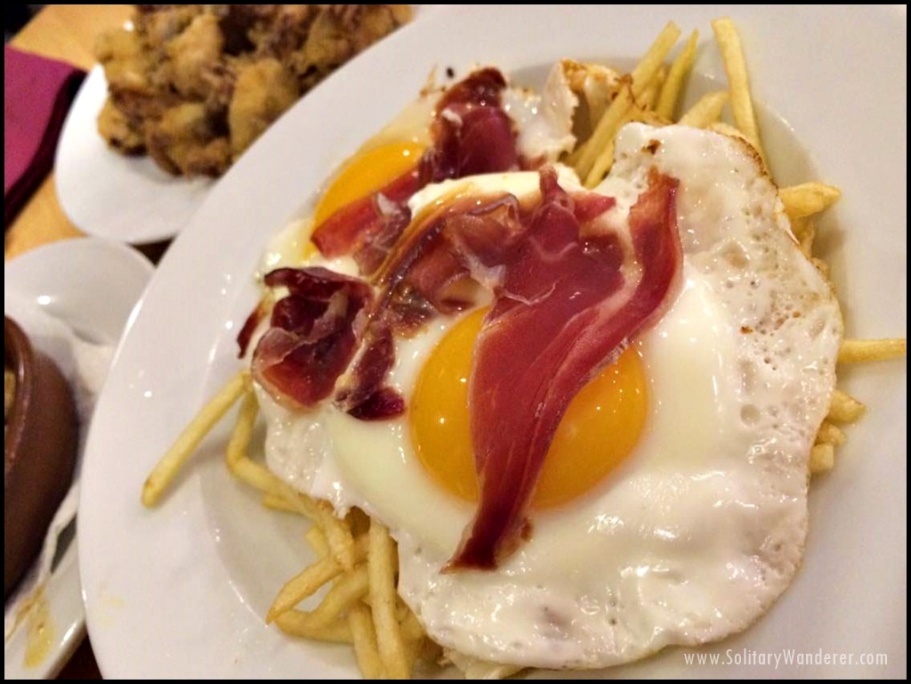 According to Alberto Bosque, the communications and marketing officer of Castilla y Leon’s tourism board, people in Spain usually eat tapas while bar-hopping after work and before dinner (which can be as late as 9-10pm), as a means of socializing.

Since the dishes are small, the focus can be on conversation, not on the food.

The tapas/beer combination aren’t expensive — something around 5 to 6 euros in Madrid and Barcelona, and in some bars, tapas are even given for free with each drink. The cigar is not a cigar…

The tapas of Los Zagales Restaurant in Valladolid, however, were something of an experience. They served us a total of eight unique tapas, all award-winning, with some even taking the top prize in the National Tapas Competition held annually in the city.

We started with what seemingly looked like white wine and a cigar. Called Copa y Puro, it’s actually tomato water and stuffed sardine tartare, with sesame powder as the ash. It won second place in the tapas competition in 2015. Piragua del mar — a taste of the sea. Yup, this is how you eat it!

The next was called Piragua del Mar, an award-winning (first place, 2007) concoction that you eat all at once by tilting the boat-shaped plate towards your mouth. There’s trout eggs, green tea foam, lemon sorbet, and bits of clam, giving one a good taste of the sea.

We had Aroma next, skewered squid served in a smoking glass. Winner of the best design in Madrid Fusion 2007,  it has asparagus, bacon, and some kind of pepper. You don’t drink the smoking liquid, though it smells a bit of beer. The sandwich with an edible plastic bag.

The fourth tapas we had was called La Bolsa del Pan, the bread bag. Looks ordinary, right? Except that you can eat the plastic. Made of potato starch, the “plastic” encloses a squid sandwich. It won second place in 2011.

At this point, with all the tapas and the red wine we were drinking (shout out to the Toro and Ribera del Duero wines), I was already stuffed.

Still, I couldn’t resist the next tapas which the restaurant called Obama in the White House (“Obama en la Casa Blanca”), a dish of puff pastry, eggs, mushroom soup, and burned potato chips — all in a white ceramic bowl made specially for it. The dish, they said, was made when Barack Obama became the US President. In the restaurant’s website, they even had a photo of Obama in front of the White House to represent the dish. Some people may find it offensive (do you?) but I found it delicious! The dish won the Pincho de Oro in 2009.

The next tapas seemed ordinary in comparison: a mini-burger — churros — made of lechazo, or milk-fed lamb. What made it unique was that it was served with frozen red wine. Refreshing! The churros mini-burger and frozen wine. The tigretoston followed, which is cake with blood pudding and cheese. Spanish children would recognize the package, as it is a play on words on a popular children’s snack. It won first place in 2010.

The last tapas we had (whew!) was made of cotton candy, mandarin juice, asparagus, and sunflower seeds — the perfect sweet ending to a very filling tapas night in Valladolid. It should definitely be one of the Spanish dessert recipes to recommend to friends. When to visit Valladolid

If you’re as interested in tapas as I am, visit in November, when the annual National Tapas competition is held. (I will really try my best to get there this year. Can you imagine all the special tapas I’ll get to sample?)

Participating restaurants make their own unique tapas, and in one week, judges go around the restaurants and taste the competing tapas, rating them in taste and presentation, as well as other factors.

The public is given a chance to vote, too.

Of the many restaurants in Valladolid, Los Zagales is definitely one of the more well-known ones serving unique tapas. Visit when you have a chance; it is located near the city’s plaza mayor, on Calle Pasion.

My thanks to the Spanish Tourism Board for this opportunity to sample some of the city’s best tapas! 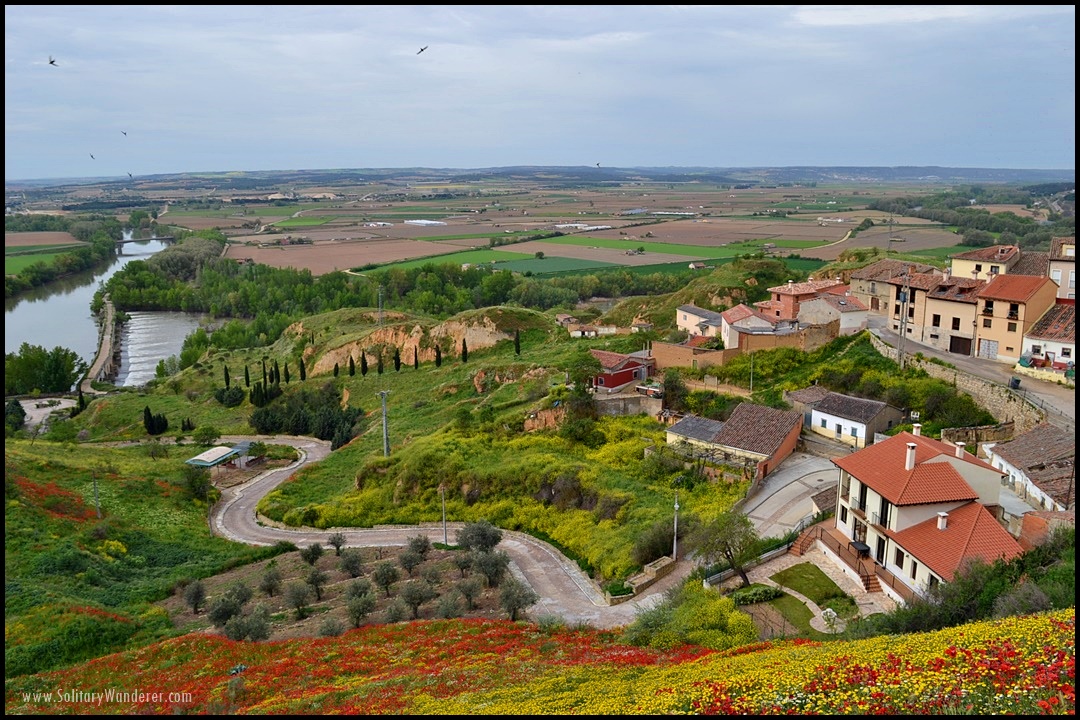 The Land of Castles, Wine, and Tapas: 5 Days in Castilla y Leon 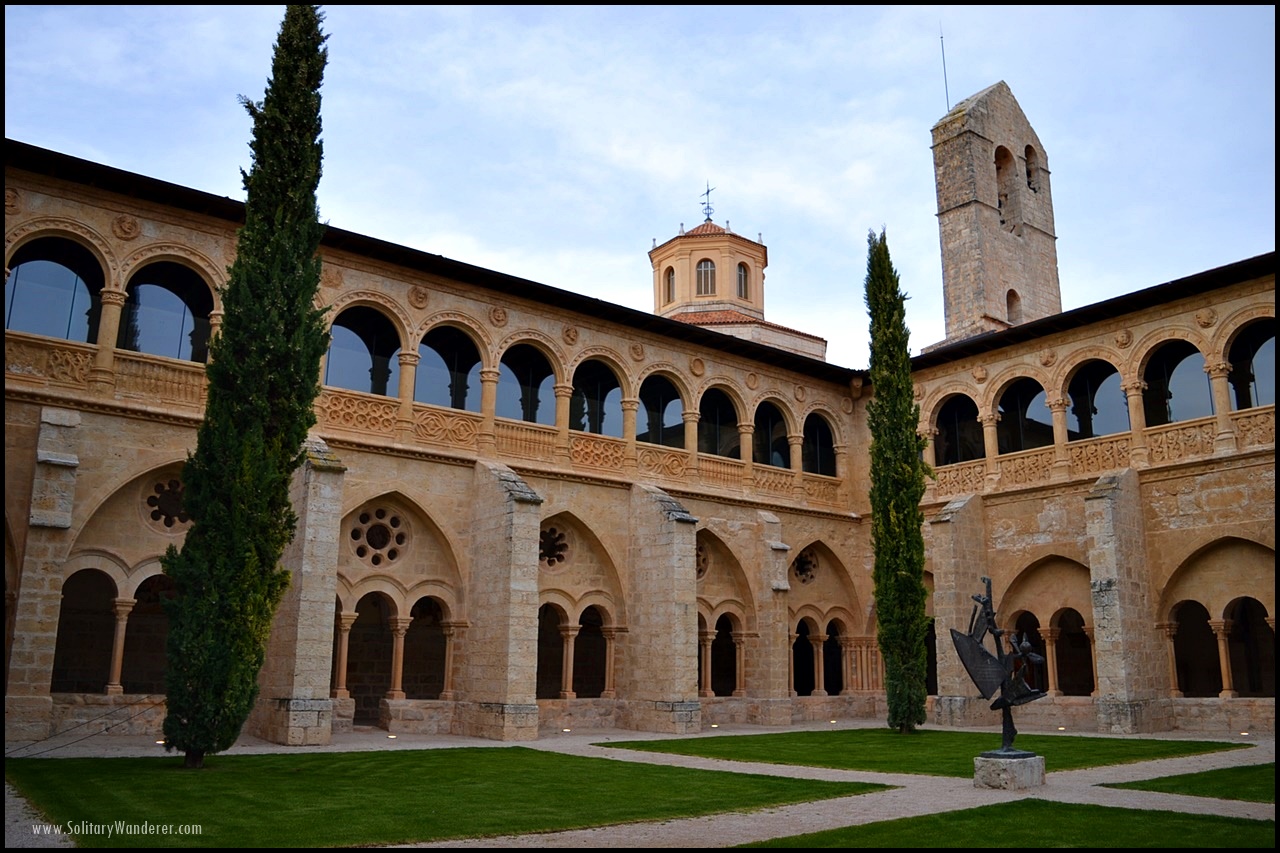 Hi Aleah. Thanks for the great article as I was looking for more information on the Concurso Nacional de Pinchos y Tapas XII this coming November. I’m from Canada and would like to visit Valladolid for this competition. Is this open to the public to watch? Where do I go to find tickets? Do you have an idea how the schedule for the 3 days look like? I just want to know if 3 full days in valladolid is a must and theres a full day worth of activities and program during the competition. Thanks for any information
Cheers!

Dear Michelle. My name is Alberto Bosque, and I work for the Castilla y León Tourism Board.

I will try to answer some of your questions.

The contest will be from 7th to 9th November. Everyone can register for attending this contest. Afterwards, you can enjoy several activities in Valladolid, or even the surroundings. As you probably know, there are plenty of wineries that you can visit around this city.

The contest will be hold in the “Cúpula del Milenio” situated in the city center.

We hope you will be able to come and enjoy this contest, this city and the rest of the region

Thank you Alberto. This is great!
We are going to Spain for only 5 days mainly to see this competition. Do you have the agenda/schedule for each day of Nov 7, 8, 9? What time does the competition end on Nov 9?

Los Zagales is an absolute treat! I usually stop off when visiting family, and always ask the waiters to surprise me. Going out for tapas is probably my favorite things to do!

You really made me hungy !

Let’s go to the national competition this year !

I really hope so! Valladolid, here we come!

Oh how delightful. I love tapas. They are one of my top 4 favorite things to eat.

I am hoping that you took photos of the city of Valladolid. I have been to Valladolid, Mexico and it was said that it was so named after the city in Spain. I wonder if the one in Spain is as colorful as the one in Mexico.

I haven’t been to Mexico so I don’t know. I will write about Valladolid one of these days hehe

Hi there,
What a wonderful story, well researched, great photographs, and frankly, it brought back the taste and ambiance of the evening as if it had happened last night. Thanks for sending this to me. And good luck and great joy in your wanderings.
xSara

It was nice meeting you, Sara. Hope to see you again someday!