One Day in Kuala Lumpur, Malaysia

What to do if you only have one day in Kuala Lumpur? Plenty—and this doesn’t mean mindlessly flitting from one tourist spot to another, either. I went to KL immediately after my training in Singapore in October, and although I only had a very short time, my friends made sure that I managed to appreciate the city’s charms even for just a short while. 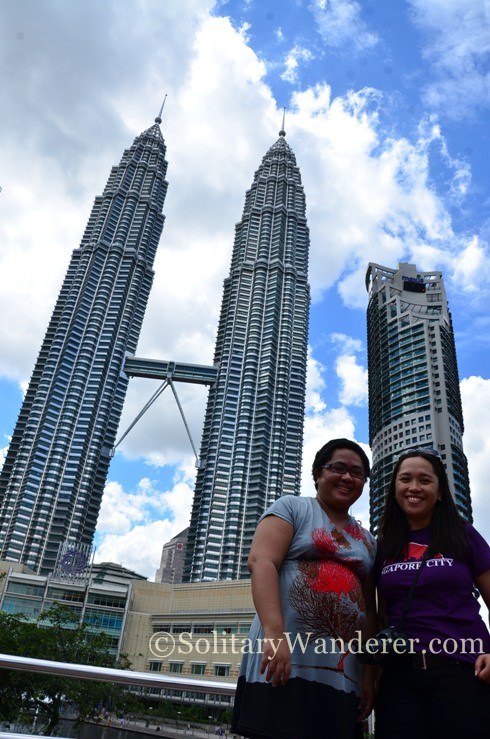 With my friend Malyn in front of the Petronas Towers. ©RD Marte

First stop, of course, was the KLCC Park with a view of the Petronas Towers. Even from afar, inside our taxicab, it looked magnificent, its spires rising far out into the sky. I had wanted to go up and walk on the skybridge (which connects the two towers), but lacking the time (and yeah, the money to pay for the entrance fee), I contented myself in staying at the park and having my picture taken.

The Petronas Towers (considered as one) was once the tallest building in the world. As with any other record, however, it was soon replaced. One trivia: the Malaysian government hired different contractors to build the two towers. As a result, one of them is a bit higher than the other.

The KLCC Park where we stayed to take pictures was nice too. It had lakes and even a swimming pool for children. It had been a really hot day when we went, and I’m sure that if I had more time to go around, wading in the pool would have been a nice experience (though maybe not exactly hygienic!). 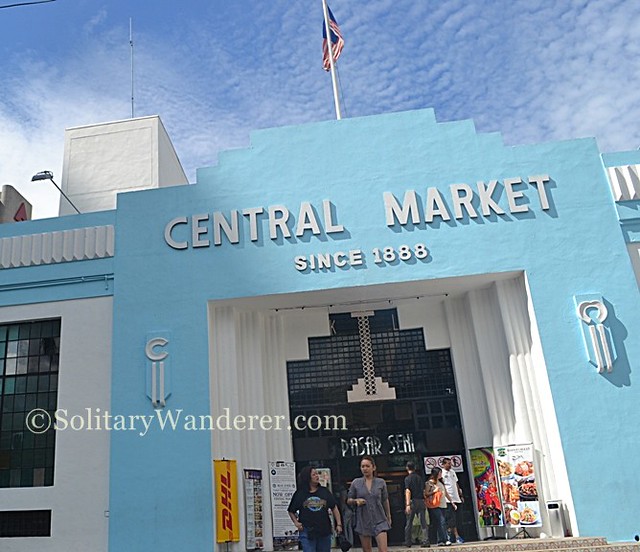 Next stop was the Central Market where I had the best Nasi Lemak. The serving was huge! I also bought two boncuk from a Turkish shop. Made of blue glass, it’s said to protect the wearer from the evil eye, and it can take the form of a wall décor, glass plate, necklace, or even as a pair of earrings. I bought one to hang in my (future) house in Belgium, and another for a present to my sister. The shop owner was so nice that it made me long to go on all inclusive holidays in Turkey, specifically to Istanbul or Ankara!

After lunch, we then hurried over to the Sri Ganesar Court Hill Temple in Jalan Pudu Lama, said to be the only temple in the world which does sankha puja (conch shell puja) daily at 4pm. I had looked forward as well to seeing the lord Ganesha being bathed, but we arrived there too late. We did attend their ritual, and it was a very new experience for me watching how another faith does their worship. 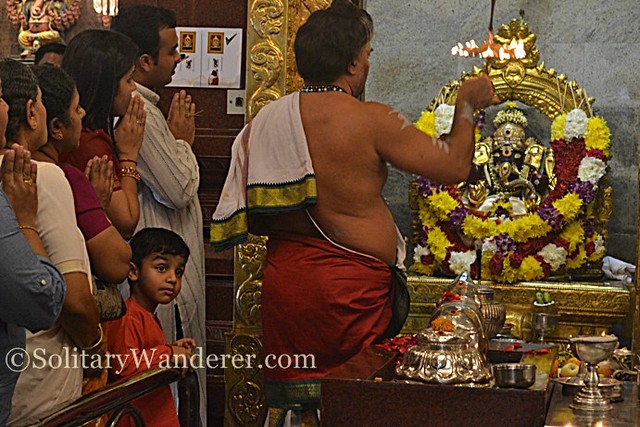 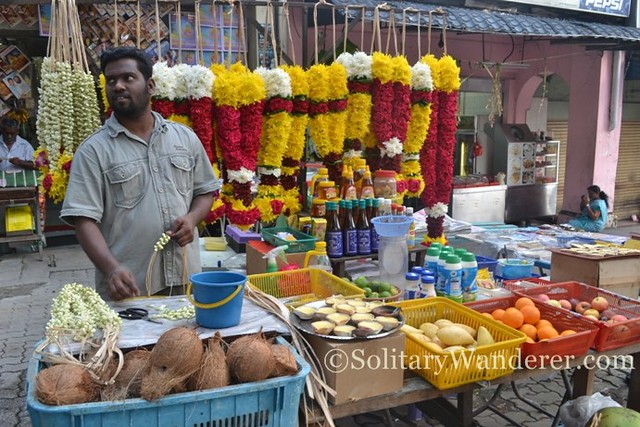 Indian vendor outside the temple. 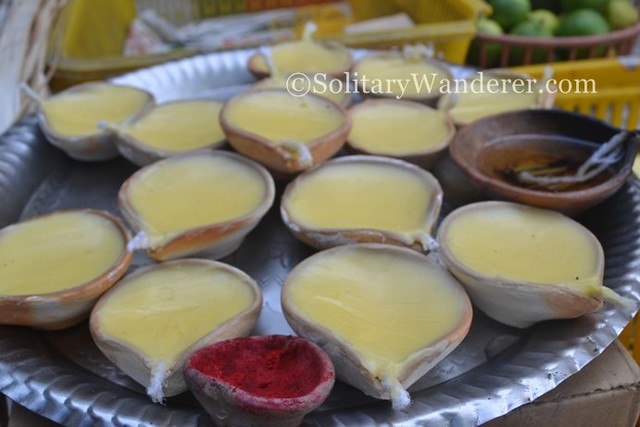 Candles for sale outside the temple.

There are so many things more that you can do and so many places to see in Kuala Lumpur. I realized after the end of our day that spending so short a time in this fascinating city is doing it an injustice!

How about you? What will you do in KL if given only a day to go around?

@ Zalikha: Yeah, I’d love to go to Taman Negara too.

If you do come down to Malaysia again, make a trip to Kuala Kangsar, PErak. Towns outside Kuala Lumpur are just so beautiful and relaxing . 🙂

@ Melvin: Yeah, it’s very interesting. Good also that they don’t care about tourists taking pics, as long as you are respectful 🙂

[…] Malaysia 22 January 2012 1 views No Comment Tweet ShareLast October, I had only one day in Kuala Lumpur to go around, so I asked my friends to take me to interesting sites that can represent this […]

Reply
Chronicling the Learnings from the Year that Was and Planning for the Future that Will Be | Solitary Wanderer
January 1, 2012 5:37 am

[…] I had also gone to Beijing, China; Bangkok, Pattaya and Sangkhlaburi in Thailand; Singapore; and Kuala Lumpur. Learn to notice and enjoy the small […]

[…] my weeklong trip to Singapore, I proceeded to Kuala Lumpur, Malaysia, and the difference really struck me hard. I only stayed there for one day, so I don’t know if I […]

@ Chinchan: Had that as well in the Chinatown 🙂
@ Eileen: What haul? haha I only bought a few stuff which were already claimed by my sister!
@ Gael: Grabe ganda ng twin towers ano? I really wish I could have walked the Skybridge.
@ Rain: Don’t forget to include Merdeka Square and Chinatown!

just the resource i need for a day in KL next month. thanks!

I was wondering if it would be possible to do the Batu Caves in half a day and city tourist-spot hopping in another half… plus a couple of essential food stops in there as well.

I wanted to see the haul you got from shopping!

I love the foodtrip!

@ Mica: The bane of traveling: rains! hehe
@ Red: Yup, there’s so many other things you can do in KL!
@ Jarmo: Yup, a lot of people do want to go to the Petronas Towers. Wish I’d known about the KL Tower though.

The KL Tower is a good option in KL to see the city from high up, tickets are much easier to get than for the Petronas Towers. If you want to go to the Petronas towers, then you have to go queue before 7am!

I always thought KL was all about eating and shopping! Now you’ve given me some other ideas!! Have a great weekend!

@ Claire: Yeah, we also went to Petaling Street after observing the Hindu rituals. There was a funny adv there on a chicken resto. It says: “Peri peri chicken. The only thing you can’t fake at Petaling Street.” LOL
@ Batangala: A very short time also for so many places!

we’re also planning to go to KL next year. we only have 5 days for that trip MNL-SG-Melaka-KL-MNL. still open to places to visit in KL. the last time i was in SG i only reached until Johor Bahru