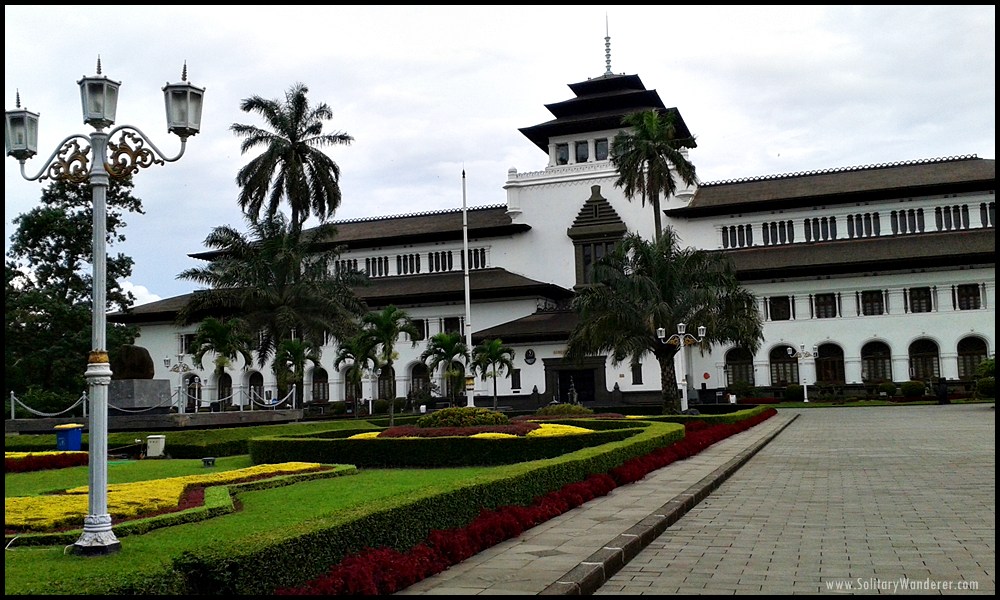 One Day in Bandung

I went to Jakarta a few years ago and I found it a bit too much like Manila to enjoy it.

“Why don’t you go to Bandung?” my Couchsurfing host and friend (the solo female traveler who hitchhiked solo in Europe) suggested. “The shopping is good there.”

Not being a shopaholic (going to shopping malls bore me to death), I declined. I didn’t know then that Bandung is more than its much-touted factory outlets; aside from the many things you can do in the city, there are also a lot of attractions nearby, including the surreally beautiful Kawah Putih (White Crater Lake).

If you’re going to be in Jakarta anyway, plan to spend at least one day in Bandung, which is just around five hours from the capital. Here are my suggested things to do there. Gedung Sate, one of the architectural heritage in Bandung.

One of the best things to do in Bandung is to take a city tour in their cute bandros, an open double-decker bus. Even though the page is in Indonesian, you can check the rates and schedule of the tours here, just use Google Translate: Bandung Tourism.

During the tour, you will see a lot of well-maintained buildings in classic Dutch colonial style which date back to the late 18th and early 19th century. These historical buildings have been acknowledged as city treasures and are being protected. One of these is the Gedung Sate, a neo-classical building that was once the seat of the Dutch East Indies Department of Transport, Public Works and Water Management. It is now the West Java governor’s office. Pretty nice digs, if I may say so!

Just a word of warning: if you choose to sit at the upper level, be careful of branches. There were a lot of times during the tour that we had to duck really low to avoid getting slapped in the face by tree branches along the road.

Go on a food trip in Bandung.

The food is cheap and delicious. The last time I was in Indonesia, it was Ramadan so I didn’t get to fully appreciate the country’s diverse cuisine. In Bandung, however, we ate at open-air restaurants, seafood places, and even the food court at the Trans Studio Mall offers a variety of yummy dishes.

Try their desserts, too. I had a taste of es buah, an iced mix of lychees, watermelon, strawberries, and dragonfruit seeds in coconut milk. It’s definitely refreshing!

Listen to a traditional musical performance.

In East Bandung, there’s a place where you can listen to angklung being played. A traditional musical instrument made of bamboo, it can only play one note per angklung, so hearing a group of people play it in harmony is one of the best cultural experiences you can have in Indonesia.

The Saung Angklung Udjo, a workshop, academy, and bamboo craft center established by Udjo Nalagena in 1966, a famous angklung artist, doesn’t only teach students how to play the angklung, they learn how to make it, too. If you’re ever in Bandung, don’t miss seeing them perform at least once. It’s a huge treat!

Watch the video below to see them perform Bohemian Rhapsody.

Check out the rides at the Trans Studio Bandung Theme Park.

Unless I’m staying for weeks at a particular destination, I never go to shopping malls or entertainment centers. The Trans Studio Bandung, however, would be a good place to spend a few hours if you go there with kids (or if you’re young at heart).

They have quite a lot of world-class rides, from the Yamaha Racing Coaster and Giant Swing (which I was too chicken to ride), to Sky Pirates which is just essentially a cable car that looks like a ship. Please note: depending on the time of day, the queue for the rides can get long. I recommend you get the VIP pass (additional $18) to get served first. Regular entrance fee costs $13 on weekdays and $20 on weekends. Buy a cash card as you can’t buy anything inside with cash. (We learned this the hard way when we were trying to buy drinks and no one would accept cash!)

Of course. Bandung is best known for inexpensive but quality clothes, shoes, bags, and accessories, so why not take advantage of it? We went to The Secret Factory Outlet along Jl Riau and despite my best intentions, I still left with quite a few purchases.

What I loved most, however, was the Camou rubber sandals I found in a shoe factory across the street. It was definitely affordable (around $10), super comfortable, and I think it looks great on me too.

I’ll bring it with me to South America; I’ve walked in it for hours and my feet have never complained. Allot two hours for shopping, there’s a lot of outlets on that street that you can check out.

If you have more time to spend in Indonesia, definitely take the time to explore West Java. The region has so much to offer tourists!

Where to Stay in Bandung

For the ultimate in comfort, stay at the Trans Luxury Hotel, Bandung’s only 6-star hotel.

The rooms are HUGE, stylishly decorated, and with good views of the city. Wifi connection is fast, beds are firm, and pillows soft. The toiletries are from Acqua di Parma, and there are both a tub and a rain shower. It’s easily one of the best hotels I’ve stayed in, anywhere in the world. Even just the lobby of the Trans Luxury Hotel will already make your jaw drop. Have you ever seen a giant dragon in Swarovski crystal adorning a hotel lobby? Yep, they have one there!

As with any other top hotel, Trans Luxury also has a swimming pool. What makes it different though, is that it has two pools: one Olympic size, and one with real white sand. Now, you can pose by the pool and say you’ve been to a white sand beach in Bandung! The pool with white sand is to the right of this one.

And the best thing is that even though it looks very luxurious, it will only cost you $130 a night to stay there. You read it right; I couldn’t believe it myself, given the opulence of the hotel. In Manila, you’d be lucky to get a room there for $300.

So if budget is not an issue, splurge on your accommodation and stay at Trans Luxury Hotel when you’re in Bandung. Your visit would be all the more memorable because of it!

Thanks to Wonderful Indonesia for giving me the opportunity to explore Bandung and its surrounding areas during the #PesonaBandung campaign. As always, all opinions are my own. 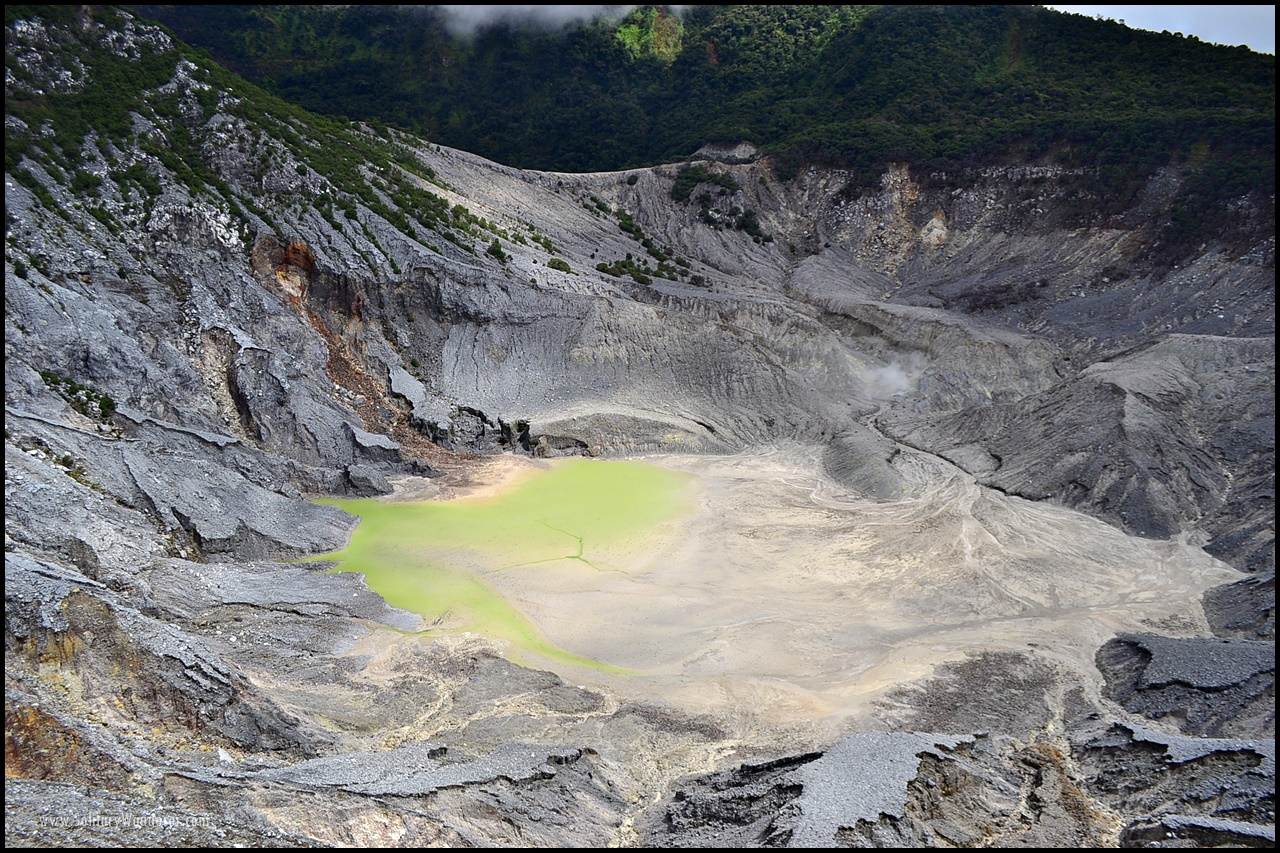 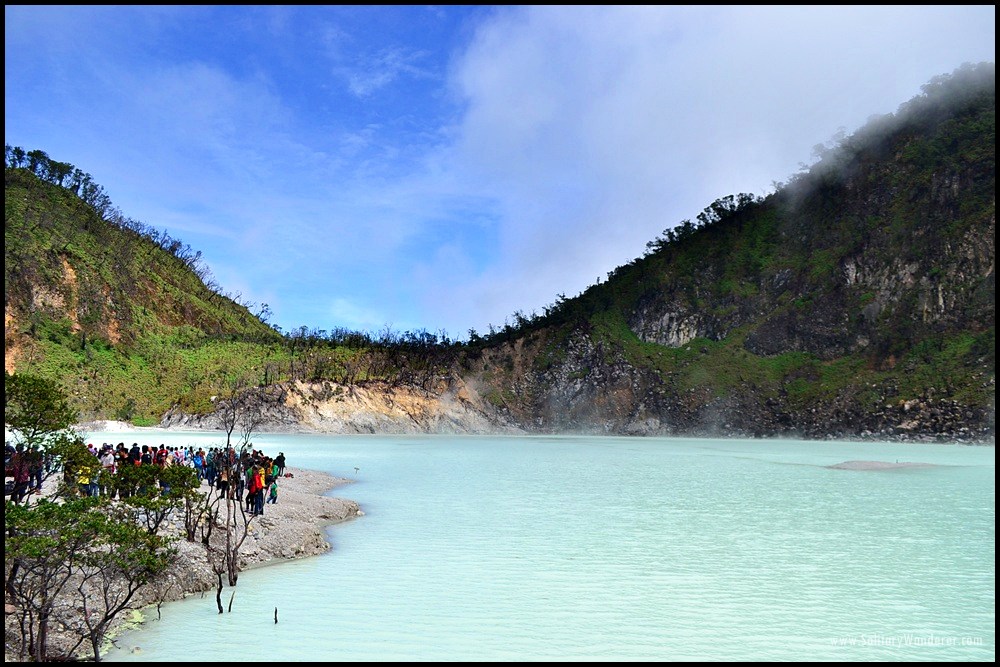 In Ramadan doesn’t mean you can’t enjoy food. On the contrary, there are lots of special food during the month. 🙂

Yes, you are a fully budget traveller:

Then, what kind of traveller am I with only 600 USD a month to spend ?

Hi, I don’t know what kind of traveler you are and I don’t care. Live and let live eh? You don’t need to understand Filipinos, too. Why should you?

Re this post, if you read the thing, you would know that I was a guest of the Indonesian tourism board (Wonderful Indonesia), so I didn’t pay for the hotel. STILL, I would pay that ONCE IN A WHILE. I’m a budget traveler, yes, but I do spend for accommodation very occasionally, especially after a long travel. Not that you care, of course. 😀

Hi, great impression on Bandung there. Vietnam is a great place to go shopping for clothes as well! Hoi An is shopping paradise!

I always contemplate traveling to Jakarta. But I wonder if there are other things to do there or other attractions for a sidetrip. You’ve just given me the reason to add Jakarta plus Bandung to my travel bucket list. Thank you so much.

Hey Aleah, first time visitor, so have only had time for a quick browse but I’ll be back for sure. Bandung looks like a really cool place…. nice food, nice entertainment, what else do you need?!!! 🙂

Great shoes! I never say no to shoe shopping. That spread of food looks delicious.

I used to regularly read a blog by a guy that lives and works in Bandung, but he suddenly stopped blogging.

I don’t like mall shopping too, but I’m crazy about flea markets, ukay ukay and the farmers markets shopping.

Excited for you about the SA tour this summer.

I’m really excited too! I can’t believe it’s just less than 2 months away.

You absolutely echoed my views. 🙂

And the sandals look very comfy. 🙂

It really is comfy, Nisha. I love it!

I love your new tsinelas !