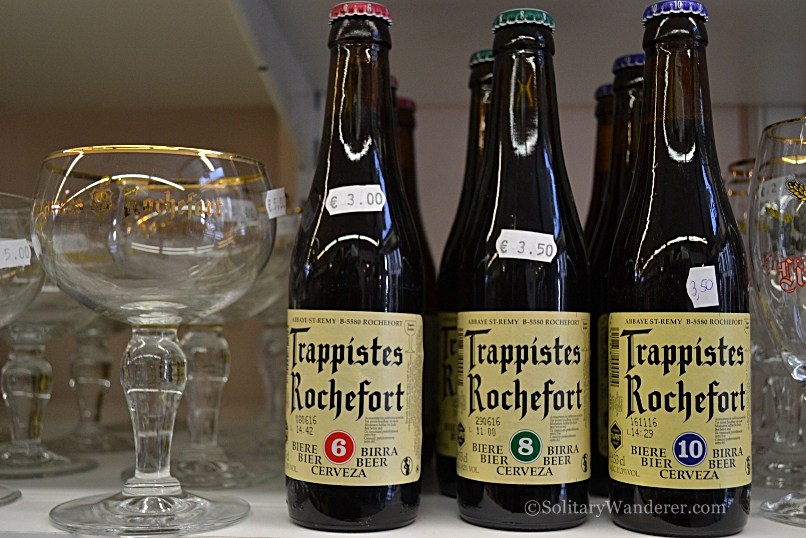 Sitting here and drinking ice cold beer in the beachfront restaurant of Villa Marmarine, the resort where I’m staying in Siquijor, I couldn’t help but remember all the beers that I’ve had during my travels.

I’m not a heavy drinker, but there are times when I’m tired from going around so much, and the only drink that makes sense is a beer!

From the blandest beer I have tasted, to the best ones I had the luck to have, here are some of the best beers I have ever had on my trip to Europe. Kwak has the most unique beer glass I have ever seen. Tastes good, too (the beer, not the glass).

Hands down, my favorite beers are made in Belgium. Prior to my European trip, pilsen was the only kind of beer I knew, and coming from the Philippines where only one company dominates the beer industry, it was indeed a very pleasant shock to learn that they had over 700 varieties in Belgium.

Belgium is also known for having six out of only seven Trappist breweries in the whole world. Trappist beers are really special because they are brewed by monks inside a Trappist monastery, and it is not made for profit.

There are seven Trappist beers: Achel, Westvleteren, Orval, Rochefort, Chimay, Westmalle, and La Trappe (Koningshoeven). La Trappe is the only one not made in Belgium. The Trappist beers in Belgium are really good!

And yes, I have tasted all these beers except for Westvleteren and La Trappe. My favorite is Chimay and Westmalle, and for non-Trappist ones, Gordon Christmas Beer (my first beer in Belgium), Duvel, Brugse Zot, and Kwak (for the shape of its drinking glass!).

Speaking from someone who doesn’t know a lot about beers (except drink them), all I can say is that the regular pilsen I sometimes drink tastes like water if compared to these beers. That is, with the exception of the beers in Prague.

My Couchsurfing host in Praha was a Brit who used to own a bar. He introduced me to Pilsner Urquell, the original pils beer. While I like Urquell just fine, I loved Gambrinus better, as it was a bit lighter and more refreshing.

It is said that Czech Republic  is the number 1 beer drinking country in the world, followed by Ireland and Germany (I was surprised to see Belgium is only #7!). However, when it comes to beer production, Germany is number 1 in Europe, followed by Poland and Spain. 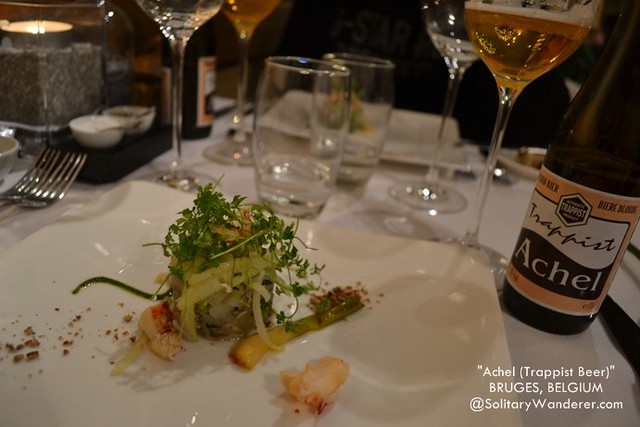 Achel was one of the beers served with our €200-dinner in Bruges.

I will also make sure to go back to Germany. I can’t believe that despite its being the top beer producer in Europe, I haven’t had a lot of experience drinking beer there! I have really missed a lot.

Despite my love for European beers, though I’m glad to know that Asia is fast becoming the biggest beer drinking continent in the world. I bat for our own San Miguel, as well as Singapore’s Tiger, Thailand’s Singha, and Vietnam’s 333.

How about you? What’s your favorite beer? 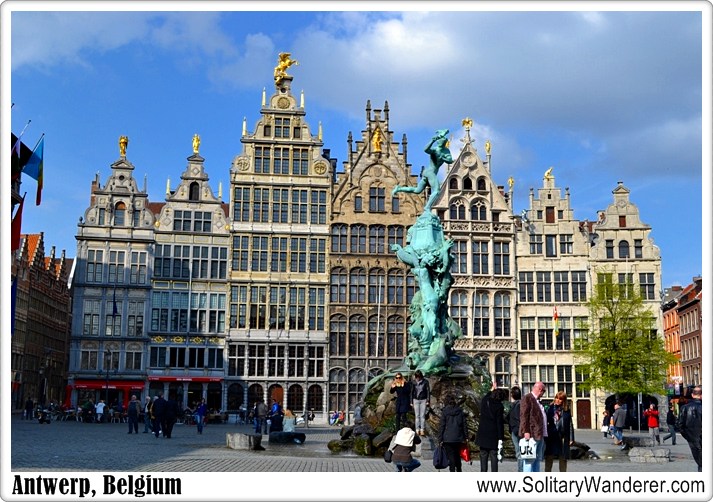 Discovering new beer-tastes is an exciting journey on it’s own;-)

Kwak beer glass looks unique for sure. Out of all the European beers I’ve tried, I like Carlsberg although my favorites are Mexican beers Corona and Sol. I’ve also tried Asian beers San Miguel, Sinha, Tiger and Sri Lanka’s Lion.

I’ve always wished I acquired a taste for beer. I’ve never been a fan but my husband will love this post when I show it to him. He is a beer lover and loves to try the local beer in every country we visit. Yes, he was in beer heaven in Belgium. His favorite is still Ireland’s Guiness and the local ones we have here in San Diego. Sadly, he’s not a fan of San Miguel 🙁 What an interesting post! I love that Kwak glass too.

This is a post for my husband who enjoys good beers. I’m more a wine person, but I do like Belgian beers. Good choices here in your post!

My favorite beer? The one with the highest alcohol content LOL. Actually I prefer Corona (from Mexico)with a twist of lime.

Beer and all alcohol is expensive in Malaysia. We’re probably not part of the “fast growing beer drinking” statistic. A lot of the population is Muslim and aren’t allowed to consume alcohol. Many of my friends head off to Langkawi where you can get alcohol duty-free and bring it back (1 bottle per person, so having lots of kids help).

I’ve only tried three beers – Red Stripe, which we make here, Heineken and Corona — and I can definitely say, I didn’t like any of them. I wish I could appreciate the taste though for those times when that’s all there is to drink!

I would love to try the beer made by the monks.

I fell in love with Czech beer this summer. My favorite is Staropramen. Not available everywhere, but so good. My grocery store here in Korea now stocks foreign beer, including Staroprmen. Every once in a while, when I want to feel like I’m back in Prague, I buy a bottle 🙂

Not a huge beer fan myself, but I agree Belgium is in a class on its own. And perhaps Australia 🙂

I haven’t met a beer I have not liked. My fav is Beer Lao.

@ Kara: I never knew Belgian beers are available here! I would definitely buy some for special occasions (can’t afford to have it often haha). When you go to Prague, make sure to stay in Zizkov where I stayed. That area has the most number of bars in the whole Czech Republic!
@ Doc Wends: And they are good too 🙂

Well, the list is a great one and I never imagined, until now, that monks in Europe are known for fermenting beers. Nice article and a great post.

I agree that the Trappist Beers are the best! I really like Belgian Beers like Hoegaarden, Orval and Chimay, which are available in local grocery stores and beer bars. Luckily you can also get microbrewed Czech beer here in Manila. My favorite beer so far is the Pivo Praha’s Weizen and Dark beers. Beer fresh from the tap makes the beer we’re used to taste really bland. I hope I get to visit Belgium and Prague someday for a beer tour. 🙂

@ Red: Australia is one of the top producers of beer in the world, so I would LOVE to be an honorary Aussie! haha
@ Leigh: Never tried putting lime on beer before but I know what you mean about having a beer on hot days!

I’m not a big beer drinker but the one place I like to have one s in Mexico – when it’s hot & sunny. Add a slice of lime – which ruins it in most people’s eyes and I’m a happy camper.

Hahaha! Are you practising to become an Aussie??!!

@ Gelo: Indeed, and I’m confident you will soon, too 😀
@ Ishmael Ahab: You got that right about beer haha

Beer is one of the greatest gift of the Catholic Church in the world. 🙂

Frankly, the only beer that I know of are the ones in the Philippines. May I’ll try the beer here in Thailand.

your tastebuds are damn lucky to sample these beer, aleah! 🙂

@ Tomke: Would love to be back in Hamburg someday! Kisses to Pedro and Tamiro.
@ Sky: I haven’t had Anchor, Skool or Chang, but yes, I love Red Horse too!

I always capped our travel with best beer available in an area we visit. I love Anchor, Skool, Tiger in MY-SG and Chang (Thailand). Chang taste similarly to San Mig Light, but I was looking for a beer similar to Red Horse. Nothing beats the kick of RH for that matters.

I am compiling all the beers I have tasted and soon to be tasted in the whole wide world. 🙂