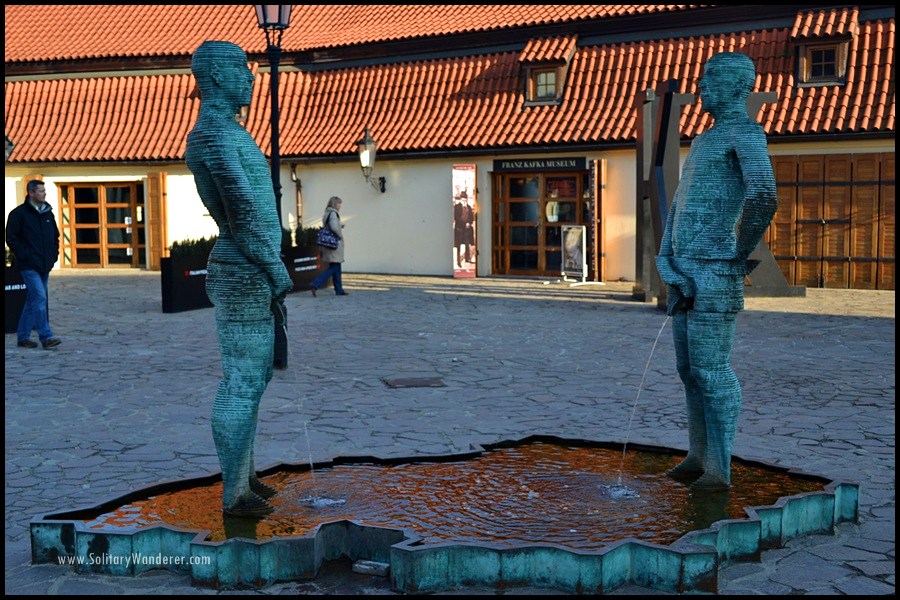 Imagine yourself waking up one morning and finding yourself transformed into a large insect.

How would you react? What would you do? What will your family and friends think about you?

This gripping story of a young man whose life was changed forever when he woke up as an insect is Franz Kafka’s most well-known work, The Metamorphosis. Ever since I read it, I became an avid reader of his stories.

When I found myself in Prague, therefore, I made it a point to go to the Kafka Museum which was located by the Vltava River. From the famous Charles Bridge, I could easily see where it was.

I didn’t immediately go there, though, I took my time walking around, arriving in Prague Castle when it was already dark. I went back to the Kafka Museum the next day. 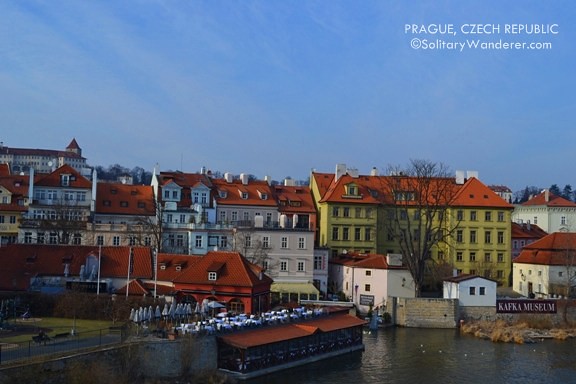 A view of the Museum from Charles Bridge.

I took the long route going to the museum; when you’re in Prague, you have to walk, walk, walk in order to appreciate the sights better. The Museum Shop was hard to miss; it had a huge picture of a dashing young Kafka outside, and there were also several posters announcing its location. I was told, however, that I would have to use the other entrance in order to go inside the museum. 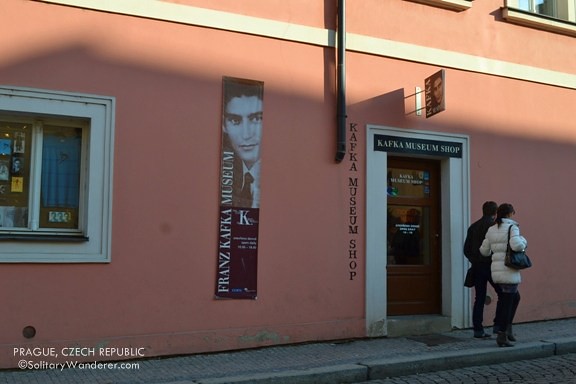 Outside the Kafka Museum Shop.

Once I turned in the driveway, a curiously shaped-fountain greeted me. It was the peeing statues in Prague, and they were moving from side to side, their “members” rising up and down realistically with the water coming out of them.

Called Proudy, the peeing statues made of bronze was finished in 2004 by the famous (and oftentimes controversial) artist David Černý, the same one who made the crawling babies up the Žižkov Tower. 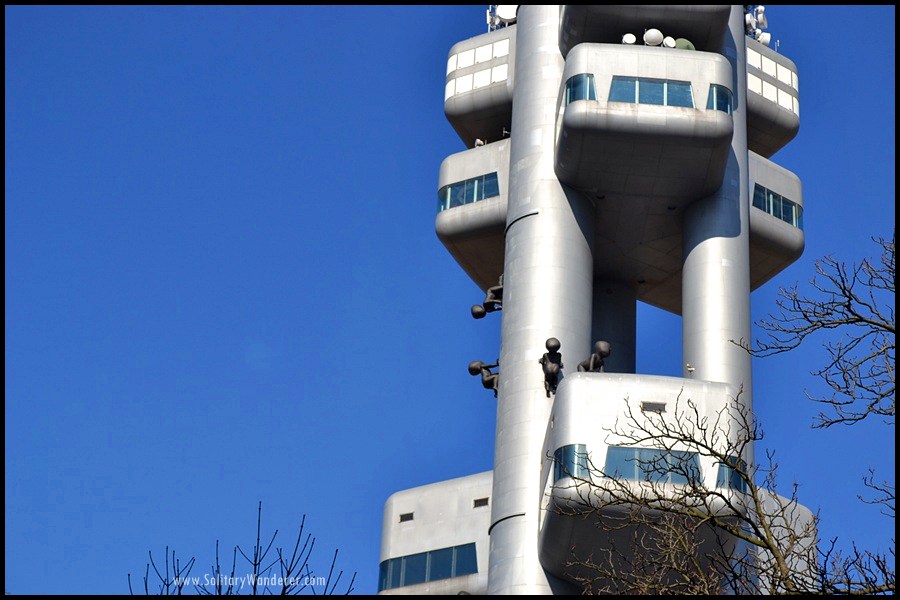 According to Černý, the status were standing and pissing on Czech Republic itself. (Note the shape of the basin.) The movements of the status seem random, until you realize that they seem to be “writing” on the water.

And indeed, the artist said that Proudy does trace out Czech quotes with their pee, and if you were to send a message to a mobile number indicated beside the sculptures, they would interrupt their literary peeing and write your message instead. 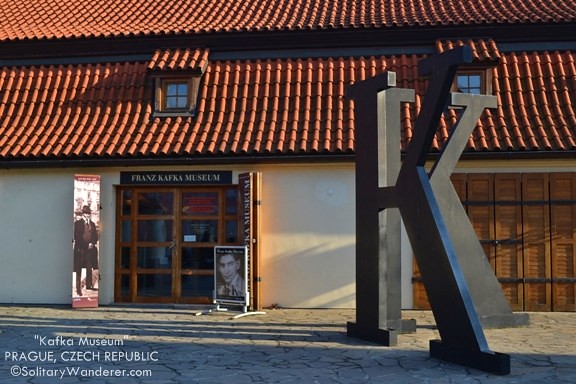 The entrance to the Kafka Museum.

Unfortunately, I didn’t get to see that myself, as I was in a hurry to enter the museum. When I went inside, though, I was told that it had already closed for the day.

Even though I didn’t get to see Kafka’s works inside the museum, from letters and diaries, to his original manuscripts and drawings, I didn’t consider my visit there a waste, after having seen Proudy in its pissing best.

If I had more time in Prague, I would have loved to see all of David Černý’s works! 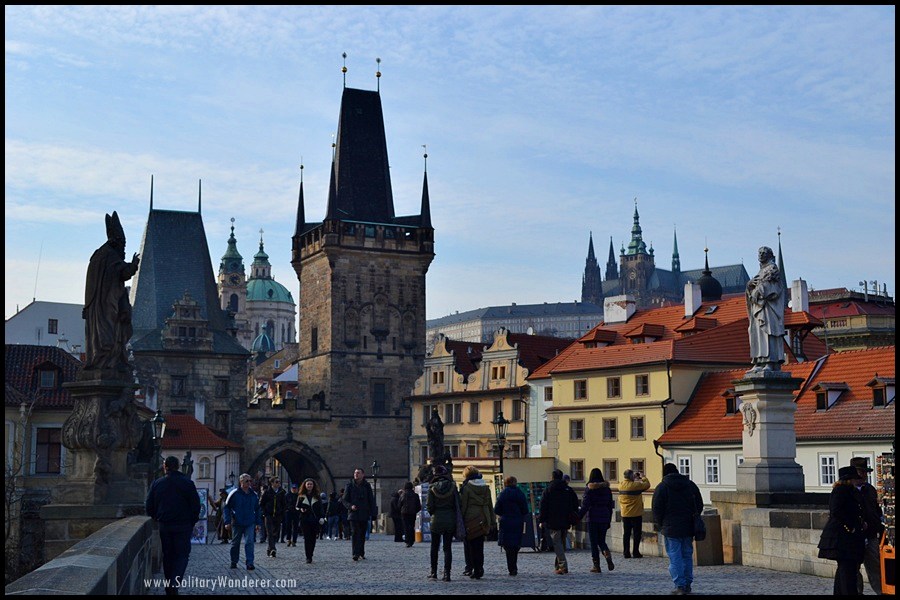 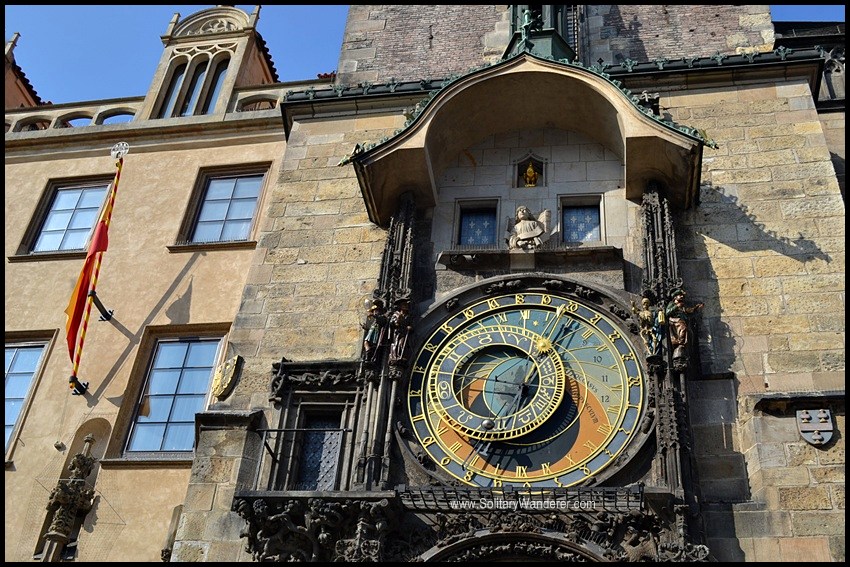 A Kafka Tour of Prague

[…] most obvious place to start your Kafka tour of Prague is the Kafka Museum. You can see their sign clearly from Charles Bridge, and you won’t get lost in going there as […]

@ Matt: Make sure to go visit when you return 🙂

Hi Aleah! Being there in Prague is such a wonderful experience.
Too bad, I was not able to see the Kafka musuem when I was there.

Good luck and God bless you!

[…] you’re planning to go to Europe, never miss out on Prague. It’s such a beautiful city that I spent my four days there just walking around, from […]

@ Leigh: Too bad I didn’t also manage to get a video of the statues. It’s fun seeing them move their hips while their member goes up and down LOL
@ Michele: Thanks. hehe

I find it very Kafkaesque that you had to use a different entrance. My boys just read your post and think the statues are great!

Now that’s an art form I haven’t seen before. Loved the post and sorry you missed a chance to go inside; you’ll just have to return one day.
PS I’m glad you pointed out that they are peeing on the Czech Republic.

@ Cathy: Praha is really beautiful. I stayed there 4 days and could easily imagine staying for months!
@ InsideJourneys: LOL Yeah, the peeing statues are a statement by the artist towards Prague. Too bad I don’t know what he was trying to say haha

The sculpture’s certainly a nice consolation prize. Seeing it reminds me of a website created by a disgruntled customer. He had a graphic of a guy walking over and peeing on the logo of the business he was mad about. This made me smile. Guess you’ll have to go back to the museum.

I am an avid Kafka fan which makes it all the sadder that I didn’t get to visit the museum when I was in Prague. Must get back there for that and to see more of that amazing city.

@ Mary: I still have to write about Mannekin and his “sister.” Yeah I love unique sculptures too!

Sorry you missed the Kafka museum but what a great find in Proudy. I love finding these unusual works of art – whether it’s controversial or not. One of the things my kids still remember after seeing museums and famous attractions (3 years later) is Brussel’s Mannekin and Jenneki Pis. I would love to visit this and test out their message writing.

@ Andrew: The statues look really nice in person hehe
@ Debbie: Yeah. I’m so happy I found it. I was just interested in the Kafka Museum, not knowing the statue was interesting by itself!

That is an amazing statue! I love discovering unusual statues when traveling but I think this one is the best 🙂

Hi Aleah, that’s too bad you didn’t get to see the museum. I say if you’re a Kafka fan, it’s worth seeing. I know, those pissing statues provide an entertaining distraction. But hey it gives you a good reason to go back.

@ Missy: It’s a really nice work of art, especially if you see them moving. 🙂
@ Joan: I would have loved to see them trace out my message too. Too bad I didn’t get the chance to do that. 🙁

that is one controversial masterpiece! super cool naman nung feature na tinetrace nila yung quote with their pee! i would love to see that in action! siguro mas cool yung sa text message.

I wanna see those pissing pieces of art too without being an insect. 😀
Nice entry Aleah!