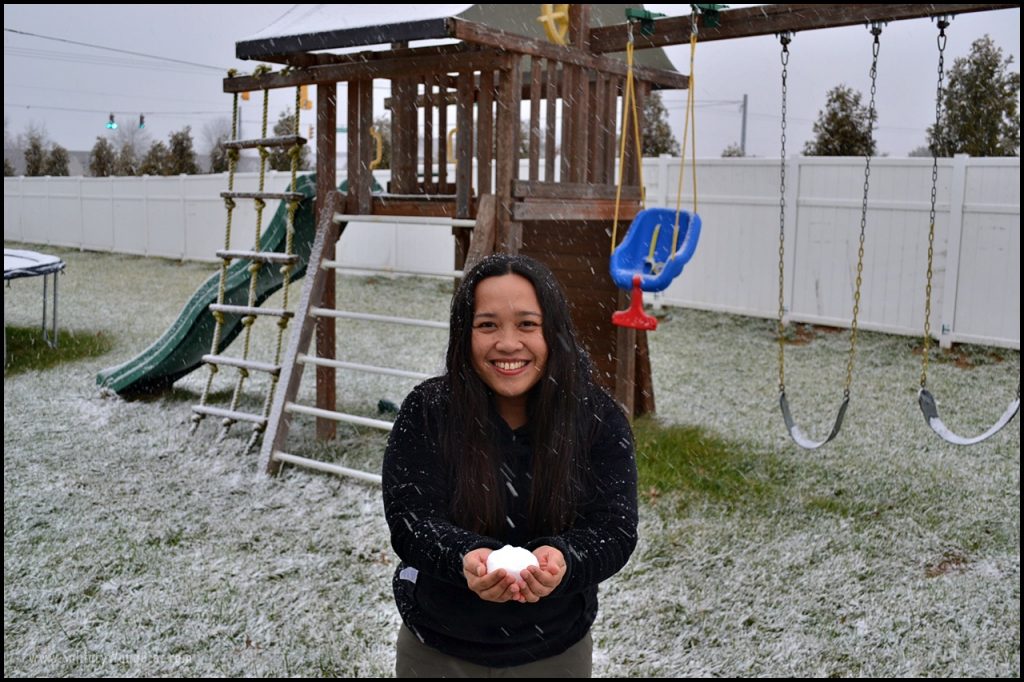 Hi all! This post is two weeks late for a year-ender, but I couldn’t let the month pass without saying goodbye to a year that was at once the best and the worst of my life.

When I left the Philippines in August 2015 for Sao Paulo, Brazil, I had no plans of coming back for at least two years. I prepared for my long-term travel — I sold off a lot of my stuff, found a long-term housesitter / catsitter, and liquidated some investments.

My family went to Manila to see me off at the airport (the first time they did so!), knowing we won’t see each other until 2018 at the earliest.

Barely six months later, however, I was back in the Philippines. 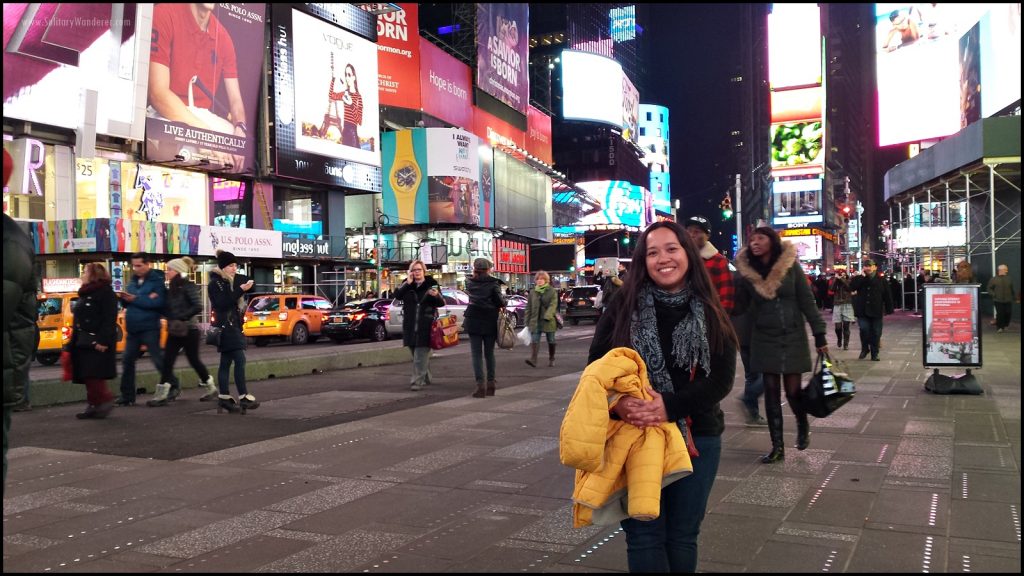 It was one cold, snowy day in Delaware, USA, when my brother asked me to come home. “Mother needs to have surgery,” he said. She was diagnosed with stage 3 pancreatic cancer.

I remember feeling numb at that time, and great anger at everyone around me. Why her? I railed inside. She is the kindest and most giving person I know. She certainly didn’t deserve cancer!

I looked at the flight booking sites on my laptop — I was looking then for the cheapest flight to Cartagena — and changed the search parameters. I booked the first flight back to Cebu that I saw, not even thinking of alternative options, and went back to the Philippines on the second week of February 2016.

After a month of staying with my mother in the hospital (I worked in the evening while keeping an eye on her, and went to sleep during the day), we were blessed with the good news: despite all the test results, the tumor was benign.

She had a Whipple procedure and lost her gall bladder, pancreas, part of her intestines, and a third of her stomach, but now almost a year post-op, she’s good as new.

That in itself, made 2016 also one of the best years of my life. 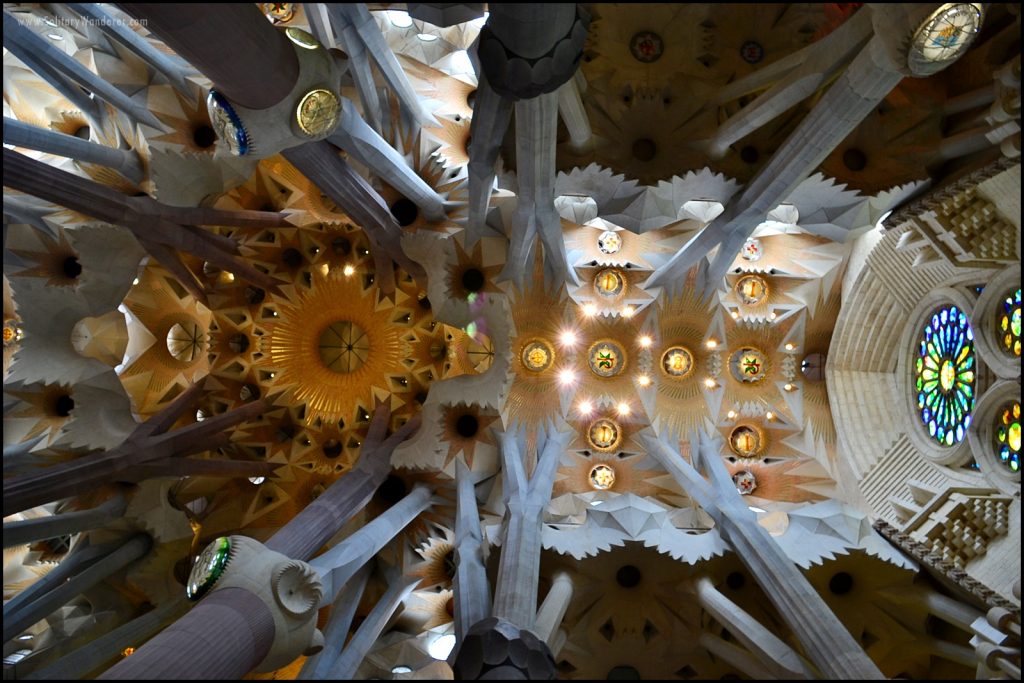 Travel wise, 2016 was also quite good. I got to stay 2 weeks in Brooklyn without paying a cent in accommodation in exchange for catsitting (yay for cat lovers!), as well as in Washington DC using Couchsurfing.

I experienced my first blizzard in the US, too, and almost broke my back clearing out the knee-deep snow for over four hours (no snow blower, unfortunately).

Back in the Philippines, I got the chance to visit Europe again when the Spanish Tourism Board invited me in May to explore Castilla y Leon for five days together with other writers, journalists, and a couple of bloggers (I was the representative of the Asia Pacific region).

I wasn’t able to visit Spain when I went backpacking in Europe for 70 days in 2012, so the opportunity was very much welcome.

I loved the old, university town of Salamanca, its cobblestone streets, historic buildings, and the way the people spoke Spanish. It gave me shivers listening to them! Zamora and Valladolid, too, were memorable for their food, wine, and scenery, making me wish I could stay there longer.

Avila and Burgos were as beautiful, and solidified my wish to go back and do the Camino de Santiago.

And who can miss Madrid and Barcelona when visiting Spain? Certainly not me! I was granted an extension of 5 days (so short!) so I made my way to these cities, and enjoyed all the Gaudi work I could see. Someday I’ll be back in Spain and hopefully spend a little bit more time there. 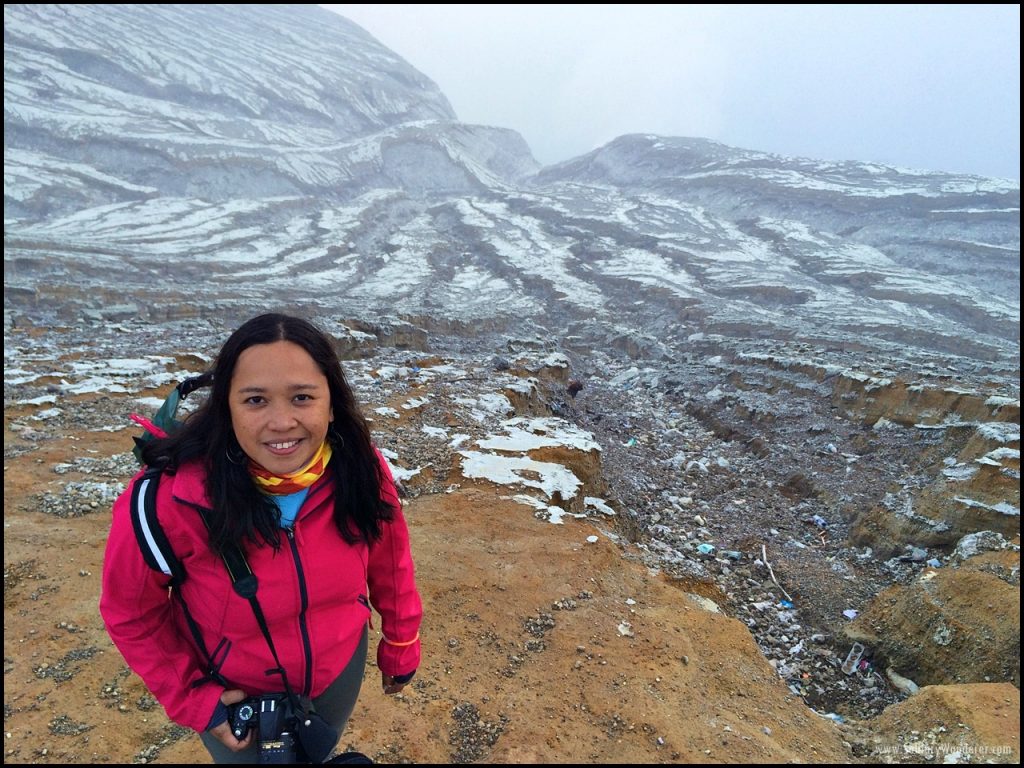 The rim of Ijen Crater.

In July, Indonesia’s Ministry of Tourism also invited me on a press trip, and for ten days, we went around Indonesia (a total of 40 people), seeing waterfalls, sampling the local food, swimming, and shopping.

What I loved most about it was the hike to Ijen Crater, one of the only two volcanoes in the world that gives off a blue flame. It wasn’t a challenging hike by far (just an hour to the peak), but going down to the crater itself was made a bit more difficult by sulfuric fumes and the narrow trails. It still was one of the highlights of my 2016.

If you haven’t been to Indonesia, I highly recommend you go. There’s so much you can do there! 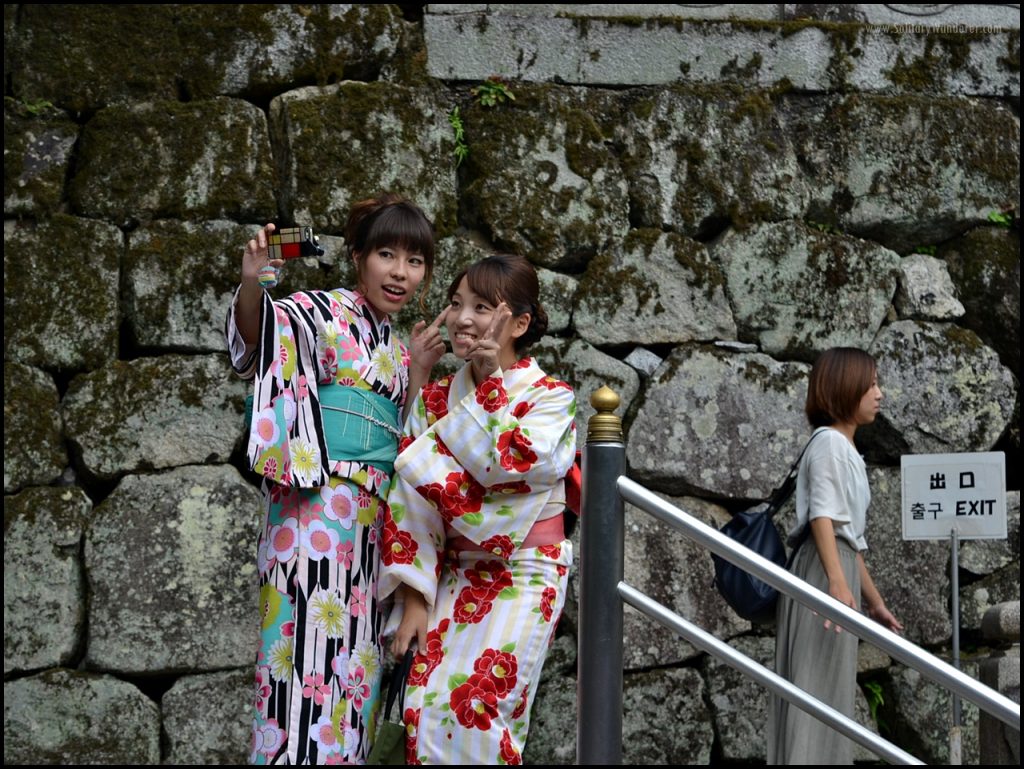 I also visited three countries and territories for the first time last year: Japan (thanks to Cebu Pacific Air), Hong Kong, and Macau.

I was very pleasantly surprised at Japan; the process for applying for a visa wasn’t so hard, and except for transportation inside the country, it wasn’t as expensive as I thought it would be. I had written about the visa process and what to do in Osaka, but I have so many more posts to write, mostly about our time in Osaka, Kyoto, and Nara. 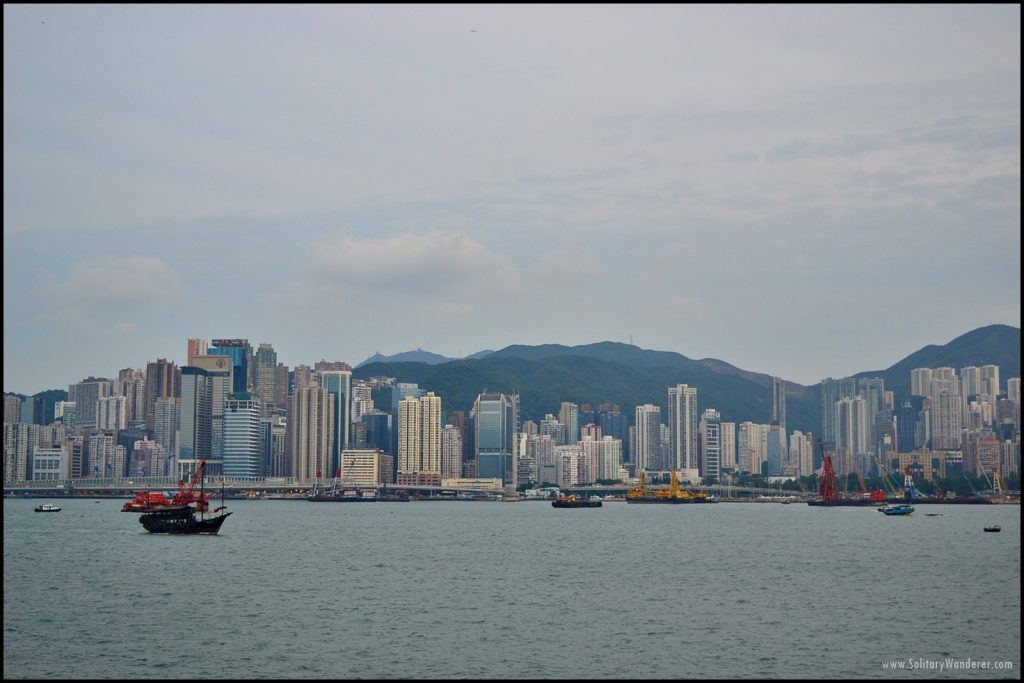 I was also surprised at how much I enjoyed my time in Hong Kong. I had previously avoided going there because I thought it was all about shopping. I was glad to say there’s certainly a lot more you can do than empty your wallet!

In nine days, I walked around a lot, ate a lot (story of my life), and took the tram several times a day just for fun. I also hiked all the way to Victoria Peak, explored Lantau Island leisurely, and ate wanton soup day in and day out. I couldn’t have enough of it. 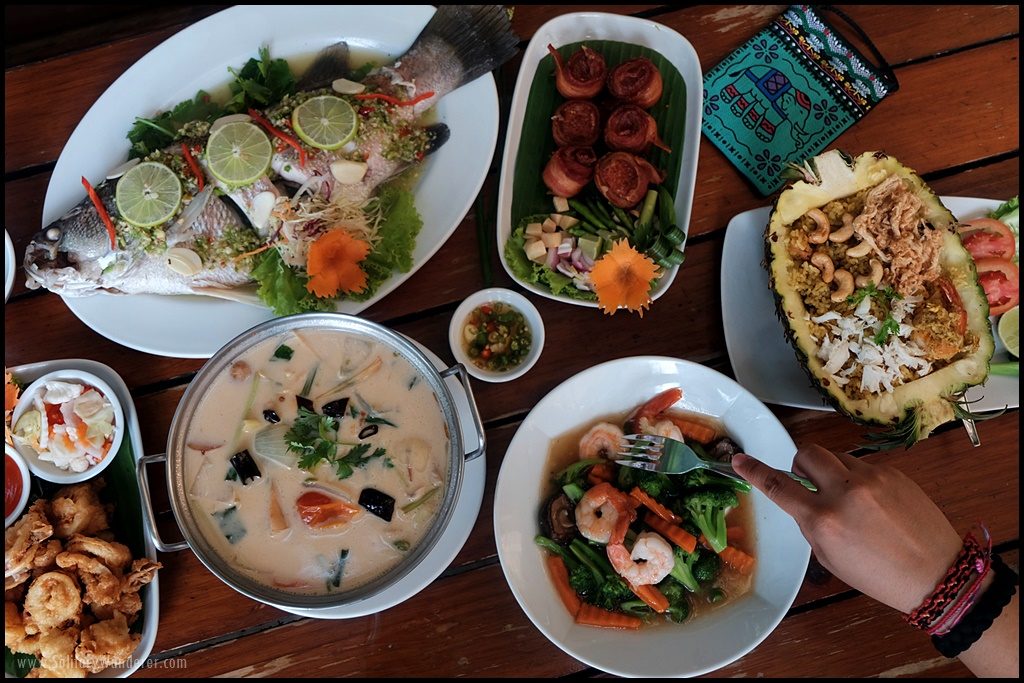 And finally, before the year was done, I received another invitation from the Tourism Authority of Thailand (Philippines) in cooperation with Thai Airways. We went around Chiang Mai for a few days, going to temples, local markets, and communities.

We ate a lot, laughed a lot, and shopped a lot (them more than me). When they went back to Manila, I stayed behind in Bangkok for 2 more weeks, working, walking around, and catsitting. (Someday, I’ll write about catsitting my way around the world.)

Thailand is definitely one of my favorite countries and I would go back there again and again.

What’s in store for Solitary Wanderer in 2017?

Now that I’m assured that my mother has fully recovered, I’m pushing through with Long-Term Travel 2.0, starting with 10 days in Israel and Armenia for my mother and me in March. As a Catholic, it’s been her dream to visit Jerusalem, and my siblings and I have pooled our resources to make that dream come true.

From Israel, I will go on to Europe in April and May, and if plans push through, to the United States in June. I hope to make my way by bus or train from California to New York, and then fly down to Mexico for Christmas, New Year, and who knows until when. 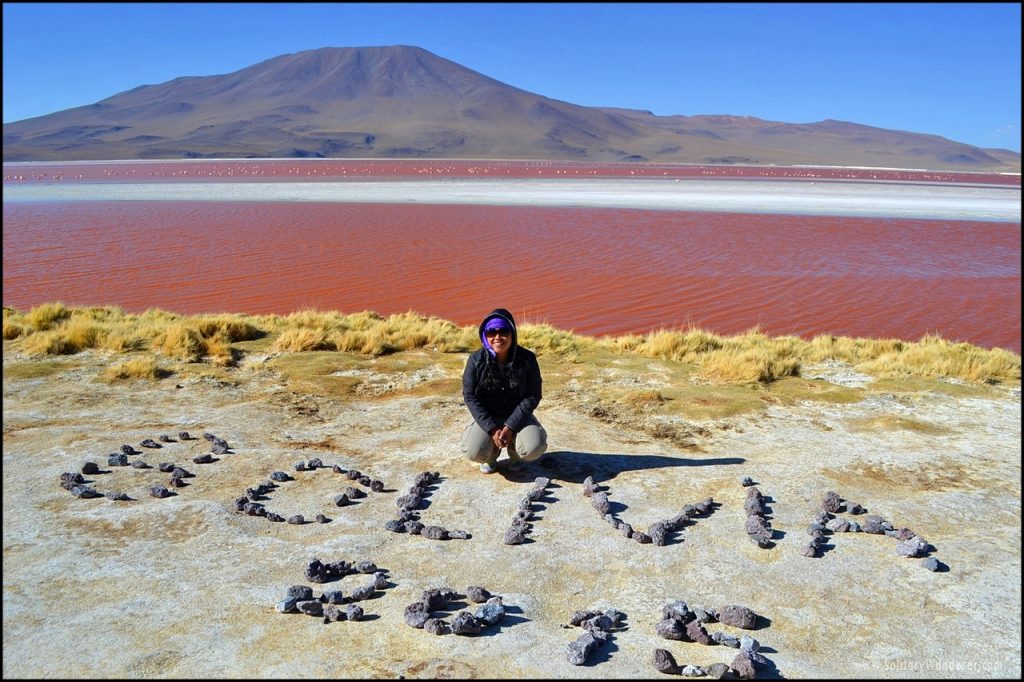 I’ll be back in South America next year!

In the meantime, I’ll do my best as well to be religious in updating this blog. I need to write my tips on traveling in Brazil, Bolivia, and Peru, as well as the United States, Japan, and yes, more on Thailand.

I’m also starting a monthly newsletter — nothing earth-shattering but it will definitely contain travel deals I find online, as well as more tips I can give about traveling solo as a Filipina woman.

Thank you to my readers who have stayed with me despite the erratic publishing schedule. I haven’t been replying to comments much in the past 2 months, but I promise to do so more this year.

Safe travels to all of us!

I love this post. I know how hard it is to have to get visas for many countries since I am from a developing country myself. I am happy to see you get some perks of travel blogging too.

It’s great that your mom is better! You’ve had a great year of travel too. That Thai dish table looks absolutely delicious. Keep blogging!

Thank you! Thai food is my fave. Yummy!

I felt so bad reading about your mom and then finding out she got well! Good on you and your siblings for making her Jerusalem dream come true! 🙂

Traveling in the US, I would say that the train is a lot nicer than the bus. You can arrange your Amtrak ticket so you can get off, travel around an area, and get back on. It is so much fun to glide into the center of a city on the train, with no traffic stops…and the scenery is better, away from the roads.

I have read mixed reviews about the Amtrak, but the next time I’m in the US, I’ll definitely try it out. Thanks for the reco!

What an amazing year you had despite the challenges, especially the health condition of your mom. Happy New Year and hope to see you on the trail, road, mountain, etc. 🙂

Hope to see you on the road someday too hehe

What a turn of events! I’m so glad that your mom is better now. Wish you luck for your travels in 2017. Can’t wait to read your adventures. Safe travels! 🙂

Thank you, Reshma. It was nice meeting you last year!

I’m glad to hear that your mom’s health scare was all that just a scare. For someone whose family member did not survive a pancreatic cancer I know how difficult this type of cancer is. And despite the shortened long term traveling you did pretty well with overseas jaunts. Hope to see you pop up in Cali.

Hopefully this year, if things work out. I would love to meet you in person haha