Due to Couchsurfing and my love for traveling, I meet a lot of foreign visitors who ask me what else they can do if they have a few days in the Philippine capital before flying off to the provinces.

I usually suggest a one-day itinerary first, then let them know about day trips from Manila that they can take.

There are many things you can do outside Manila in one day, but here are some of my suggestions.

Snorkel and Dive in Batangas City

Two hours from Manila, the small village of Anilao in Mabini, Batangas is a haven for visitors who love diving and snorkeling. It is an area frequented by divers for its clear water and a variety of marine life.

It is one of the best dive spots in the country, and its accessibility to Manila makes it a favorite destination by locals and foreign visitors alike. A dive resort in Anilao, Batangas.

Swimming is not recommended in Anilao, as most of the beaches are rocky. However, it has numerous diving sites that are perfect for beginning and expert divers. Dive shops dot the area, and it is possible to take cheap introductory courses. I took mine at Planet Dive, and it had been great!

How to go to Batangas: If you’re near the city of Manila, go to the Buendia bus terminal (ask your hotel how to get there). From Quezon City, you can either go to the Cubao or Kamuning bus terminals. In both places, they have a lot of bus liners going to Batangas, e.g., JAC Liner (get this for free Wifi onboard!), Jam (also with Wifi), Ceres, Alps, and Batangas Express.

The sign board should say that it is going to Batangas Pier via the Calabarzon/Balagtas/Tambo exit (don’t take the one passing by Lipa, as it is the longer way). Fare from Quezon City is P175, one way. From Manila, it should be around P165.

From the Batangas bus terminal (junction), take the jeepney going to Anilao. Fare is P35, one way. From Anilao pier, you can take tricycles going to your specific dive resort. Fare is negotiable. 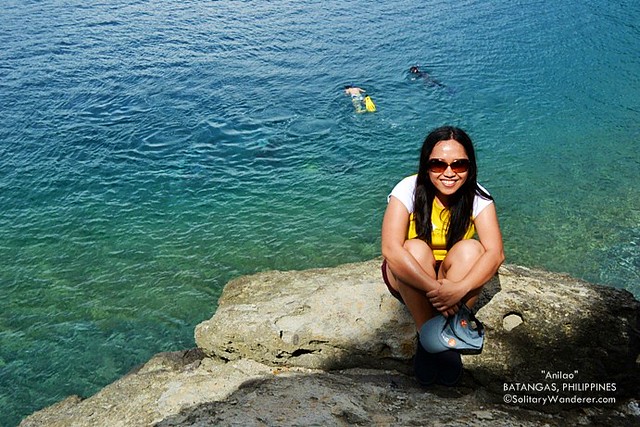 Aside from swimming, you can also climb boulders in Anilao.

In the same province of Batangas is the world’s smallest active volcano. Mt. Taal is a 406-meter-high crater, and has been described as a “crater within an island within a lake” because it is located in the middle of Taal Lake.

Mt. Taal had been much larger before, and when it collapsed, the lake formed around it. The ridges overlooking the lake (which is part of the province of Cavite) were supposed to be part of the crater of the old volcano.

It is possible to hike up to the crater of Mt. Taal. A small motorboat is usually hired—one will be offered tours virtually anywhere in Tagaytay, the nearest city—and a boatman will take you to the island.

Once on the island in the middle of Taal Lake, there are horses for hire to take visitors to the crater of the volcano. If one is fit enough, however, the hike up to the crater will only take around 45 minutes to one hour. The beautiful Binintiang Malaki which is part of Taal Volcano. ©Nis Jensen

Aside from Taal Volcano, there are places in Tagaytay as well that one can take the whole family to, including the People’s Park in the Sky. The unfinished mansion of former Philippine President Ferdinand Marcos, it was originally built for the (canceled) state visit of former US president Ronald Reagan. When Marcos was ousted, the property reverted to the Philippine government and it was opened to the public.

Tagaytay City is only a two-hour bus ride from Manila. It has been called the most pleasant city in Asia, probably because of its high elevation and cool climate. Its proximity to Manila makes it a favorite destination for people who want to escape the smog of the metro and still be back by nighttime.

How to go to Tagaytay: Either take the MRT and get off at the EDSA-Taft Avenue station, or take a cab and get off there. Behind McDonald’s at the corner is a bus terminal. There’s one going to Tagaytay. Fare is around P75, one way. 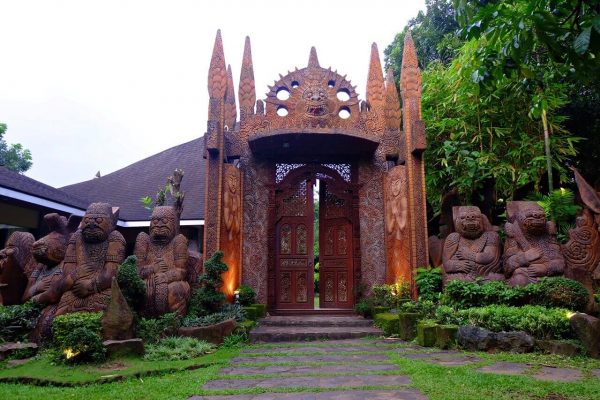 Hi Aleah. I’ve already been to Taal and Anilao. Any other recommendations for day trips from Manila?

Nice :), I live in Manila and I’ve never been to Anilao lol. I’ve been to tagaytay lots of times but never hiked to taal yet. I must cross these two off my list this year.

I wasn’t able to do Taal.. hehe.. did the Manilla day trip instead. maybe next time.. will take ur tips and jot it down for future reference! thanks!

Great guide! Haha! Thanks for such wonderful ideas!

Did a day trip to Taal volcano several years ago but found the horses used for commercial tours poorly cared for – they all look like they need more grass to eat! Nonetheless, I’d be happy to return again but I’d rather do it under my own steam.

@ JR: Yeah, those two are just the most common day trips taken by visitors 🙂
@ Jardness: There’s a bus in Clark airport going to Manila. I think the last stop is Pasay City. From Pasay, take the jeepney going to MRT EDSA Taft/LRT Taft, then cross to the other side where a McDonald’s is. There’s a small street beside McDo leading to a bus terminal behind it and you can get buses there going to Tagaytay.

From Tagaytay, there will be a lot of people offering you boat rides to Taal. A return trip would cost around P1,000, so haggle and/or go with other travelers so you can split cost. Once you’re there, you can trek up or hire a horse. Trek takes 45min, and I’ve done it quite easily. If it’s hot though, or if you don’t like hiking, taking the horse can be a good idea 🙂

Dear.. I’m going to attempt to go to Mountain Taal from Clark.. Can u tell me how? I’ll be leaving for Clark tomorrow night from Kuala Lumpur

Great ideas. I’ve just recently begun exploring the Philippines, so I’ll definitely try and do some of these suggestions sometime!

@ Marisol: Yes, even without the trekking to the volcano, going to Tagaytay is highly recommended because it’s much cooler there than in Manila!
@ Photo Cache: I guess it’s time to come home, eh? 😉

day trips are fun, big fan of them.

i like tagaytay, what very little i saw of it from a long time ago. i really should start saving my pennies for a trip back home.

Good recommendations, Aleah! Taal is my favorite getaway from Manila. Nice view, nice breeze and a lot of good food to be had.

@ Jardness: If you need any info, just shoot me a message and I’ll try my best to help you 🙂
@ Salika: Yeah, and not only because it’s near Manila 🙂

Interesting things to do in a day in Manila. Mt. Taal sounds like must-visit place.

am going to Manilla end of next week. thanks for all the recommendations and tips I’ve found on this blog. Helped a lot!