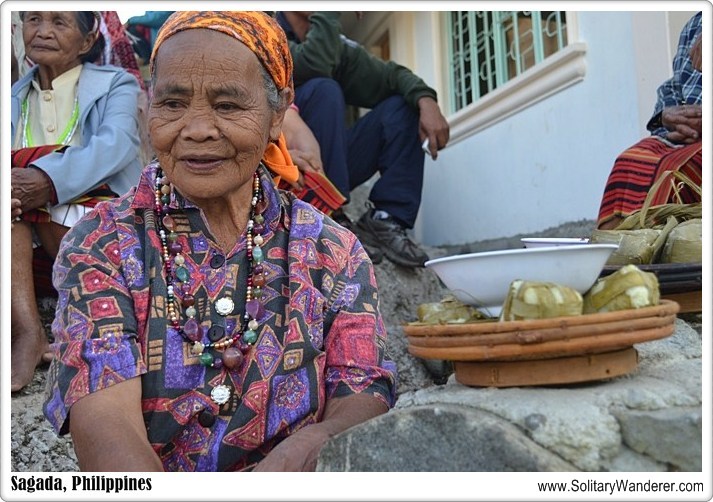 The small town of Sagada in the Mountain Province gets overrun by local tourists during the holidays, not only because it’s a beautiful and scenic town, but also because of its unique cultural practices.

Come All Soul’s Day, Sagada would again be full of tourists because of their tradition of lighting bonfires in the cemetery on that day. Called the Panag-apoy, it is their way of remembering their departed loved ones.

Prior to the Panag-apoy, however, there’s another activity that the townspeople observe: the Begnas Festival, Sagada’s thanksgiving ritual. 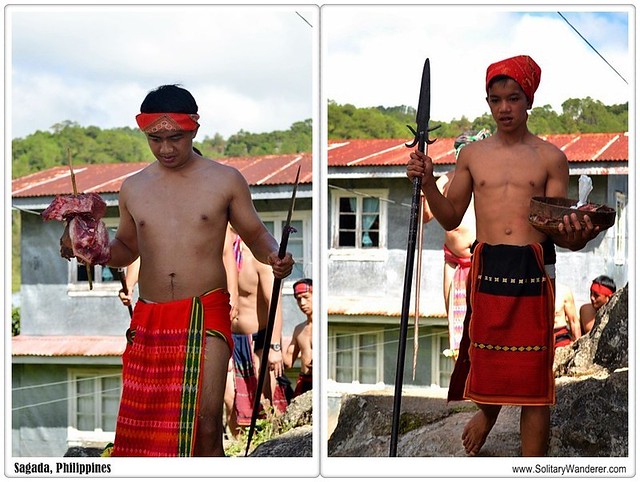 Men carrying pieces of the sacrificed animal to be offered at the dap-ay.

I was lucky to have observed the Begnas in 2011. My friends and I were waiting for our ride to Bomod-ok Falls when somebody mentioned that the ritual was going to start. We immediately decided to forgo Bomod-ok that morning and went off to the site. 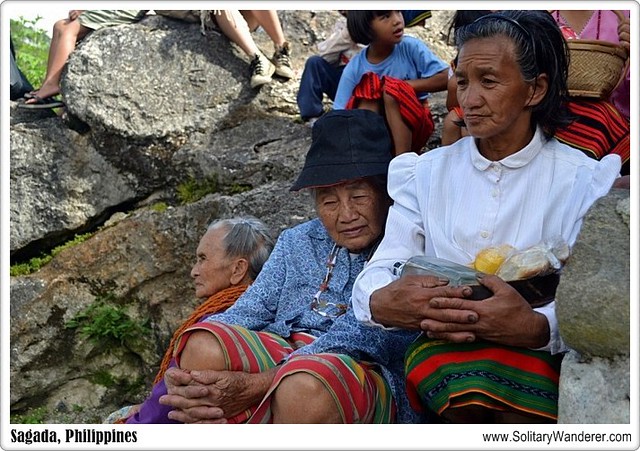 The elder women wait with their offerings…

During the Begnas, the people of Sagada dressed in their traditional clothes and went to one of their dap-ay (their cultural/social center), the host site for that day. They waited near it, waiting for a group of men who went to the mountains to sacrifice a pig in the place they call patpatayan, their community’s sacred ground. 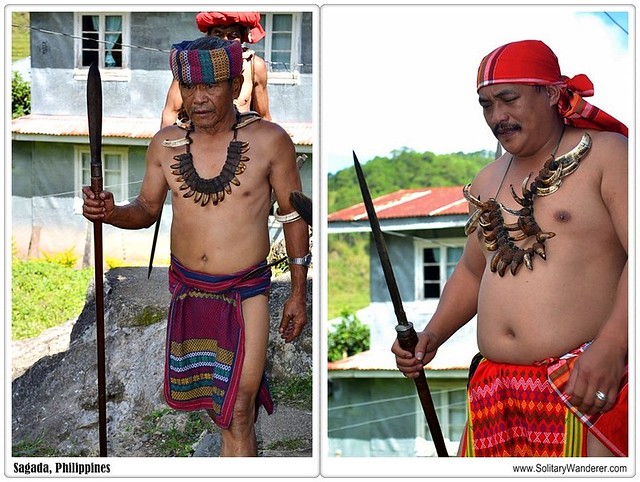 …while their mensfolk march with their spears.

Once the pig was killed, parts of it were sliced off to be carried back by the men to the dap-ay. They marched single file across rice fields with their spears and offerings, chanting all the while. 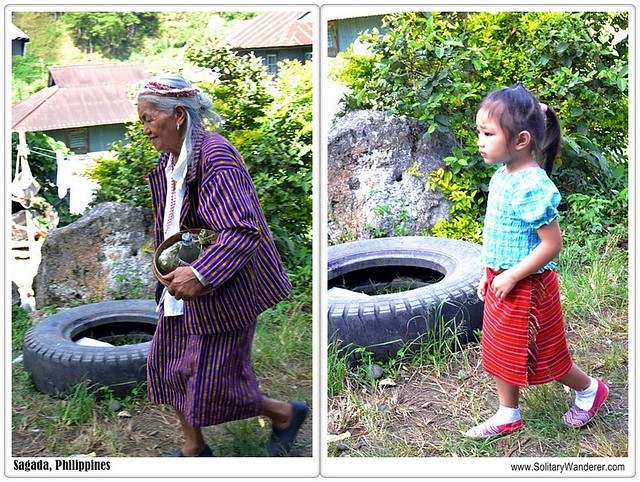 Anyone can join the march towards the dap-ay…

Along the way, the group was joined by other people–men, women, and children–in marching towards the dap-ay, carrying their own offerings, from rice balls and bread to bottles of gin and matches. Anyone could join, even tourists, as long as they were wearing traditional Igorot clothing. 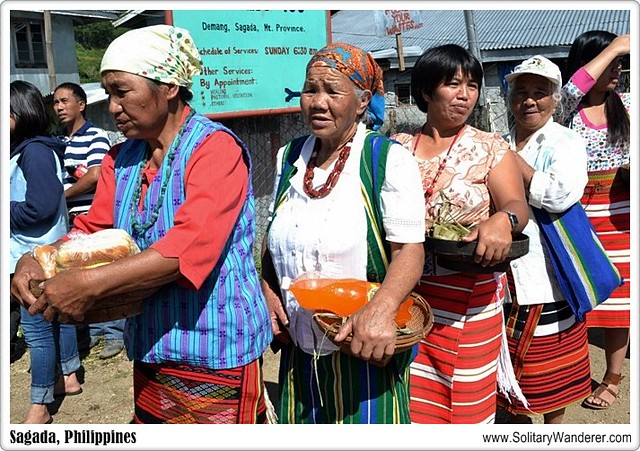 Once they reached the dap-ay, an elder recited some prayers, asking the spirits for a bountiful harvest. All the offerings were brought to the dap-ay too, and even the old women who waited for hours for the marching men fell in line to bring their food baskets to the center. 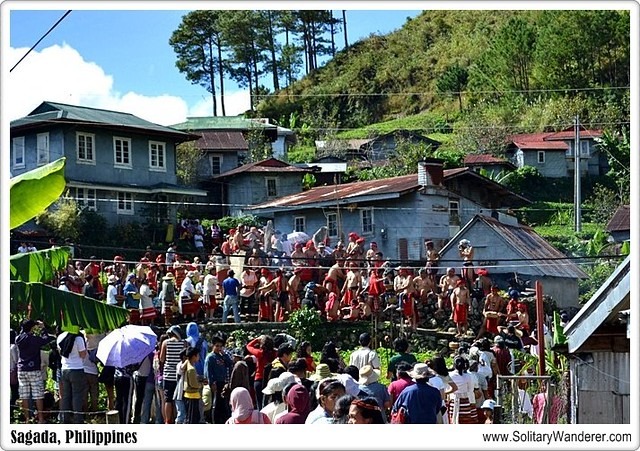 The dap-ay where offerings are laid and prayers are said.

There are no fixed dates for the Begnas Festival. It’s the tribe’s elders who decide when to hold it, given several considerations. Standing there watching the Sagada people making their offerings and praying for a bountiful harvest, I felt quite lucky I had the chance to observe a very old tradition.

Despite it being a very popular tourist destination in the Philippines, Sagada’s culture is indeed very much alive and practiced, and I’m more than glad to see it. 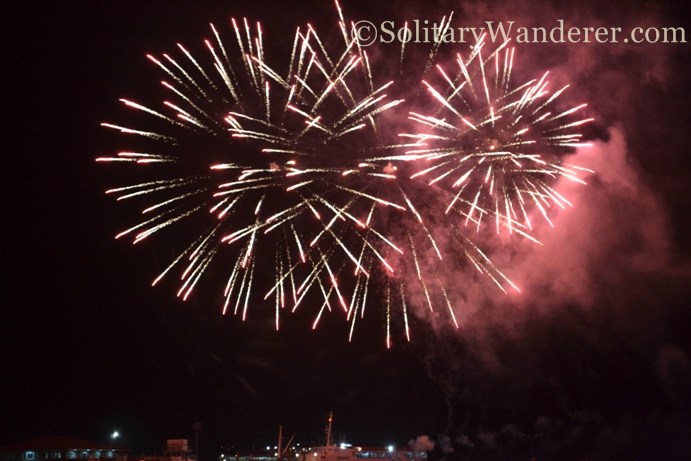 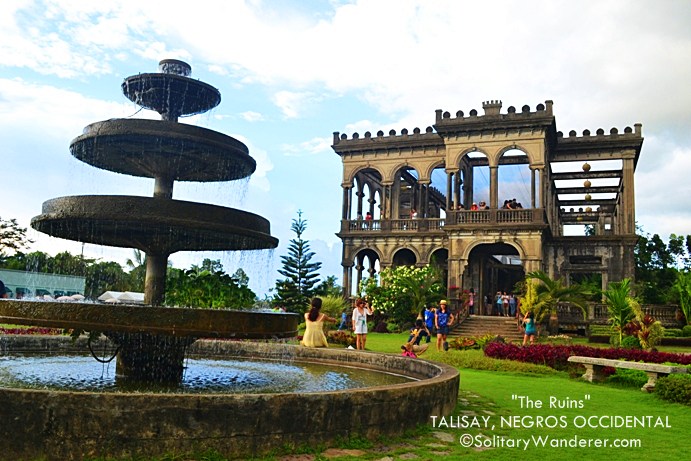 5 Things to Do in Bacolod City

Thanks for sharing your experience! I hope we get to catch this festival when we visit Sagada this year.

I also had the privilege of witnessing such a bucket-list fulfilling ritual! I didn’t even intend to see it when I went to Sagada. The universe conspired!

Wrote about and shared photos of my experience here: http://mytravelthon.com/begnas-sagada/

Please! May I know how to go to sagada by commute.I think it’s cheaper than package tour..Thank you..

@ Jill: Indeed. Memorable travel sometimes can be a stroke of luck.

It’s so cool that you got to experience this festival up close and personal. And talking about lucky timing, right?

@ Vhincent: Thanks!
@ Sarah: So true. We didn’t even know about this until the day itself.

Wow! Looks like an awesome cultural experience! I like the fact that there is no fixed date, making it more spontaneous and authentic. Lucky you for catching this!!

There are still so many things in our own country that we don’t know, thank you for sharing this i have no idea that the have this kind of culture.

@ Photo Cache: I hadn’t heard of this festival before, too, until the locals told us that it was starting already haha I’m so glad we went there to check it out.

it must have been an enriching experience to watch and participate in. i’ve never heard of this tradition before. well i know almost nothing about their culture to begin with, that’s why it’s really great that you feature this here.

@ Ron: Go, go, go! The locals lend tourists some traditional clothing so I’m sure you’ll get to wear a bahag when you’re there hehe
@ SLF: Yeah, they have a feast afterwards. Lots of fun!

Oooh, Royal Tru-Orange as offering!
What do they do afterwards? Feast?