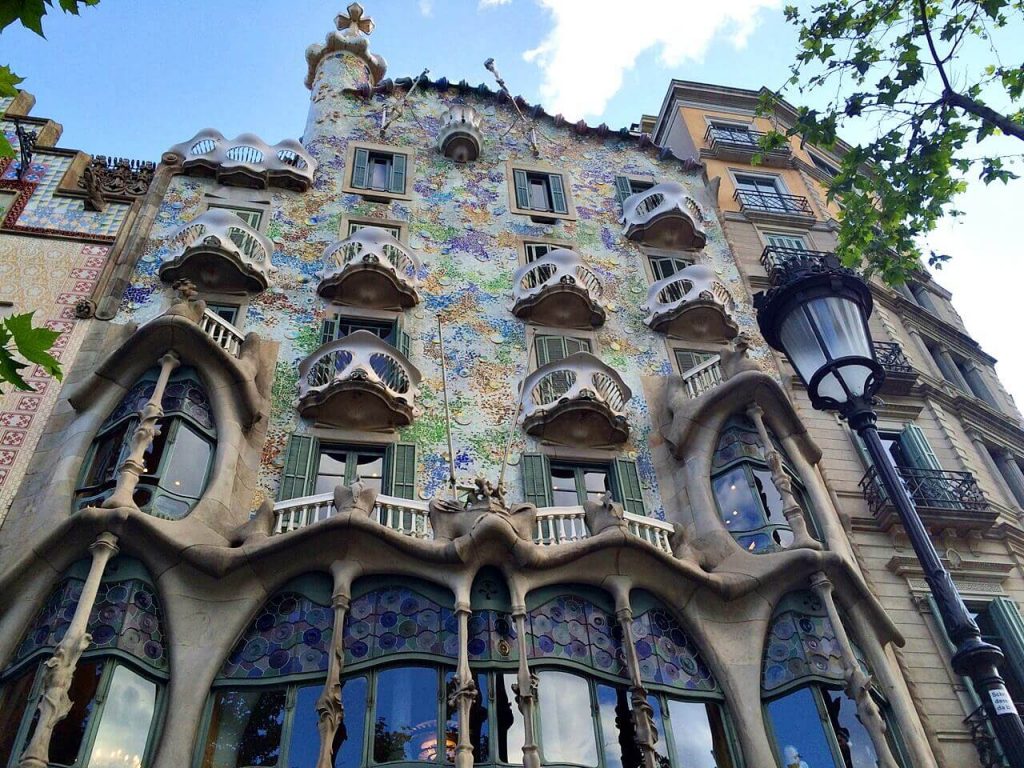 There’s no city on earth quite like beautiful Barcelona. With street after street of gorgeous architecture, the most delicious food, amazing nightlife, and beautiful beaches, Barcelona travel is definitely a must, both for group as well as solo travelers.

Barcelona is relatively safe. As a big city, of course, it has its shares of scammers and pickpockets, and common sense must be used throughout the city. That said, this Catalunya capital has loads to offer solo travelers. Take the time to visit the Gothic Barcelona Cathedral (La Seu), built in 1448.

There are a few ways to get to Barcelona city center from El Prat airport. A taxi costs around €30, depending on your destination and the time of day and week. All taxis in Barcelona are metered, and be sure to get into an official taxi at the airport.

The Aerobuses shuttle between the airport and Plaza de Catalunya (Catalonia Square). They leave every 5 or 10 minutes, beginning at 5:35am and ending at 1am. It costs €5.90 for a single ticket or €10.20 for a return. It takes about 35 minutes to get to the city center. You can purchase tickets from the driver (cash only) or from vending machines.

You can also take the train from the train station at Terminal 2, which takes between 20 and 25 minutes. A one way ticket costs €4.20.

Line L9 Sud runs from the city to the airport and it departs every 7 minutes from 5am until midnight, Monday to Thursday. It runs until 2am on Fridays and is non-stop from Saturday until midnight. It costs €4.60 for a metro ticket. For Barcelona solo travelers , hostels are a great option. Here are the top three hostels in Barcelona, for any traveler:

A great social hostel, Yeah! Barcelona is perfect for solo travelers. The hostel is squeaky clean, with maps and advice about the city. It calls itself a luxury hostel and its dorms have comfy mattresses on sturdy bunks.

The common rooms are a great space to socialize and meet some new friends, and the free walking tours encourage all guests to socialize. Yeah! Barcelona is a great spot to stay if you’re a solo traveler who wants to meet people but aren’t the biggest party animal.

You can walk to Yeah! Barcelona for around 20-25 minutes from Plaza de Catalunya via Passeig de Gràcia; you’ll pass by Gaudi’s Casa Batllo and La Pedrera so make sure to watch out for it!

Check updated and discounted rates for Yeah! Barcelona via Booking.com.

If you’re in the city to party, there’s nowhere quite like Kabul Party Hostel. With social staff and daily activities, Kabul Hostel was the first hostel in the city and enjoys a prime position in the center of the city.

The bar crawl takes you to a different club every night! There is free Wifi and a 24-hour reception.

The Loft Hostel is a great option if you want a winning mix of luxury and budget accommodation in the heart of the city. Each bunk in the dorms is kitted out with an individual bunk, curtain, shelf, and charging socket and there are roomy lockers underneath each bunk.

There is free Wifi throughout the property, too, and a restaurant on site.

Check updated and discounted rates for The Loft Hostel via Booking.com. The ceiling of beautiful Sagrada Familia.

Top Things To Do in Barcelona

There are so many things to do in Barcelona, a lot of which can be great for a solo female traveler, too. There is so much variety in the sights, sounds, and smells of this Catalunya capital that you’ll be more than happy to explore the city solo.

Possibly Gaudi’s most famous work of architecture, the Sagrada Familia is one of the must-visits while in Barcelona.

Even though Gaudi died nearly 100 years ago, the cathedral still hasn’t been completed — and there is a lot of controversy about whether he would have approved of today’s style of building.

I would suggest booking a tour to visit Sagrada Familia. There is so much to know about this Gaudi masterpiece it would be a pity to miss it.

Take a free tour of the Gothic Quarter

The Gothic Quarter used to be the center of Barcelona, called so because it was such a crucial place during Barcelona’s historic past. The labyrinth of streets includes squares, the Cathedral, and the Temple d’August.

The Jewish Quarter is within the Gothic Quarter and is also a great spot for a walk around. It has an old synagogue and lots of narrow streets. You can take a free walking tour of the Gothic Quarter, just don’t forget to tip your guide afterwards! The pavilions at the entrance to Park Guell.

One of Gaudi’s most famous buildings in the city, Park Guell is a must-visit in the city. It does take at least half a day, maybe longer,  to visit, but it’s well worth it. It’s best to head there when it opens (between 8am – 8:30 am throughout the year), as this is when it is cooler and less busy.

The best way to reach Park Guell when traveling solo is to take the Metro green line (L3) to Lesseps or Vallcarca — both of which are about 20 minutes’ walk from Park Guell. You could also take the Bus Turistic to Park Guell. It is about a 10-minute walk to the park from the bus stop.

If you’re staying at Yeah! Barcelona Hostel, you can walk to Park Guell as well, just note that it’s a little bit uphill.

The park demonstrates a unique style of Gaudi architecture and shows his appreciation for nature. The Monumental Zone, which has most of his famous pieces, costs 7 euros to enter and only 400 people can be in there at once. This is another great reason to visit Park Guell early in the morning!

Go around The Born

A great place to wander around in the city, The Born is fashionable, chic and has fantastic nightlife. El Born is home to the Picasso Museum and the Textile Museum — so it’s a great place for culture seekers to visit.

The Born is also a great place to go shopping, with some amazing boutiques and great shoe shops. Located between Via Laietana and Barceloneta, it is very easy to reach. Make sure to go find this fairy bar!

Sure, it’s such a touristy thing to do, but walking along La Rambla and having tapas or a drink is a fun experience even for a solo traveler. It’s a great place to people watch and you can also strike up a conversation with other dinners near you.

If you can find it, have a drink at the hidden fairy cafe, El Bosc de les Fades. It’s tucked away in a corner close to the Wax Museum so if you’re interested wax figures of historical and cultural characters, you can go there as well.

Laze on the beach

With all the inner city attractions, it’s easy to forget that Barcelona is by the beach. The beaches next to the city are actually all artificial; the Olympic games in Barcelona 1992 saw their introduction, as the city council wanted somewhere where visitors could relax. Before, the coast of Barcelona was full with factories and other industrial buildings!

The easiest beach to get to (and the busiest) is Barceloneta Beach, just 20 minutes from La Rambla. Visit by taking the yellow line metro and getting off at Barceloneta’s stop. Aside from tapas, try out the ubiquitous churros and hot choco.

A must-visit for any soccer fans, Camp Nou is home to one of the world’s best football clubs. The self-guided tour of the football stadium will show you the best bits of the ground and the history of the club.

The museum details everything football related, describing how Barcelona became the football club that it is today. Choose to look around by reading the displays or using an audio guide.

As well as the museum, you can also view a 3D virtual experience of the FC stadium which describes the main features of the pitch and surrounds. You’ll also have the chance to see some of the highlights of the stadium: such as the changing facilities of the away team, the benches at the side of the pitch and even the FC chapel.

The highlight of the tour though, is walking up the player’s tunnel to the pitch. You’ll get a new found appreciation for soccer after the tour. Plaza de Catalunya is Barcelona’s city center and where the old city and the new meet.

While a relatively safe city, there are a few precautions in Barcelona that must be taken.

Pickpocketing and bag snatching is unfortunately common in Barcelona. Make sure that you don’t keep any valuables in your pockets; use a money belt or a bag that you can carry across you.

Bag slashing also happens, but wearing your backpack at the front will signal you out as a tourist. Take care of your bags in restaurants; don’t leave it on the floor or hanging off your chair.

Often, pickpockets in Barcelona work in groups, some causing a distraction while others commit the crime. Keep your wits about you and turn away from anyone causing a scene to make sure you won’t be victimized.

When traveling solo, be sure to stay in well-populated areas, too, especially at night. Don’t go anywhere that is quiet and dark. However, avoid places that are too busy, or at least make sure your valuables are impossible for pickpockets to reach.

To safeguard yourself even further, don’t take your card out with you unless you’re withdrawing cash (taking a second card is an even better idea!) and only take the cash you need for the day.

Violent crime in Barcelona is rare, and if tourists do find themselves victim to crime it is almost always petty theft. However, exercise normal precautions. Don’t walk around at night unless it is an area you know to be safe, and definitely avoid Raval or La Rambla late at night. If you need to get home alone, take a licensed taxi.

Despite the flak it’s been getting lately, Barcelona travel is highly recommended for solo travelers. It’s a fun and vibrant city to be in, and its various cultural treasures as well as its delicious cuisine make it deserving of its top tourist destination in Europe.

Have you been to Barcelona? Would you like to go?
All photos by Aleah Taboclaon. 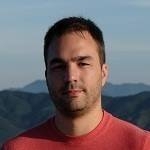 Antoine Tardif
Antoine Tardif is a Canadian travel blogger who now lives in the Cayman Islands, where he works in marketing and travels as much as possible. He has visited every continent except Antarctica and now he’s on a mission to show you the less visited side to places around the globe. Follow his adventures on his blog, Traveling Life, or find him on Facebook. 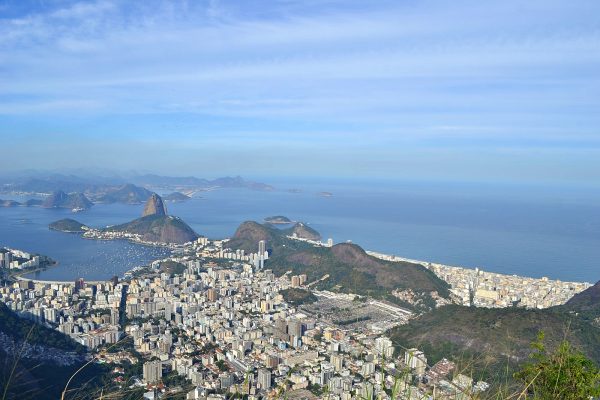 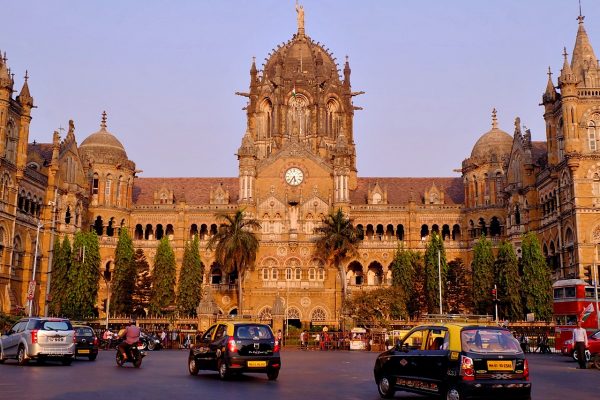 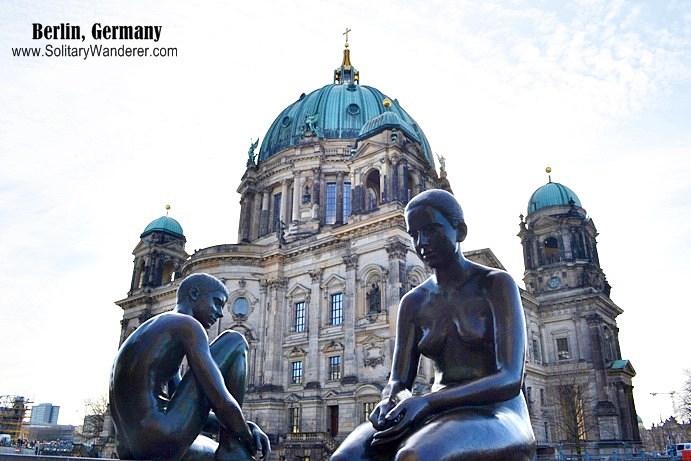 An Encounter in Berlin

Great tips! I’m in love with Barcelona and I agree with all of them! I’m a little worried about the pickpocketing thing and am trying to preplan for it now.

Great article and photography! Barcelona is so Beautiful. Going for the first time this summer.

I’m there in November. Thanks for sharing!

I am excited that I will be back there early next year. I cannot wait already.

What a cool city Antoine! My wife loved her visit to Barcelona. She dug the food and sites. Tweeted for you.